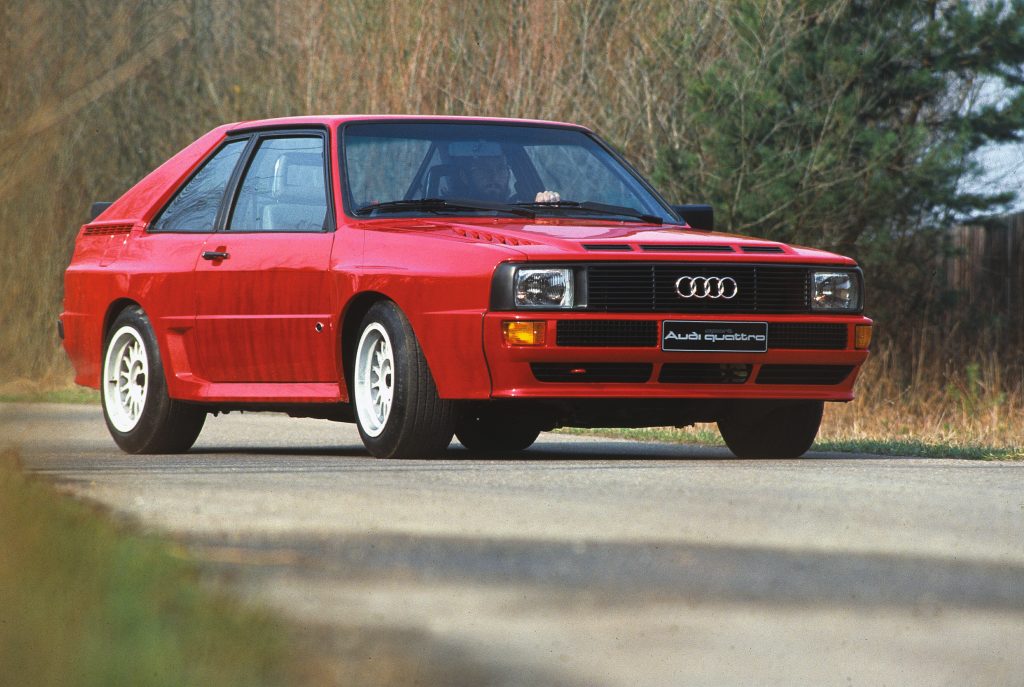 Among the most valuable and most desirable Audis of all time is the Audi Sport Quattro, based on the Ur Quattro rally car of the ’80s. The Sport Quattro was a short-wheelbase version of the standard rally car, designed to keep up with the improving Group B rally cars of the era. Not only was it more powerful and faster than the original Quattro rally racer but it was also lighter, more nimble and less prone to understeer. Plus, it looked the absolute business.

Group B rally racing required homologation, meaning that manufacturers actually had to build road-going versions of their race cars if they wanted to race. So despite the Audi Sport Quattro being a fire-spitting rally car, it was also sold as a road car — with obvious road-going modifications — which must have been absolutely incredible.

Finding an Audi Sport Quattro is nigh impossible and, when you do find one, they’re also shockingly expensive. So it’s not often that you get to see what it’s like to drive on the road. Thankfully, Car Magazine has you covered.

In this review of the old-school Sport Quattro, you get to find out what it’s like to drive one of Audi’s rarest and most legendary cars of all time.

Surprisingly, it’s not at all scary to drive. When you watch old Group B rally footage of the Audi Sport Quattro from back in the day, it looks like an untamed animal. However, according to Car Mag, it’s really quite easy to push and drive quickly, inspiring confidence in its driver. What’s more interesting, though, is that it’s also far more enjoyable to drive than the standard Ur Quattro.

Whereas the Ur Quattro feels a bit heavy and understeers like a barge, the Audi Sport Quattro does neither. It feels much lighter, had dartier and more responsive steering and ultimately feels far more engaging. Whereas the original Audi Quattro was more of a two-door, hatchback GT car; capable of munching hundreds of miles, in all weather conditions, with ease; the shorter-wheelbase Sport Quattro is like a miniature supercar.

If you want to buy one, be prepared to spend north of $500,000 at a minimum. However, it’s such a special car that it will absolutely provide more thrills than any modern supercar of the same cost.