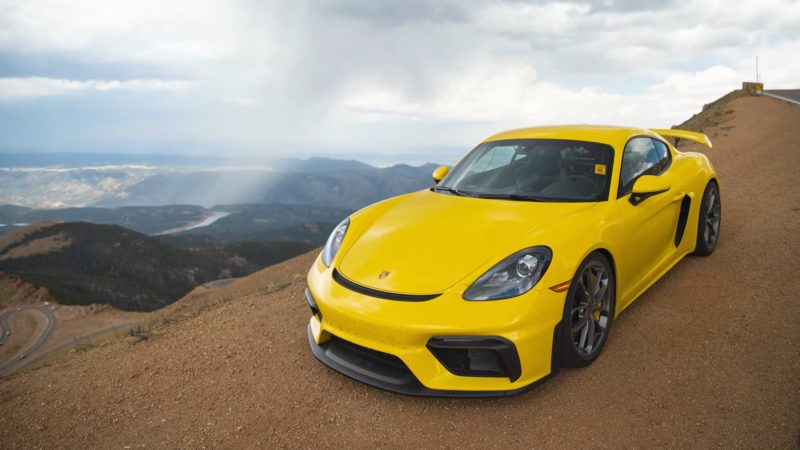 Larry Chen is one of the all-time great motorsport and automotive photographers these days. He’s got his own YouTube show on the Hoonigan network—which is great, by the way—he’s an official Canon photographer, and this year he was named the official photographer of the Pikes Peak International Hillclimb. He’s cemented himself as a legend among legends, if you ask me. Which is why it’s so great that this year Porsche loaned him a new 718 GT4 to road trip from Los Angeles to the peak and document along the way. That’s just over 1,000 miles one way, in case you were wondering. I could go for a thousand miles in a GT4 right about now, if I’m being honest.

There was a lot of weirdness surrounding Pikes Peak this year. The race ran much later in the year than it typically does, and there were no spectators allowed on the mountain for the first time, because of the global coronavirus pandemic. And with flying such a nightmare, I’m sure it was nice to have a Porsche Cayman to drive instead of worrying about catching your death on a virus-filled tube in the sky. When it comes to travelling during a pandemic, there’s nothing quite like the open road.

So how does a Cayman GT4 work as a road trip car? As it turns out, pretty well. The big torque and displacement on offer from Porsche’s glorious 4-liter engine are a boon for driving long distances at lopealong pace. Plus, wouldn’t you be excited to get out of your car at a rest stop and look back to see that face? I know I would. What a pretty car! And wouldn’t you know it? It sounds good, to boot!

Once at the peak, Larry sets about a laborious high-elevation photo shoot with some of the prettiest Porsches of the current era for our friends at 000 Magazine. If you missed that issue, you’re really missing out, it was great.

It was pretty cool to get a look at a few days in the life of one of the world’s best car photographers. When you get a chance, pull these videos up on your big screen TV to really get a feel for the details of the trip, and be sure to crank it up to get a few details of the GT4’s exhaust note. Good times all around.

The post Follow A Legendary Photographer On His Way To Pikes Peak In A Porsche 718 Cayman GT4 appeared first on FLATSIXES.