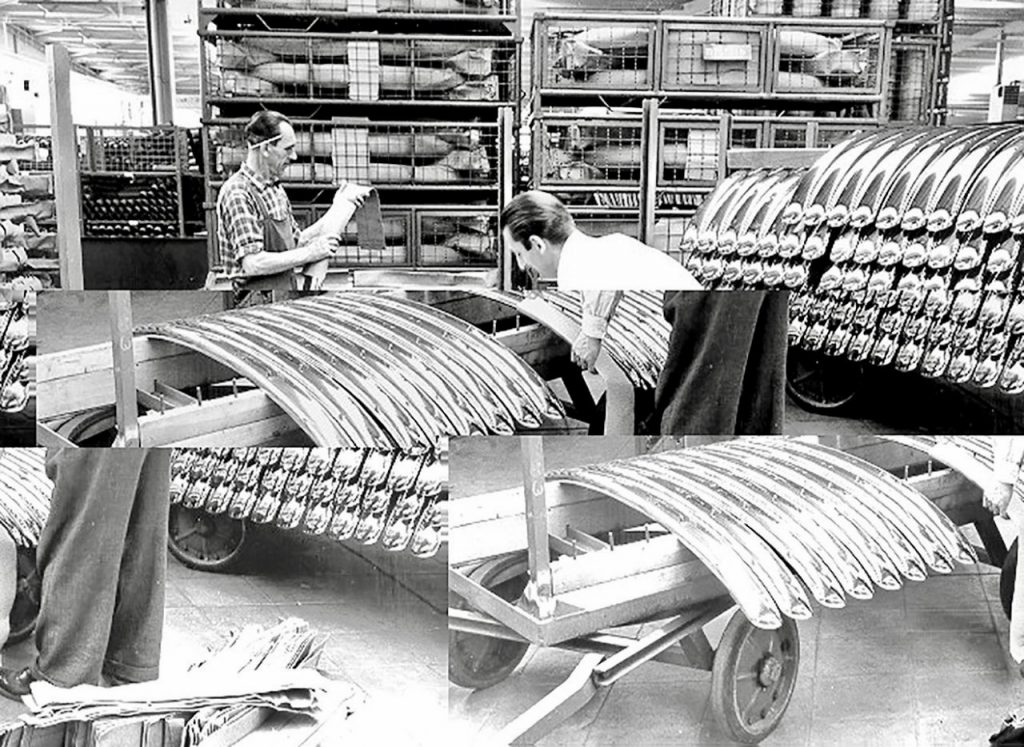 Think of them as the bugs in a box. Since 1950, Volkswagen not only built complete “Beetles” at its assembly plant in Wolfsburg, Germany, but shipped them as “completely knocked down” kits for final assembly in other countries around the world.

And Volkswagen isn’t alone in such knock-down kits. Components to build Jeeps often were shipped to American troops that way during World War II.

“Since 1950, the Volkswagen Passenger Cars brand has been exporting vehicles dismantled into individual parts in order to assemble them in the destination country,” the company said.

“Initially, the approach was to open up new markets; nowadays, CKD(completely knocked down kits)also ensures supplies to Volkswagen’s global production network – and is a key factor in sales. To date, about 200 million vehicles have been exported to countries throughout the world. About 3 million further vehicles or parts are added every year.

“The CKD approach may be adopted for a number of reasons; it may not be viable to build a factory in the country concerned, volumes may be too low for local production, the cost of new tooling for a local plant may be too high or customs and import regulations may call for this approach.”

VW notes that 660 employees in three of its distribution centers work on the kits, supplemented by those in five other locations, including Spain.

“These eight packaging centers ship a total of about 1.7 million cubic meters of goods every year, corresponding to about 25,000 overseas containers,” the company said.

“From the receipt of an order, it takes about eight weeks before the vehicle is delivered in the destination country. All in all, about 90 different vehicle projects of overseas plants are supplied via CKD from Europe.”

It all began, VW reports, with the first dismantled Beetle shipped to Ireland. Next came South America.

“Especially in South America, the assembly of CKD vehicles laid the foundation for the major production companies now operating there, such as Volkswagen do Brasil or Volkswagen de México. Nowadays, there are 27 assembly locations in 10 countries.”

Knock-down kits often are used for producing special versions of vehicles, such as those for right-hand-drive markets. Also, Tiguans built in Russia and Mexico come from such kits, the company said.

“Once, the parts were packed in boxes manually. Nowadays, high-tech systems are used. Highly advanced robotic systems provide support for loading the components at the distribution centers. They are equipped with a special hand attachment allowing them to grip vehicle parts of all shapes and sizes. This relieves the burden on the team, especially when packing heavy vehicle parts.

The post Bug in a box: VW explains use of ‘knocked down’ kits appeared first on ClassicCars.com Journal.