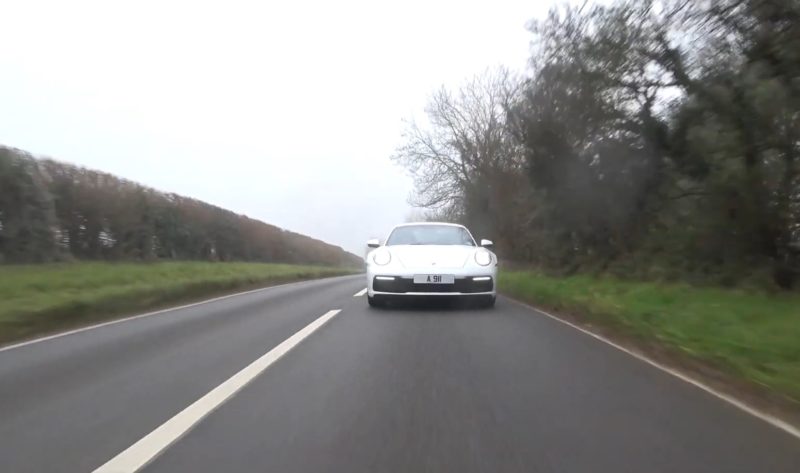 Since at least the launch of the 991, I’ve had the impression that the best Porsche for the average Porsche owner to buy is a base model 911 with sport seats, maybe a nice color paint, and no other options whatsoever. As the 911 becomes more and more competent with each successive generation delivering more power, more grip, and more comfort, it’s far more rewarding to climb aboard one you can actually stretch the limits of. Even a Carrera S provides the speed and power of a GT3 from just a decade ago. Who needs all that? Forget the electronic nannies and rear wheel steer and and trick suspension and boost modes, just give me as close to the old-school 911 experience as I can get.

You’re buying a sports car to drive it, right? Who gives a flying flip about collectability or long-term value when you could be out there roaring across the open road in a glorious Carrera? Admittedly the Carrera is only currently available with a PDK transmission, but that hopefully will change soon, as the Carrera S launched the same way. I expect the 2022 model year Carrera will offer a shift-it-yourself option and save you a few doubloons.

In a recent video, Harry Metcalfe got a chance to drive the 911 Carrera around, and he seems to agree with me. Forget the bells and whistles, forget the extra power, go for the car that starts in the five figures. Not only will you save over twenty thousand dollars, but you’ll be able to take better advantage of what power and grip you do have. Those lower figures mean you’ll be wringing the car out a bit more and pushing it up to and maybe beyond the limits on public roads with less (but not zero) chance of catching the eye of the local constabulary. Now, doesn’t that sound worth it?