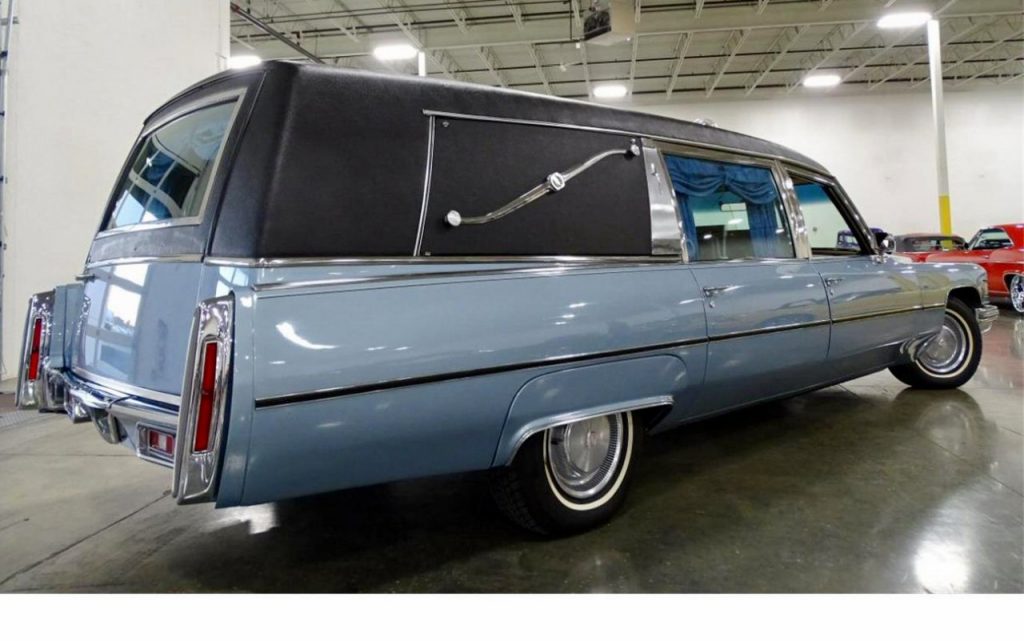 OK, this Pick of the Day isn’t for everyone, but if you’re looking for a classic vehicle that will stand out in a crowd, and that might even get traffic ahead of you to move out of the way, you might consider this 1976 Cadillac Miller-Meteor hearse/ambulance being advertised on ClassicCars.com by a dealership in Chicago.

However, the dealer notes that if you’re interested, “Make sure you measure your garage to be able to fit this 22-foot monster.”

A.J. Miller started making horse-drawn carriages in 1853 in Ohio and, like so many others in that business, built some early engine-powered vehicles as well. But it couldn’t compete with the major players so it began specializing in producing coachwork for hearses and ambulances. In 1956, Miller was acquired by school bus-builder Wayne and was merged with Meteor, another professional-car producer that Wayne had acquired two years earlier.

Fans of Ghostbusters will be interested in learning (or already may know) that the Ecto-1 was a ’59 Caddy with Miller-Meteor coachwork.

The Pick of the Day wears blue paint and has a tan cloth interior. Its top is black vinyl topped by a functioning Beacon Ray ambulance light.  The ambulance also has a working public-address system.

Empowering this big vehicle is its original 500cid Cadillac V8. The car has an automatic transmission, power brakes and steering and, the dealer adds, “drives like any other Cadillac — like a dream.”

In addition to the front bench seat, the rear compartment, separated by a bulkhead and sliding glass window, has a pair of fold-down seats and a gurney-style stretcher. The rear also has its own climate controls.

The dealer notes that the vehicle spent most of its working life in Texas, which “has kept the underside clean and away from all the nasty snow and salt Winters bring.”

The hearse is offered for $24,000. To view this listing on ClassicCars.com, see Pick of the Day.

The post Pick of the Day: This classic Caddy isn’t for everyone appeared first on ClassicCars.com Journal.