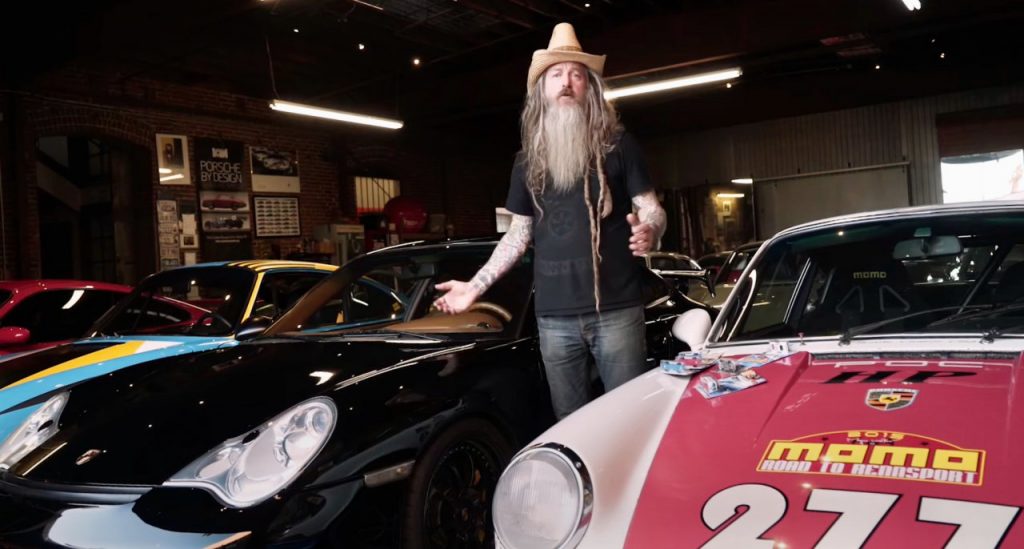 The new Brumos Collection in Jacksonville, Florida, may be primarily a Porsche museum, although not exclusively and thus the restoration by the museum’s workshop of a 1925 Bugatti Type 35. That car’s rebirth is the subject of an “Inside The 59” behind-the-scenes video.

The car originally was owned by Standard Oil heir and New York socialite Wallis Bird and was raced only once in period, then again 12 years after it was built, with the car entered in the 1937 Automobile Racing Club of America Grand Prix against competitors including Miller, Duesenberg, Alfa Romeo and other Bugattis.

Except for that event, the car was parked in the 27-car garage at Bird’s mansion until it was acquired by another owner, and then another, and finally by the Brumos Collection.

“To recapture the Bugatti’s original qualities, an 11-month project focused on a much-needed servicing of the French racecar’s jewel-like 2.0-liter inline 8-cylinder engine,” the museum said

“To gain access to the Type 35’s engine necessitated the methodical and fastidious disassembly of the historic 95-year-old automobile.

“The painstaking process of returning the Bugatti to its original beauty without the wholesale obliteration of its original character and components — known in collector car circles as a ‘sympathetic restoration’ — involved arduous work both under the hood and throughout its chassis and exterior.

“We started off with a plan for basic maintenance, but soon realized that the engine needed to be re-cylindered, as it had some major oil leaks that had to be fixed,” said Brumos Collection assistant manager Aaron Israel. “Certain pieces of hardware needed to be corrected or re-machined to fit better than they had previously.  We also cleaned all the hardware to remove any rust or corrosion. That’s critical in preventing decay and ultimately preserving history.”

Thanks to paint-and-body specialist Terry Simmons, the car was returned to its original color, discovered during the disassembly process.

With so many people unable to venture very far from home, the Petersen Automotive Museum in Los Angeles has created a series of virtual visits to some very special private collections. In the latest, Magnus Walker opens his Porsche collection on a two-part tour.

“Think of it as going back to driver’s training— old school — that is,” said museum curator Jay Follis.

“Driving a Model T Ford is truly unique as it’s controlled by three pedals on the floor, a handle beside the seat and two small levers on the steering wheel,” the museum points out. “The only fuel gauge was a wood stick placed into the gas tank — located under the driver’s seat. A speedometer was an option and a hand-operated windshield wiper didn’t become standard until 1925.

“By the way, there’s no key starter or no push button on the dash.  Motorist had to hand turn a crank out in front of the vehicle, all the while adjusting the spark and fuel mixture!”

The museum offers 30 dates during 2021 when visitors can schedule such “time travel” on the roadways through its large campus-style location. The price is $125 per student. For details, visit the museum’s website.

With the coronavirus preventing Molsheim, France, from hosting its annual Christmas market, Bugatti decided to give its hometown a specially wrapped present, with the one-off Bugatti La Voiture Noire displayed for all to see in an illuminated glass case.

“I am very grateful to Bugatti for this wonderful gift to our city,” said Laurent Furst, mayor Molsheim, which in addition to Bugatti is home to the Cite de l’Automobile, the famed Schlumpf Car Museum. “Now all residents of Molsheim have the very special opportunity to admire this unique masterpiece.”

The car will be on display through March 2021, Bugatti said.

The LeMay Collections at Marymount in Spanaway, Washington, opens its drive-through holiday light experience on December 18. The event runs through January 3, 2021.

The post Brumos known for Porsches, but museum restores a Bugatti appeared first on ClassicCars.com Journal.