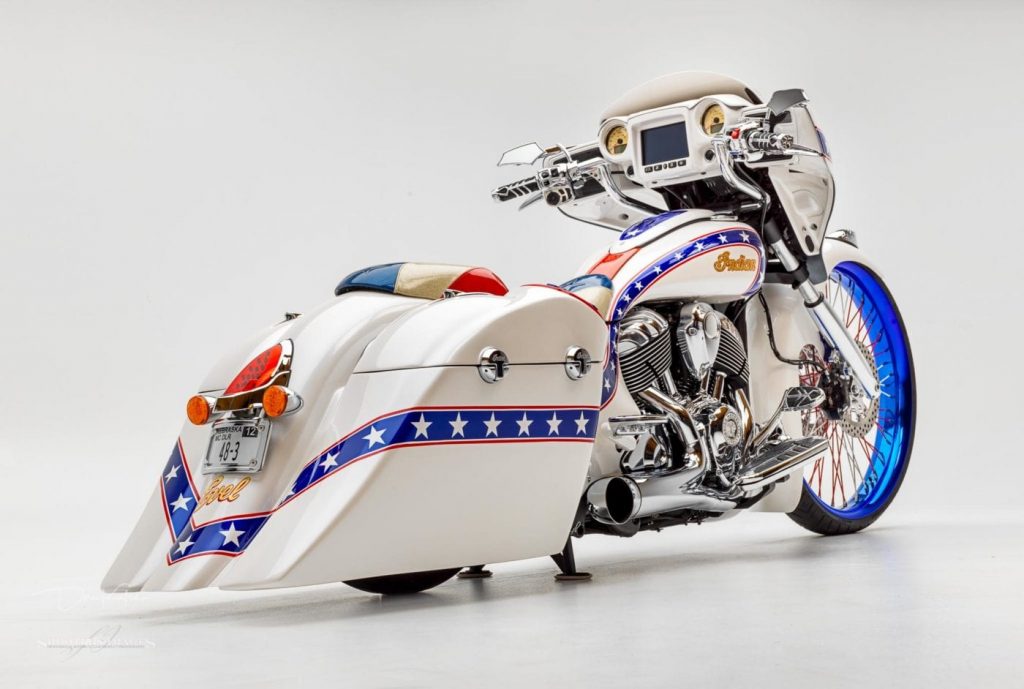 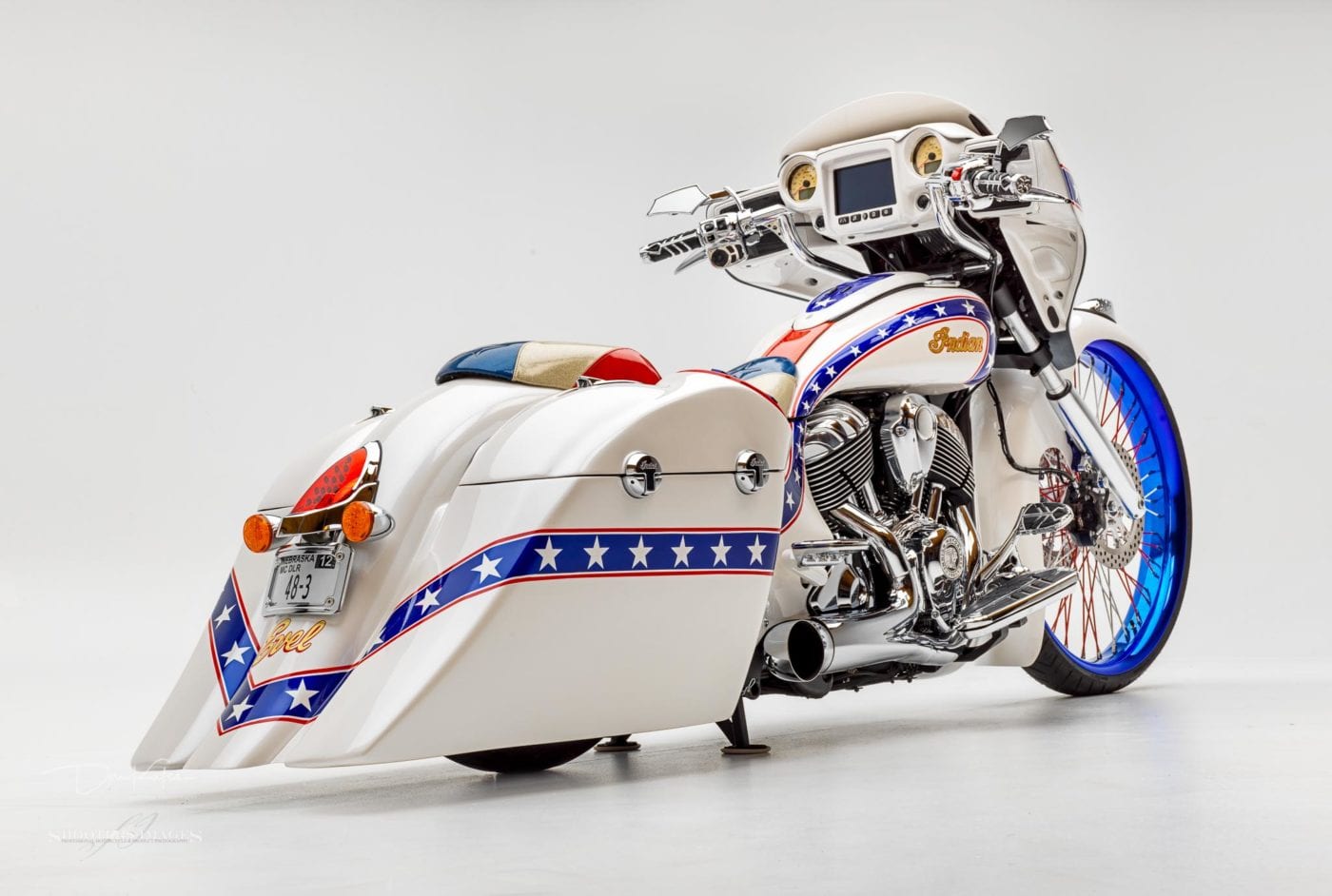 Presented by Private Seller – USA Baggers’ first motorcycle of their “Legends Series” is a Travis Pastrana/Evel Knievel influenced “Stars and Stripes” Indian Chieftain Motorcycle. The inspiration came from Travis Pastrana’s three legendary jumps in Las Vegas in July of 2018, the third being the iconic fountains at Caesars Palace.  Travis did this to honor his hero and mine,  Evel Knievel.

The hand-painted striping on the tank is Pastrana but the classic V shape in the back is Evel Knievel all the way! From the multi-step white pearl paint to its gleaming blue 30-inch candy blue rim front with red and white spokes, this bike demands rubbernecking. Perched atop the retro 70’s stars and stripe seat and listening to the over 600 watts of ear numbing decibels screaming from the 8.5 rear JL audio speakers and 5.5 JL audio front speakers with bass kicking from a 10” sub and all that are running seamlessly through the factory Indian ride command system, you still can’t help but hear Evel Knievel’s words when he said “Live hard, ride fast and regret nothing.”

With its perfect trail numbers and rake, giving this big beast great handling features, to the sleek voluptuous curves of USA Baggers custom “Bare Back” kit, this bike is nothing short of a rolling work of art. However “awe-inspiring” it is to gaze upon, it’s just as “awe-inspiring” to ride. This bike takes big gulps of air through a 60 mm venom-plenum throttle body and spits it out with a deep menacing growl through the 2 into 1  4 inch custom “Pow Wow” pipe. It receives commands from the customized fuel and performance mapping program through Fuel- Moto all adding additional horsepower.

This isn’t just some cut and weld neck on this Indian Chieftain. Vic Baggers produced a custom-built first of its kind, short neck triple tree and backbone specifically for this Indian Chieftain. This allowed placement of a 30-inch front rim and with relentless pursuit, we were able to achieve the ideal rake and trail numbers to achieve great stability, agility and handling.

A front and rear air ride system was added, providing adjustable rebound and compression on the rear shock giving a smooth ride with adjustable travel.  It also allows the bike to sit level on the ground, but rises up to over 7″ for travel.  This is a one of a kind motorcycle and will be appearing in upcoming magazines such as American Iron and calendars released for 2020. This bike was featured in Daytona and Sturgis motorcycle rally and earned fan favorite at both places and was one of the most photographed bikes at both places.    Contact 308-340-5011 today to discuss the purchasing and delivery of this incredible machine and Become a LEGEND!