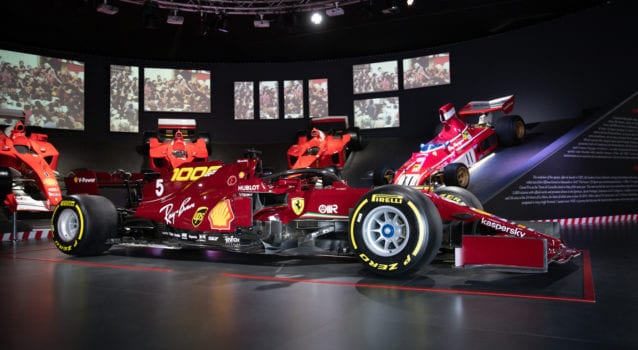 RM Sotheby’s partnered with Ferrari for the ‘Once In A Millennium’ auction that saw 16 pieces celebrating Scuderia Ferrari’s 1000th Grand Prix cross the block. The event occurred online and the results are more than impressive. The highlight of the auction had to be the SF1000 Formula 1 full-scale show car, which had an estimate going into the event of $243,000 but the hammer price was an astounding $1.54 million. Other lots included a racing suit signed by Mick Schumacher (sold for $55,300), a racing suit signed by Sebastian Vettel (sold for $43,700), a racing suit signed by Charles Leclerc (sold for $77,200) and more. You can see the results for yourself on RM Sotheby’s site by clicking here.