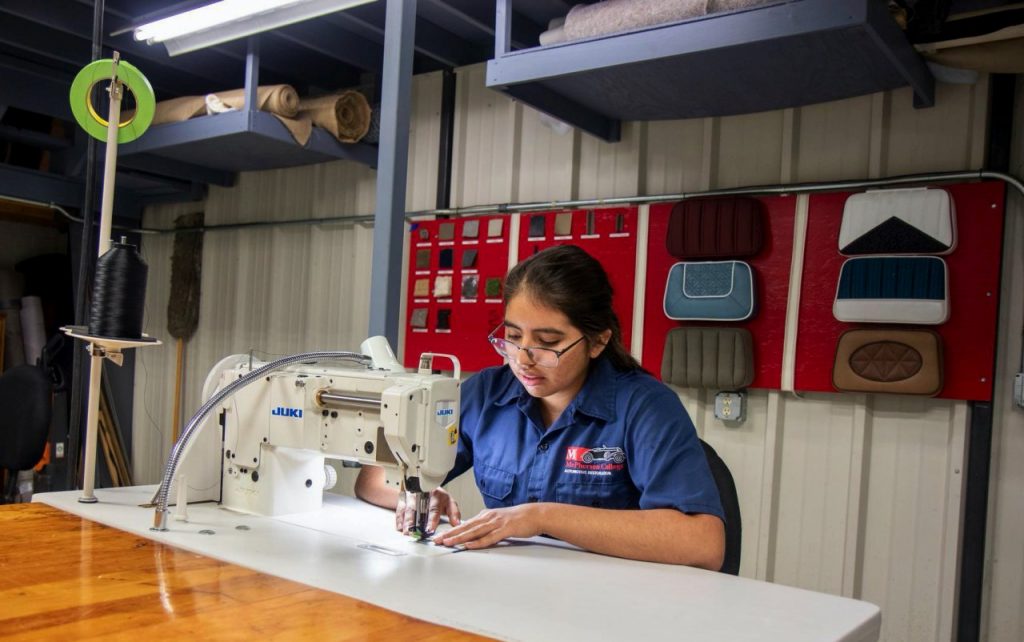 The Pebble Beach Concours d’Elegance has announced another scholarship program with the establishment of the John Lamm Scholarships to support students in the field of automotive communications. The concours already presents annual automotive restoration and design scholarships in the names of Phil Hill and Jules and Sally Heumann.

“In addition to creating and caring for great cars, we need people who can capture their stories and convey them to future generations,” said Concours chairman Sandra Button. “That’s what John did so well for decades, with camera and pen and computer. He photographed and wrote about great cars — as well as the people who made history with them. He also did all he could to connect car people. He was both a communicator and a community builder.

“In tribute to John, and in remembrance of the other automotive journalists we’ve lost in recent years (Denise McCluggage, Paul Ingrassia and Thos Bryant spring to mind immediately), we want to do all we can to encourage the car communicators of the future.”

Lamm’s career at automotive magazines, most notably 37 years at Road & Track, spanned nearly half a century.

The concours also announced the winners of its 202 Hill and Heumann scholarships — Wyatt Miceli, Jacqueline Gullion, Nate McLaughlin and Dylan Riley, each a student at McPherson College in Kansas.

The new Circle City Raceway, a quarter-mile dirt oval at the Marion County Fairgrounds in Indianapolis, will stage a U.S. Auto Club midget race on June 9, 2021, to honor the memory of racer John Andretti and to raise money for Race4Riley, a charity Andretti supported for many years at the Riley Hospital for Children in Indianapolis.

The race will be part of Indiana Midget Week and will have a “double duty” format in honor of the 25th anniversary of Andretti being the first driver to race in the same day in the Indianapolis 500 and the World 600, the later staged at Charlotte Motor Speedway in North Carolina.

An “autojumble” is the British term for what American’s know as an automotive swap meet. Shelsley Walsh, a British hilllclimb venue, has announced plans to host its first autojumble on May 15, 2021.

“It’s been a difficult year for all of us with limited running last year and it’s important that we take the Club and the Hill in a commercial direction that will guarantee that motorsport can continue here for future generations,” organizers reported.

“Mind you,” an official of the Midlands Automobile Club added, “The Hill has survived two World Wars, Spanish Flu, the Great Depression, at least six recessions and some increasingly unusual climatic events, so I expect it will dust off a mere Global Pandemic in short order.”

The facility also has announced dates for its 10th annual “Classic Nostalgia” event, to be held July 17-18, 2021, and to provide a weekend of vintage vehicles — racing cars and motorcycles celebrating “the glory days” of motorsport.

The British Motor Show, which already has started staging pop-up previews in the UK, has announced plans to add three driving experiences to its main event August 19-22 at the Farnborough International facility.

The driving events will include the Paul Swift Stunt Driving Experience, an opportunity for show visitors to ride in a Caterham, and driving lessons for those less than 17 years of age, the show said. The Under 17 event will put youngsters in manually shifted and dual-control cars for a 20-minute introductory driving lesson.

Sky Wave, which claims to be “the world’s best contemporary gin,” is establishing its first purpose-built facilities at Bicester Heritage, the former Royal Air Force training base that has become a center for vintage automobile and aircraft industries in England.

Sky Wave adds that it “has echoes of the 1920s and 30s in its brand and label design, reflecting the same era which saw the rise in the romance of motoring and aviation, so prevalent throughout the architecture and fabric of Bicester Heritage.”

In another tie to motorcars, the company notes that members of its team have long links to vehicles, including “hitching a lift across Europe in a Silver Wraith Mk II, driving a 30-year-old Range Rover across the Sahara, and owning an Aston Martin DB7.”