Back during the first-generation of Audi R8, the four-ringed brand debuted a special edition version at the end of the car’s life cycle. It was called the Audi R8 LMX (Le Manx Exclusive) and was the ultimate expression of the R8 at the time. It was also the last hurrah for the firs-gen car before it turned into the second-gen car. Yet, despite it being almost six years old now, the R8 LMX might still be the best R8 yet.

In this new video from Lovecars, you get to see the R8 LMX (and hear it) and see why it could be the best R8 of all time.

The Audi R8 LMX used the same 5.2 liter V10 as the standard car but it made 570 horsepower and 398 lb-ft of torque, which meant it was up 20 horsepower over the standard car. With that extra power, is was able to get from 0-60 mph in 3.2 seconds, which is actually a couple of tenths quicker than the current rear-wheel drive Audi R8 RWD. Top speed for the R8 LMX was 199 mph, which isn’t much slower than the current R8 V10 Performance.

However, what made the R8 LMX so special was its handling. It was sharper than the standard car, with better steering and more agility. Especially when you compare it to this current model, the Audi R8 LMX seems like the best driver’s car out of any R8. 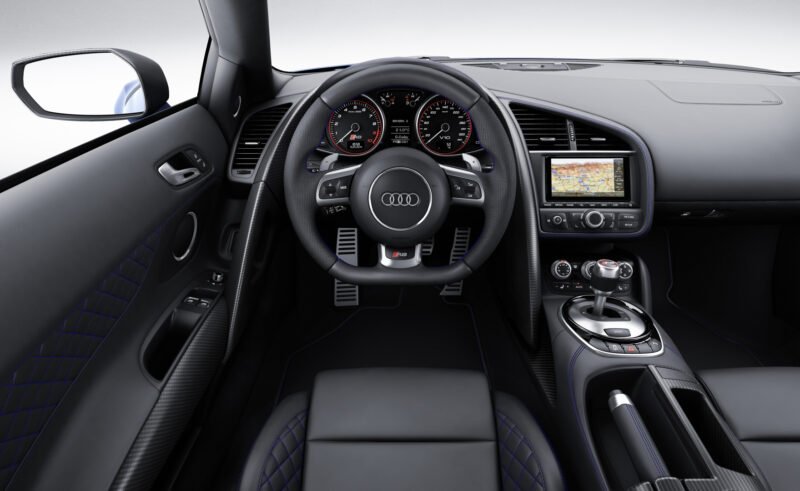 One of the more interesting aspects of the R8 LMX was its headlight technology. The Audi R8 LMX was the first toad car in history to use laser lights for its headlights and they were so bright they actually surpassed the maximum U.S. regulations for headlight brightness. Three times over.

The R8 LMX was extremely expensive back in its day, with a starting price of €210,000 but they’re likely worth more than they were then. Only 99 units were made, so there’s a good chance they become exciting collector’s cars in time. Check it out.

The post VIDEO: Is the Audi R8 LMX the Best R8 of Them All? appeared first on QuattroDaily.