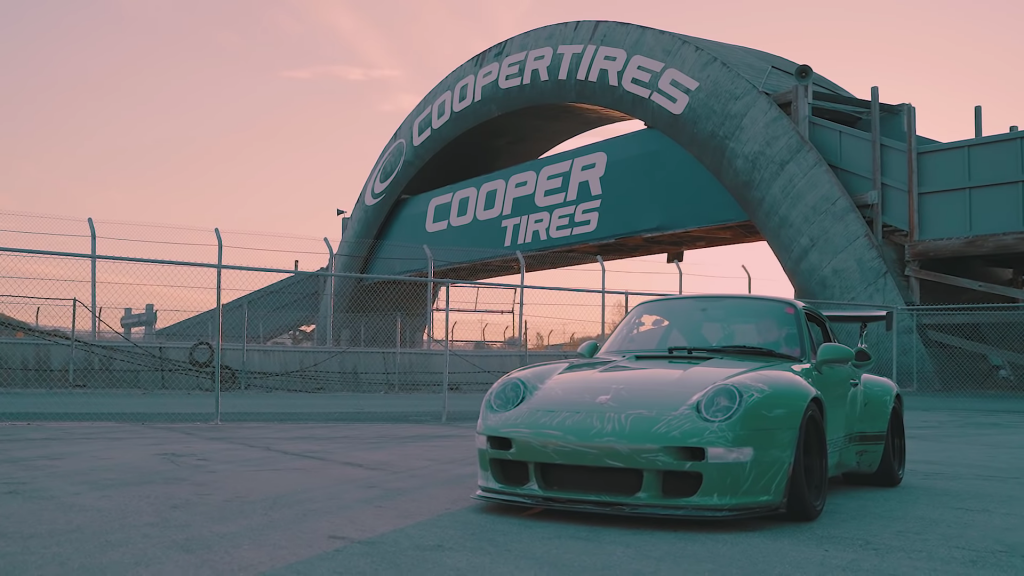 The nickname “Greenwich” suits it well. Expensive like the city.

Among the boutique 911 idealists, the one operation which seems to best blend superior coachwork and cosmetic taste with track aplomb is Gunther Werks. Their M.O. is fairly simple: apply the GT3 concept to a 993, clothe it in carbon fiber, leave as little space in the wheel wells as much as possible, refine the suspension setup with top-shelf motorsports items, slap on a set of slicks, give it a nice polish—and you get the general idea. Plus, it also sports an air-cooled 4.0-liter which snarls and pops and grumbles along with all the right notes you’d expect from a hot 911. Oh, and 435 horsepower.

The emphasis on low weight, stellar braking, and a usable powerband all come through in this hot lap around Laguna Seca in Gunther’s “Remastered 993′ in the confident hands of Randy Pobst. Its a demonstration of a chassis’ importance, even at a track renowned for its long straights and steep climbs. A 900-horsepower McLaren P1 matches lap times with this moss green screamer, which relies on its grip, surefootnedness, and urgency to match the hybrid hypercar around what is unequivocally a power track. 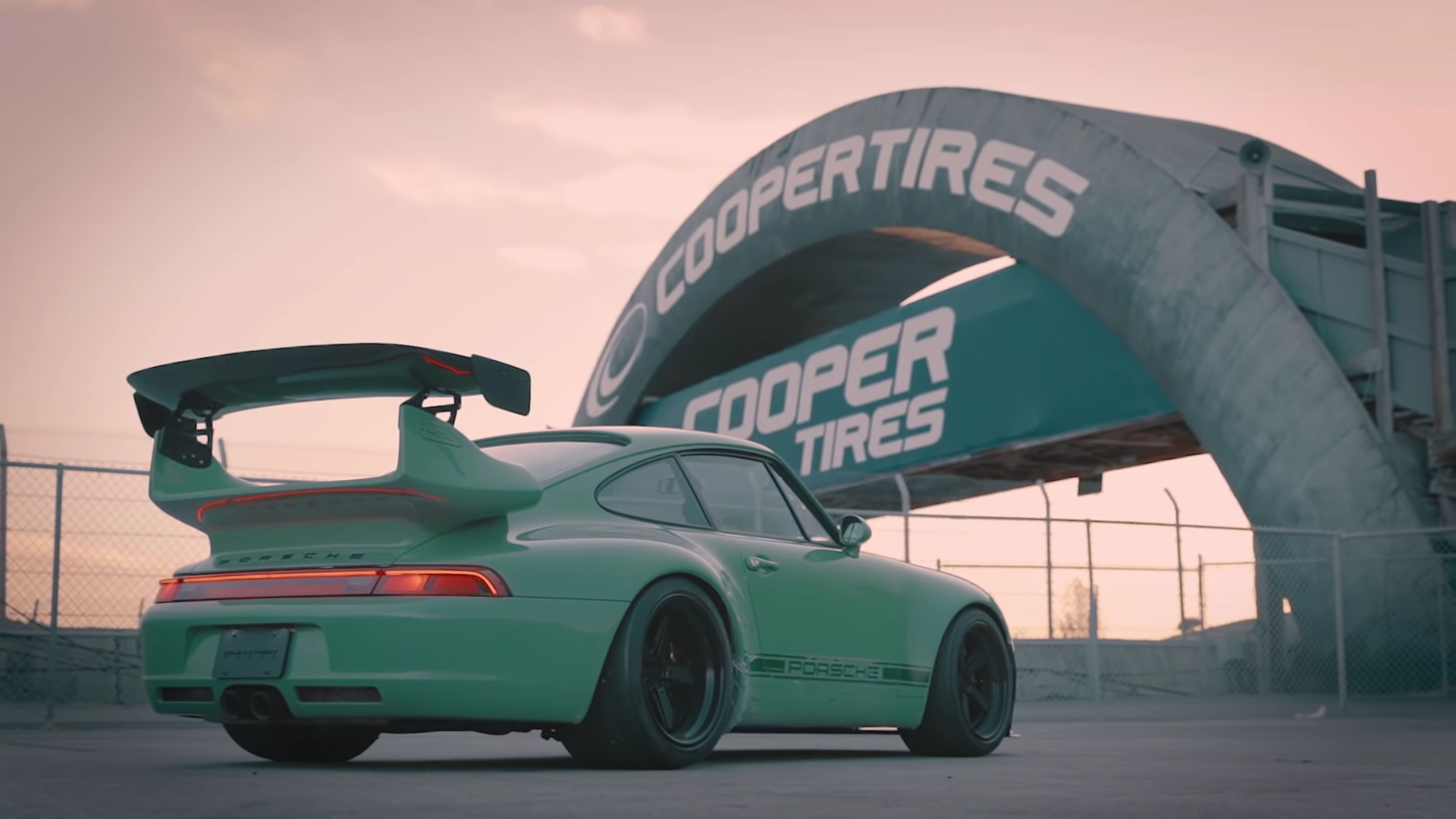 Not many street cars’ stances are anywhere as athletic.

As that astounding chassis, composed perfectly over bumps leaving Turn 6, and happy to rotate cleanly into Turn 11, it just looks supreme in most areas where the suspension is concerned. Adjustable JRZ suspension, tuned to Pobst’s liking, helps this thing settle beautifully and rotate into slower corners. For this reason, Pobst is never noticeably startled at any stage of this immaculate lap.

It’s not often a road car will set a minimum speed through the fast Turn 5 like the 993 will. Dropping to 68 miles per hour at its slowest point (while maybe nursing a little understeer) is impressive, and so is the immediate way the motor pulls it uphill and the way its suspension settles nicely while handling a stab of the throttle and a few bumps. 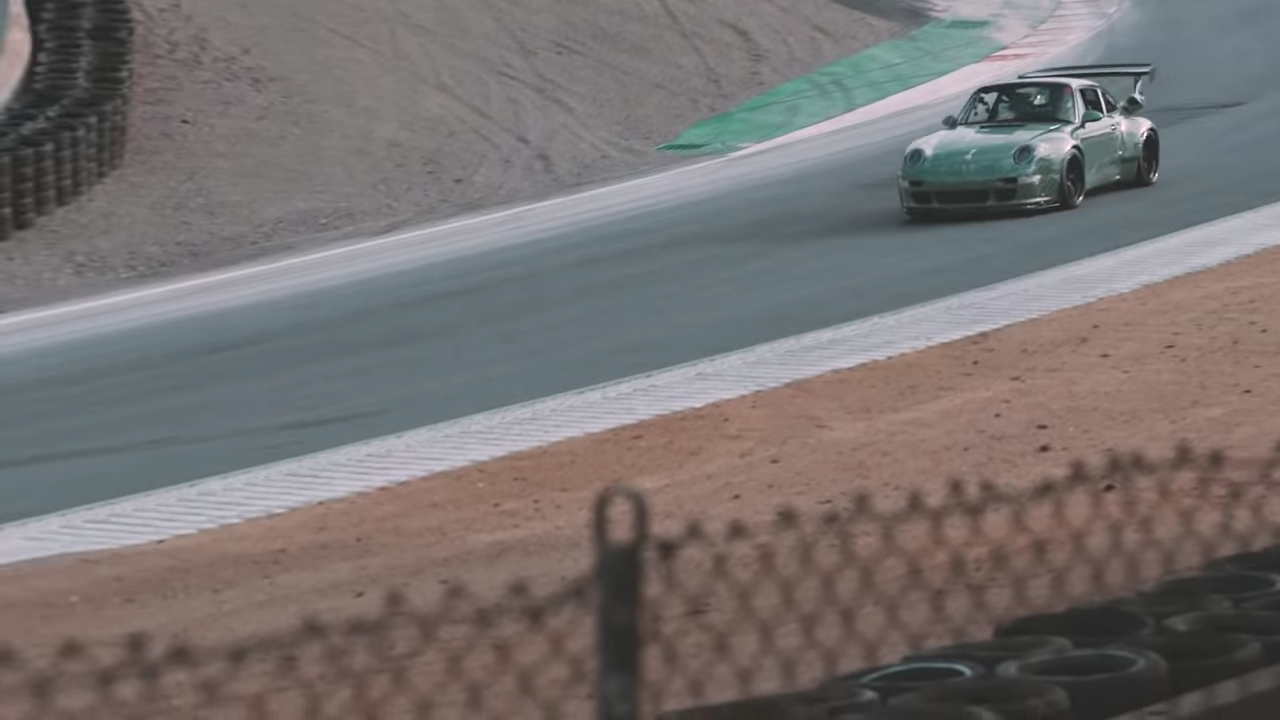 The way it squats and rotates under power (0:30) is something to witness.

It also has great composure in the quick, downhill, adversely cambered Turn 9, where Pobst coasts coolly through on maintenance throttle while the speedometer never drops beneath 80. You almost get the sense there’s more time in it, it’s so stable. Cars like this inspire confidence, which can, as we’ve just seen, trump twice the horsepower (albeit in a slightly heavier car on worse tires).

There are a million ways to give this restomod gem approval, but the way Pobst compares it to his Alex Job 993 RSR he raced in IMSA GT, well, that’s saying something. Perhaps you couldn’t expect a better piece of praise from a racing driver. 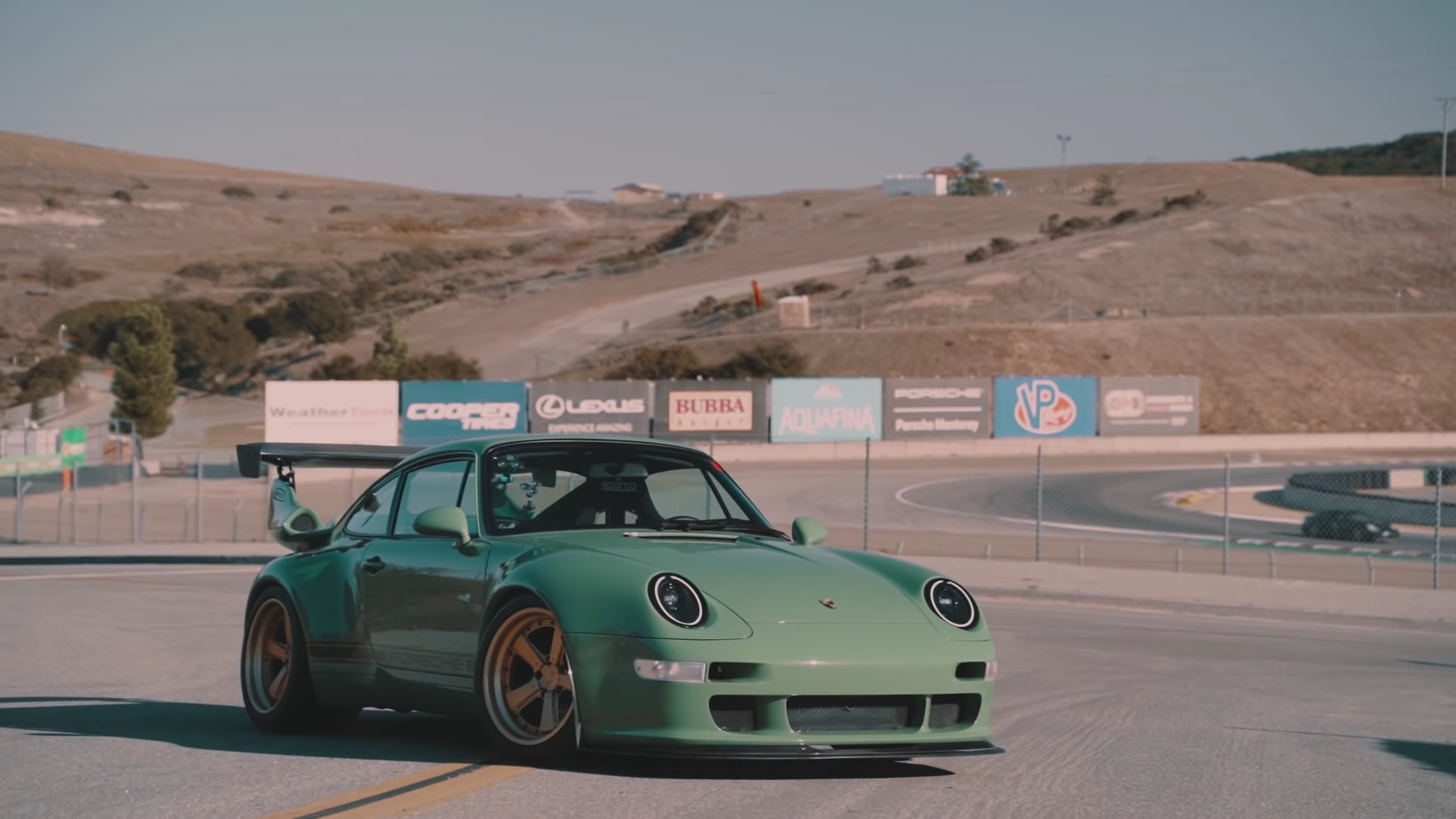