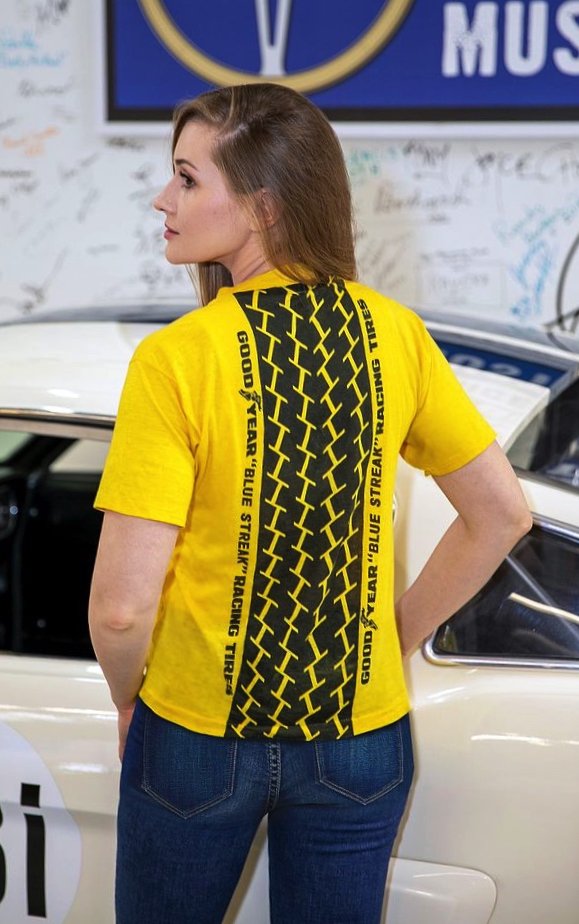 The Original Venice Crew, guys who were part of Carroll Shelby’s original car-building effort in the Los Angeles area, reunited in 2015 and since then has produced a series of Shelby Mustang continuation cars.

The OVC is now doing the same thing with Shelby American “Venice Team” apparel, recreating shirts worn by the team in the 1960s.

“We took some of the rarest clothing items from the early years of Shelby American and have reproduced them for today’s collectors. These garments were what we wore daily back in the ’60s at the Venice shop and it’s really great to see them again.”

A spokesman for the crew and its new Racing Division Inc. website said the clothing is based on original patterns and is being produced by the same companies as it was back in the day.

“Racing Division used original garments as a benchmark to create the following products,” according to the official announcement. “The Shelby American Iconic Blue Team Shirt, The CS Cobra Cobra Cobra Shirt and the Yellow Goodyear Racing Tires Tread Shirt. Only 250 units of the CS and Goodyear shirts were reproduced as well as 500 units of the Team Shirt. This will be the only time these limited-edition shirts will be sold to the public and will sell fast.”

“The demand for Shelby clothing and gear has been incredible thanks to the recent movies and documentaries that introduced Carroll Shelby and his passionate band of hot rodders to the world,” added Marietta.

The company added that “all products in the continuation Legacy Clothing line are made from scratch and nothing is pre-made or “off-the-rack.”

Pricing runs $59 for the CS Cobra Cobra Cobra shirt, $69 for the Goodyear Racing Tires Tread shirt, and $189 for the Shelby American Team Shirt. They can be purchased through the Racing Division website.