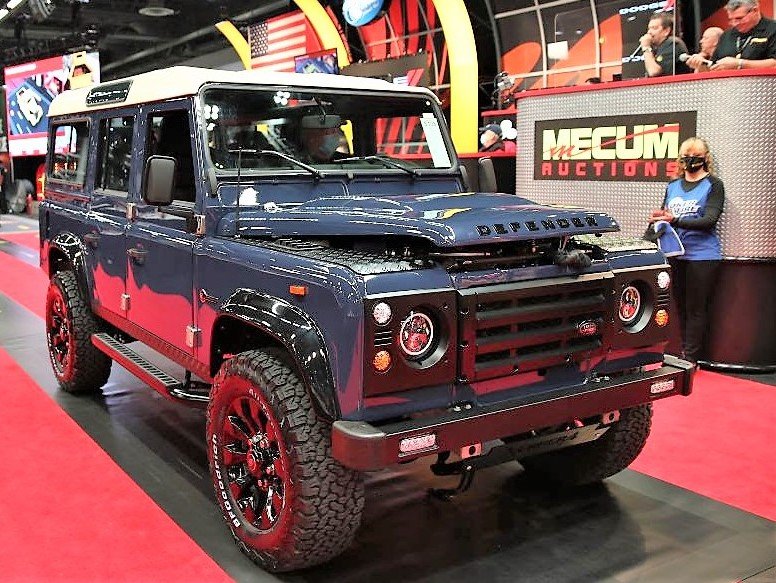 A custom 1941 F0rd pickup truck did the heavy hauling as top seller at Mecum’s Houston collector car auction, which ended the company’s 2020 calendar year with a $14.7 million total result and an 84 percent sell-through rate, with 442 vehicles going to new owners.

Mecum, which restarted its live onsite auctions with pandemic restrictions in July, finished the COVID season with Houston as its 6th large-scale, live auction held by the company during the past eight weeks.  Those auctions sold more than 2,700 vehicles at an 83 percent rate for a total of $75.5 million, according to a Mecum news release.

The top sellers in Houston were a diverse group of foreign and domestic, and vintage and modern vehicles. The leading ’41 Ford pickup, with an all-steel body and supercharged Ford Coyote V8 engine, sold for $206,250 (all reported results include auction fees).

The top-10 seller at Mecum’s Houston auction were:

(all results include auction fees)

Mecum starts 2021 with its monumental 10-day auction at Osceola Heritage Park in Kissimmee, Florida. The sale, which the company calls the largest collector car auction in the world, takes place January 7-16 with 3,500 vehicles expected to be auctioned, including those from a dozen major collections.