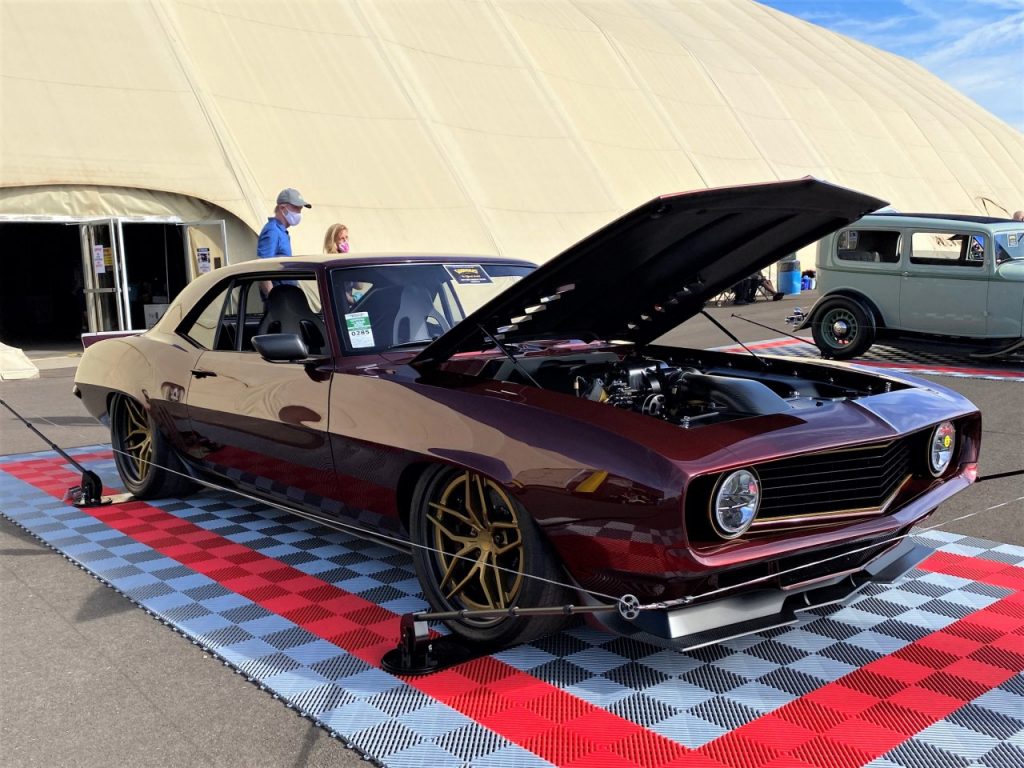 The Goodguys Rod and Custom Association opened the final leg of its 2020 national tour this past weekend at WestWorld of Scottsdale with a 3-day gathering.

The 23rd Speedway Motors Southwest Nationals presented by Barrett-Jackson welcomed thousands of hot rod enthusiasts in masks to marvel at the top street rods, muscle cars, trucks, and customs from around the country.

With COVID guidelines in place, Goodguys hosted a fun yet safe event.

As the last show of the year, the event featured an impressive lineup of the Top 7 Cars of the Year. These stunning cars were put on show outside the gigantic WestWorld tent for spectators to enjoy:

Street Machine of the Year

Street Rod of the Year

Hot Rod of the Year

Custom of the Year

AutoCrosser of the Year

1966 427 Cobra driven by Scott Fraser and owned by Bruce Cambern. This was Fraser’s third AutoCrosser of the Year title.

Just a few steps away from the Top 7 Cars of the Year, the Builder’s Choice award winners were parked:

Goodguys opens its 2021 schedule with the 11th LMC Truck Spring Lone Star Nationals on March 12-14 in Fort Worth, Texas. To see the full 2021 Goodguys event schedule, visit the organization’s website.

The post Goodguys cars of the year featured at Southwest Nationals appeared first on ClassicCars.com Journal.