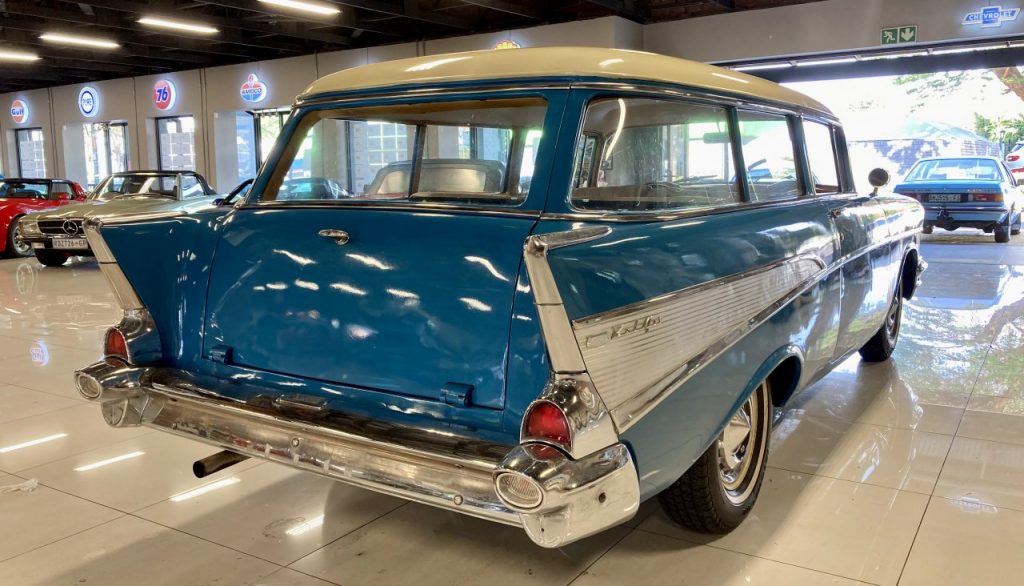 In what is being billed as South Africa’s biggest estate collection auction of collector cars, the eclectic Louis Coetzer Collection will be offered up for bidding in early December.

According to High Street Auctions, Coetzer collected hubcaps as a youngster, moved on to Dinky toy cars and then to real vehicles. He was a concours judge and chairman of the Mercedes-Benz Club in South Africa’s central region. Coetzer and his wife, Hermann, died in a mishap on a 4×4 trail in the mountains in Eastern Cape province in January.

While his collection featured Mercedes vehicles, it had a wide-reaching span of cars with left- and right-hand drive and many American classics.

“Everyone who is the next keeper of the car is clearly the custodian of a piece of motoring passion, foresight and history, made possible by a remarkable man,” Kevin Derrick of Creative Rides, is quoted on the auction website.

The docket includes around 140 vehicles. Of them, the first to cross the block, a 1973 Chevrolet Ranger 2-door coupe (see photo below), will be sold to benefit a charity selected by the Coetzers’ three children.

There are those in South Africa who wanted the collection to be preserved as a car museum, but Coetzer’s daughter, Lida van der Merwe, told News24 that would have been an injustice to her father’s memory.

“A lot of people have opinions about my dad’s cars,” she said. “Some suggested a museum as a memorial, but I don’t think they realized how many cars we’re talking about. It would be a full-time job; just too many cars and constant maintenance.

“The thing is my dad lived out his passion, and he died having a museum in Bloemfontein. But the best part about the museum was my dad’s vast knowledge of cars and him having all the history in his head.

“He could tell you anything and everything about a car on his floor, and unfortunately that is something we could never replicate. If cars were left to stand, they deteriorate. And if you knew my dad, you’d know that this would have saddened him.”

The auction is scheduled for December 4.