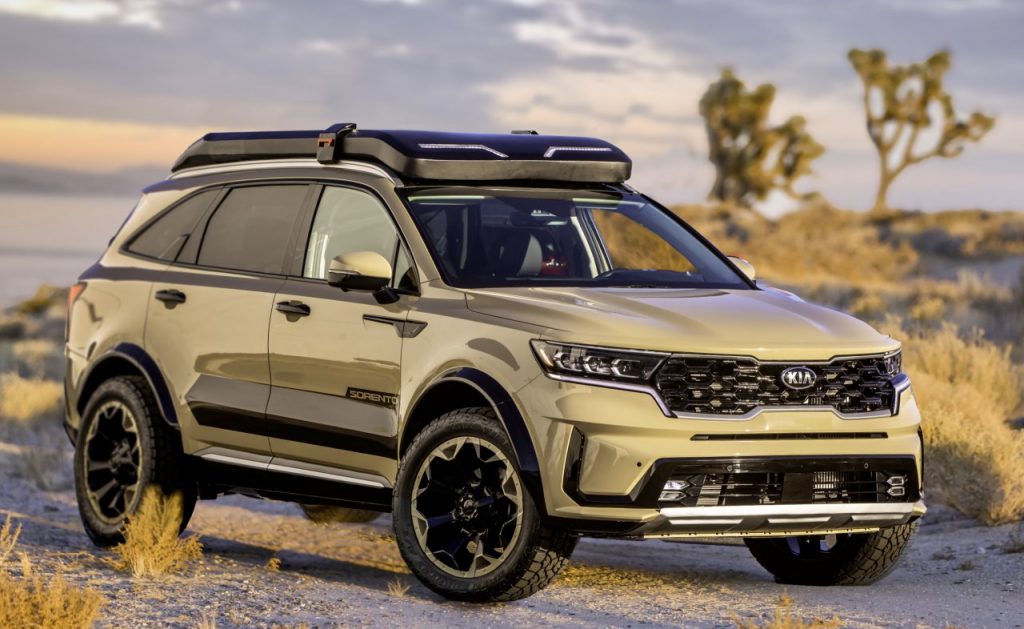 Kia Motors America says it want to build “a robust and reimagined SUV lineup” and thinks its “all-new 2021 Sorento is poised to bring customers a new level of trail-ready toughness not yet seen from the brand.”

Thus, the Korean automaker has unveiled a pair of concept vehicles, the Yosemite Edition and the Zion Edition Sorentos “built for the wild.”

Based on the Sorento X-Line, and built by LGE-CTE Motorsports in San Dimas, California, the Yosemite is designed for “high-elevation locales and mountain living” while the Zion is “a dune-defeating desert escape vehicle.”

The pair was unveiled at Kia’s national dealers meeting.

The Sorento X-Line comes with 20-inch wheels, 8.3-inches of ground clearance and “advanced AWD with snow-mode.”

While acknowledging that most customers may not want to take their Sorentos to such extremes, Kia also announced a series of port- or dealer-installed accessories including tow hitches, side steps, etc.

The post Does Kia want a piece of the Jeep v Bronco battle? appeared first on ClassicCars.com Journal.