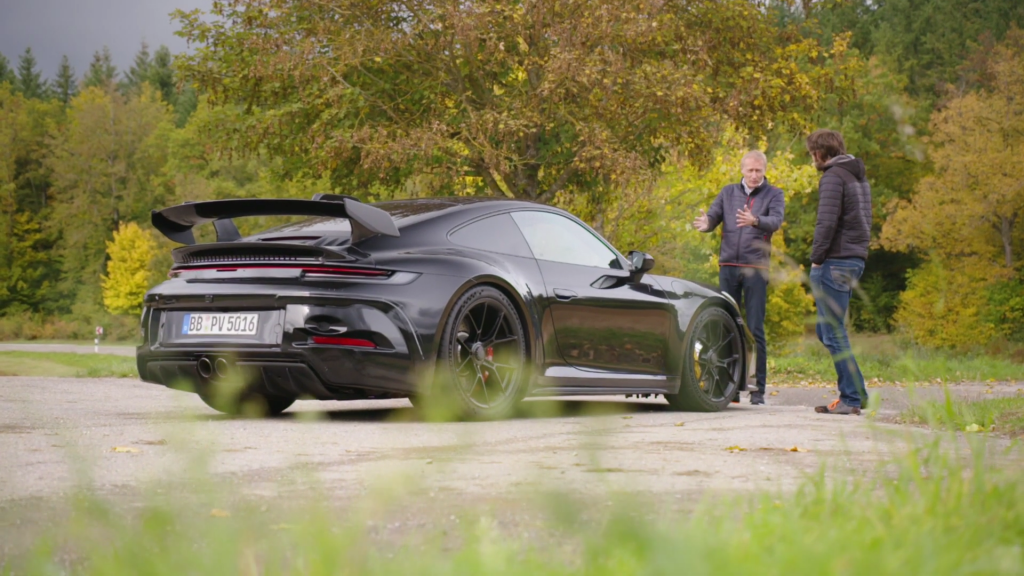 Thank Christ. After two seconds of this footage, we can rest assured knowing that there’s another screaming atmospheric in the upcoming GT range. It retains the barking motor and the urgency its expected to have, but it’s built upon a completely new platform and brings a slew of new additions to keep the intensity growing—something to distract the user from its ever-growing girth.

It’s simply more in many ways than the 991; a wider track at both ends, bigger brakes, bigger contact patches, and a bigger body. Despite the increase in size, it’s not heavier—and that’s going by its wet weight. Topped off with fluids, this newest GT3 remains relatively light thanks to a carbon hood, seven gears instead of eight, a polycarbonate rear window, and a few other tricks that Andreas Preuninger isn’t ready to share with us yet.

If you want to skip straight to all of the information about the new 992 generation Porsche 911 GT3 skip to 7:06.

There’s more. A new-for-911s double-wishbone front axle; a quicker, more feelsome steering rack; and a few touches from the GT3 RSR’s front axle give the 992 GT3’s driver more confidence than before. The rear axle was tweaked once or twice to respond as willingly as the front axle, and with greater downforce due to a swan-neck wing and a redesigned underbody, it should be a vehicle that is as fast as it is easy to understand.

The “Track Screen” condenses all the relevant information into one area for easy reading at speed.

Inside, the more opulent interior of the 992 is made a little more focused with an unmistakable shift light, the typical alcantara touches, and perhaps a bit of pinstriping, bucket seats, and a few other cosmetic touches that intensify the sense of occasion like any GT-series Porsche’s cabin should. 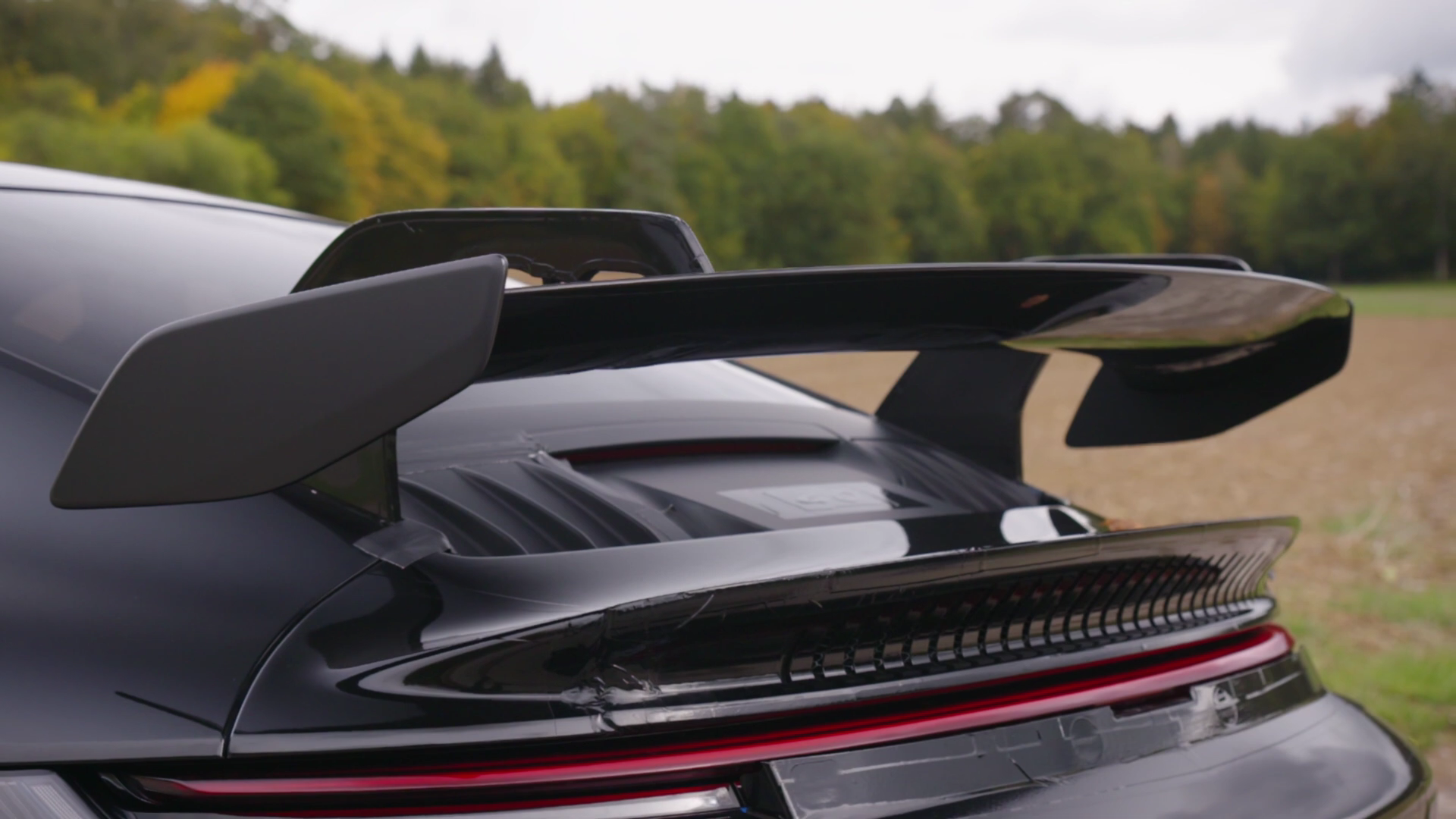 These divisive wing mounts should be reshaped by the time the production car is revealed.

It’s still in its slightly drab mule disguise, but soon we’ll get to see a polished, finalized version of the 992 GT3. If what Prenuninger says is true, those unsightly swan neck wing mounts will be trimmed and tailored to please the eye without sacrificing any of the improvements in drag and downforce.

If the mule’s dulled looks don’t do it for you, something in Preuninger’s incredible collection of GT cars ought to.