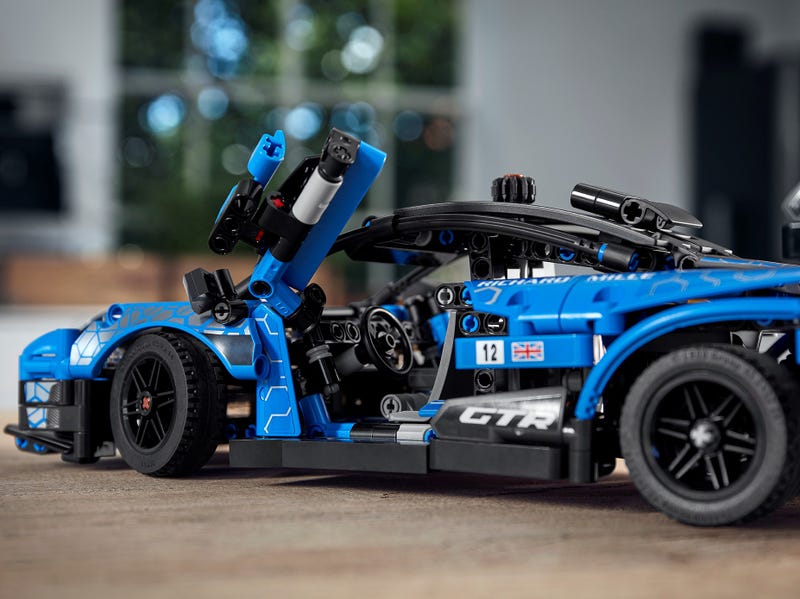 LEGO Technic opened its garage to a new track-focused supercar – the McLaren Senna GTR – and welcomes all sports car and motorsports fans to their next building project.

This 830-piece model combines “McLaren’s unrivaled power and sophistication with the LEGO Group’s design precision,” according to the press release.

“The model is the first McLaren supercar to be recreated in LEGO Technic form and is designed to provide the ultimate building thrill for those ages 10 and above.”

McLaren Automotive and the LEGO Group collaborated to create a model that was authentic to the Senna GTR’s features and designs.

“Just like the real thing, the LEGO model is packed full of incredible details from the rear spoiler to the moving pistons in the V8 engine to the dihedral doors meaning that we’re as proud of the model as we are of the real car,” said Robert Melville, the design director at McLaren Automotive.

“Just like the incredible engineers at McLaren do when designing their supercars, we really pushed things to the max so the resulting model perfectly honours the art form that is the McLaren Senna GTR,” said Technic’s senior designer Uwe Wabra.

The McLaren Senna GTR LEGO Technic model will be released globally on January 1, 2021 and will retail at $49.99. Visit LEGO’s website for more information.

The post A McLaren Senna GTR for only $49.99? appeared first on ClassicCars.com Journal.