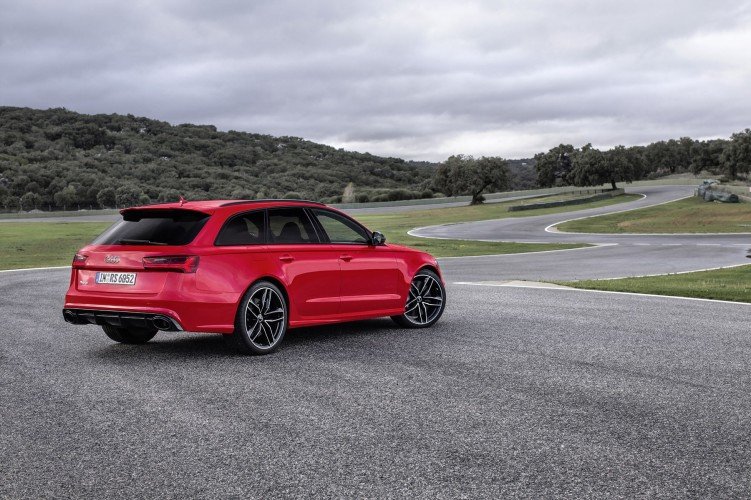 This new Audi RS6 Avant, internally known as the C8-generation, is a favorite of ours, mostly because it’s the first RS6 Avant to ever be sold ‘Stateside. However, for customers across the Atlantic, the previous-gen C7 RS6 Avant is a huge fan-favorite. Its simplistic good looks, beefy twin-turbo V8 and less muted exhaust note make it one of the most beloved RS models of the modern era. And now one sits in the Auditography garage.

If you’ve seen Auditography’s videos before, you might already know that the very same garage also houses a B5 RS4 Avant and a B7 RS4 Sedan, to incredible cars. The C7 Audi RS6 Avant is a different animal entirely, as it’s far more powerful, far quicker in a straight line and also far more luxurious. It’s a beast of a car but one that you can also take your kids to soccer practice in, or the opera later that night.

The one seen in this video is technically a C7.5 model, as it’s the facelifted version of the C7 RS6. It’s also been tuned and modified with some ABT parts, among others. So it looks more aggressive than the stock car and has some interior upgrades as well.

As Americans, the C8 Audi RS6 Avant will always be our favorite, because it’s the only one we can actually buy. However, the C7-gen car is also absolutely fantastic and potentially even looks better, depending on your preference. Its interior is also beautiful and does indeed look better than this new C8 car’s, as it’s a much simpler design with less in-your-face technology.

A Congratulations is in order, as the C7 RS6 is in icy-cool car to own, one that’s brutally fast, great looking, extremely comfortable and one any car enthusiast would absolutely be thrilled to own.