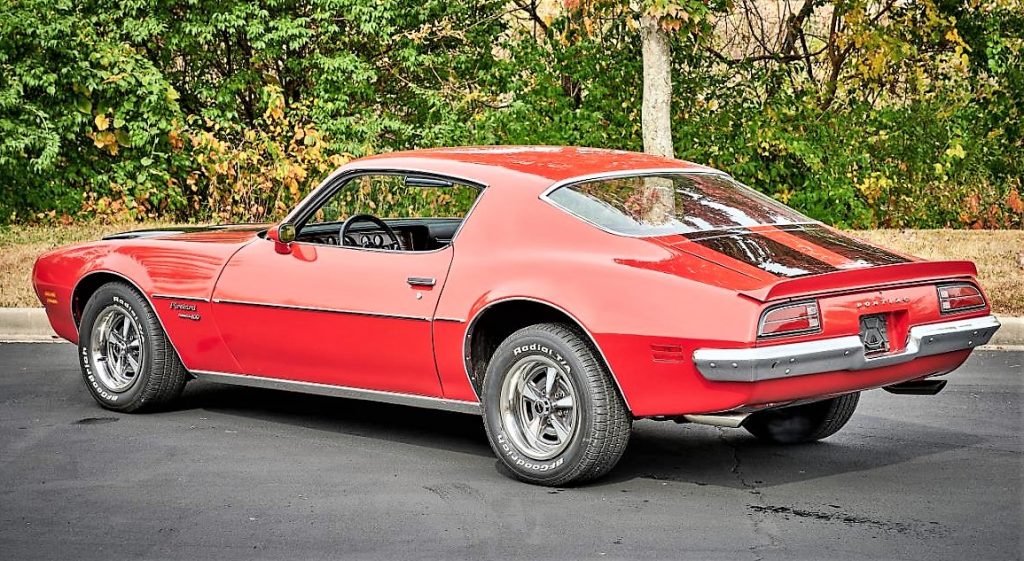 The Pontiac Firebird, along with its Chevrolet Camaro sibling, was redesigned for 1970 with an entirely new look that was widely acclaimed.  The 1970 Firebird was destined to be a short run, however, because factory-tooling and labor problems put off production until February 1970.

Model-year 1970 also turned out to be a zenith for US muscle cars, which topped out in style and performance before government regulations and soaring insurance rates put the kibosh on the horsepower wars of that era.

The Pick of the Day is a 1970 Pontiac Firebird Formula 400, which was a mid-pack muscle car, behind the Formula 400 Ram Air models and the iconic Trans Am.  This one has something special backing up its 400cid V8, however: a fairly rare 4-speed manual transmission, with both the engine and trans said to be numbers matching.

“Many of the Firebirds we see come through are automatic cars, so it is immensely refreshing to have 3 pedals and 4 gears inside this beauty,” says the St. Louis, Missouri, dealer advertising this coupe on ClassicCars.com.

“This beautiful bird has a fresh spray on it and a lot of good documentation to go along with it! Provided with the sale is a build sheet found from somewhere within the car, receipts for an engine rebuild, receipts for a transmission rebuild, and some other maintenance goodies! The engine rebuild receipt is from 2015 and the owner states 200 miles since rebuild.

“As this car sits, it is the perfect candidate to scratch your dream-car itch, set up for a show car, or put on collectors ice to continue ticking up in value.”

In its fall colors of reddish orange with black details, this Firebird appears to be a very clean example that’s ready to show and go.  The sleek body styling has aged well, and the distinctive twin scoops on the hood proclaim the muscle car strength that lies within.

The interior has been totally refurbished, the dealer says, and looks great in the photos with the ad.  The big, bold stickshift jutting out of the center console is quite macho.

Because of the shortened production run, just 7,700 Firebird Formulas 400s were built for 1970, making it a somewhat rare model. This example in very nice condition, with fewer than 54,000 miles on the odometer and fitted with the desirable 4-speed, is priced at $39,500.