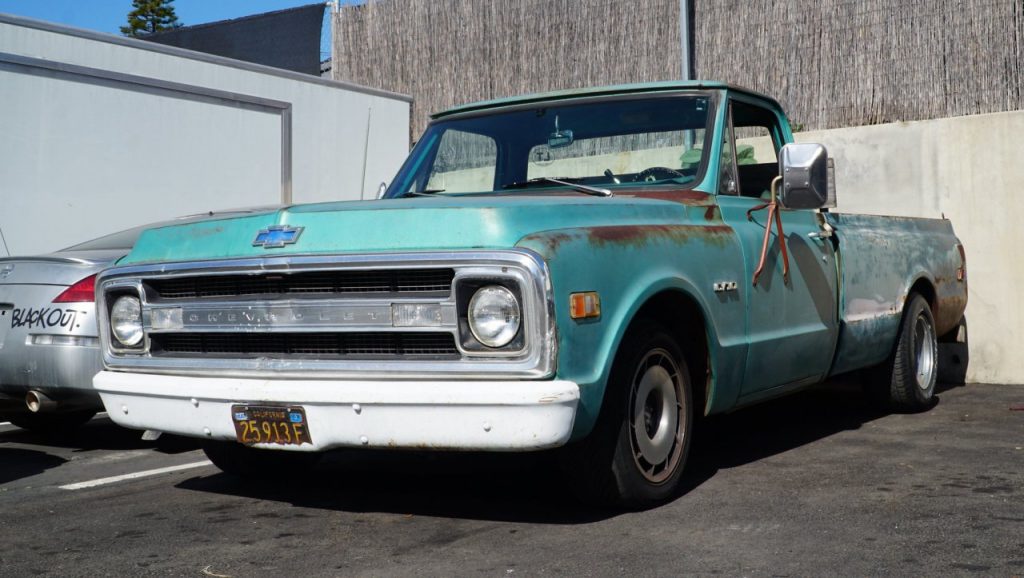 As part of its 50th anniversary celebration, Fix-a-Flat hired Formula Drift driver/builders Chris Forsberg and Dylan Hughes to perform a resto-mod resurrection on a 1970 Chevrolet C-10, which would be presented to its next owner in a national sweepstakes contest.

The work done, the keys have been handed to Danielle Early of Longview, Texas.

Vintage Chevy C-10s are a very popular choice for resto-modification,  and what the experts do with such projects can be instructive for those considering updates of their own vintage trucks.

In the case of Fix-a-Flat, part of the mission was to use Duralast  products from AutoZone and an Edelbrock Performance small-block Chevrolet 350cid crate engine.

But before any of that could be done, the team had to use some of the sponsor’s product to unflatten a tire on the donor Chevy.

The truck was stripped to its frame, which was powder-coated. The truck also was repainted in a yellow and white two-tone design.

Suspension and brakes were upgraded to heavy-duty C-20 parts “for better durability and braking power,” the new engine and transmission were installed, as were Magnaflow exhaust, Method alloy wheels and Nexen MTX Rodian tires.

You can watch the build process in a 12-part video series on the Fix-a-Flat website.