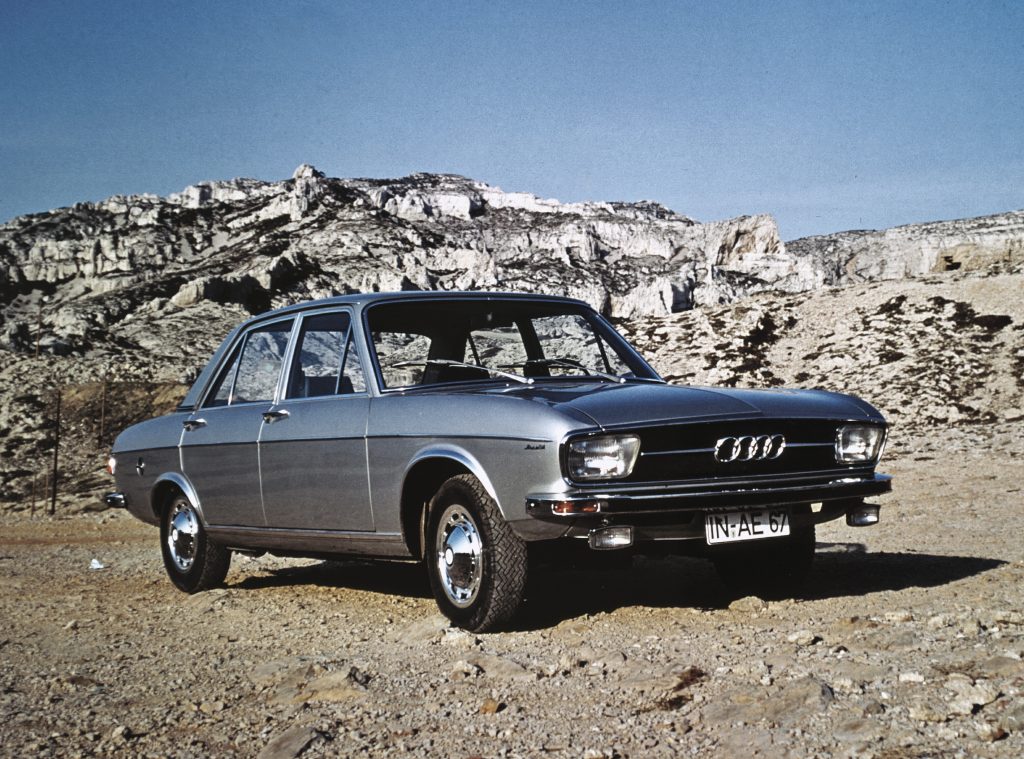 Few Audi fans know much about the original Audi 80 models from the 1960s. In fact, few car enthusiasts in general know anything about any Audis pre-1970. That’s because Audi models of the ’60s were basically slapped together with spare parts, as Volkswagen had just acquired the Auto Union, of which Audi was a part of, and wanted to quickly make some cars with what it had. However, those obscure Audis can actually be quite charming, as evidenced by this new video of a 1968 Audi 80 Variant.

In this video, we see JayEmm drive the Audi 80 Variant, a funky little wagon/shooting brake-style vehicle. The Audi 80 came to be after Volkswagen bought the Auto Union from Daimler. With that purchase came a brand-new factory for building new cars, along with an unused engine from Mercedes-Benz.

So Volkswagen decided to build a car with what it already had at Auto Union and wanted to consolidate it all into one brand. Being that it was the most recognizable of all the brands under the Auto Union umbrella, Audi was chosen. The ’80’ in its name came from the horsepower figure of the Mercedes-Benz-derived 1.8 liter four-cylinder engine.

That little four-pot is paired with a four-speed manual with a column-mounted shifter. Surprisingly, the entire powertrain actually seems lovely to use. Of course, being an ancient car with an 80 horsepower 1.8 liter four-cylinder, it’s quite slow. However, it’s a peppy engine, that’s willing to rev, and it actually makes a surprisingly good noise. Plus, it can keep up with modern traffic well enough to not be a problem.

JayEmm seems to feel that, while not exactly fun, it’s a lovely car to drive. It’s relaxing and enjoyable and makes cruising around with a family in the back an extremely pleasant experience.

Personally, I’ve always had a soft spot for these sorts of ’60s/’70s Audis and this Audi 80 Variant is one of the coolest I’ve seen.

The post VIDEO: Check out this Rare 1968 Audi 80 Variant appeared first on QuattroDaily.