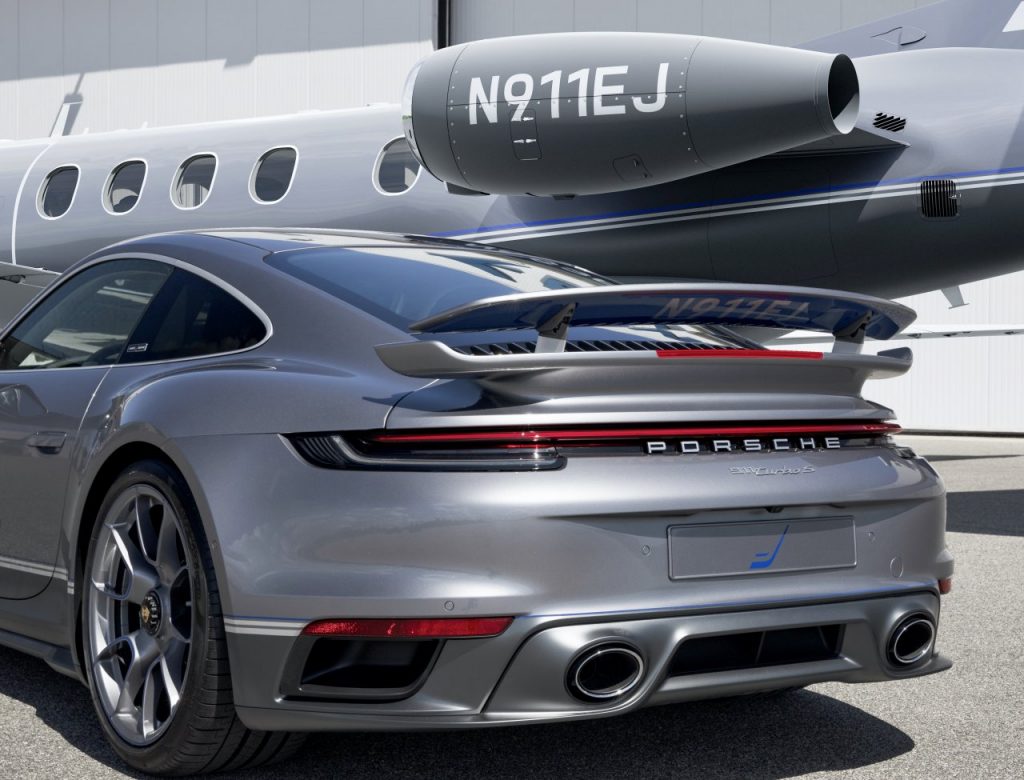 If you like to get places quickly, Porsche and aircraft manufacturer Embraer have a deal for you.

The “Duet” offering “is based on the two sportiest and most successful products from each segment,” the companies said, and was done by a project team that included Embraer’s executive jet design and marketing departments in Melbourne, Florida; “Style Porsche,” the Porsche design department in Weissach, Germany; the Porsche Exclusive Manufaktur in Stuttgart, Germany; and the Studio F.A. Porsche in Zell am See, Austria.

“Both brands have the same goal: apart from a unique experience, they offer customers all over the world exclusive products that can be personalized and enhanced in almost infinite ways,” the news release noted.

Only 10 “Duet” pairs will be offered.

Two-tone Platinum Silver Metallic and Jet Grey Metallic matte colors with Brilliant Chrome and Speed Blue stripes will be shared by jet and car. A joint logo — featuring a stylized 300E aircraft wing and the rear wing of the 911 — also has been designed. The logo also is used on the head restraints in both products.

In what some would call an “Easter egg,” the aircraft’s registration numbers will be repeated on the underside of the 911’s rear wing and on the car’s key. The car’s door sills will proclaim “No step” in red in tribute to the words found on aircraft wings.

The dial on the Porsche Sport Chrono package will have an artificial horizon like that on aircraft instrument panel.

The 911’s steering wheel and the aircraft’s yoke will be done in matching tw0-tone leather.

“Duet” buyers also will receive custom luggage that includes a pilot’s case and two weekend bags, as well as a Globetimer watch from Porsche Design.

Pricing was not announced.