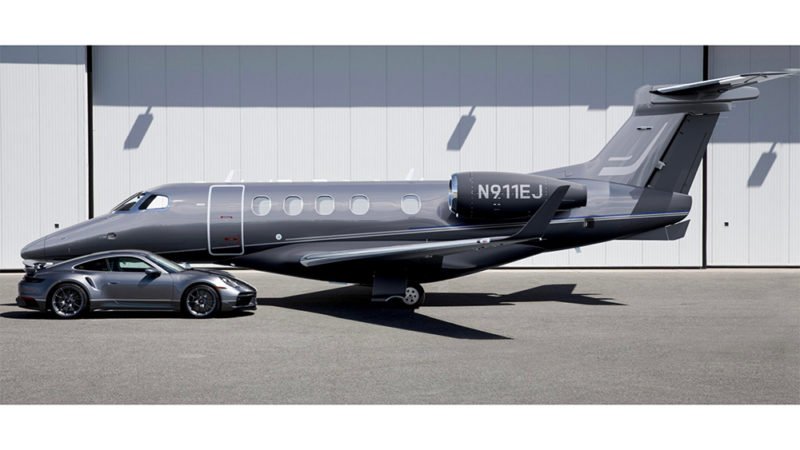 If you’re a speed demon with a lot of extra cash and the need for a private jet, this new partnership from Embraer and Porsche Design is hand crafted just for you. What do you get for the Porsche fanatic billionaire in your life who already has everything they need? Obviously a matched set 992 Turbo S and Phenom E300 jet, duh. Ten point nine million dollars is what such a gift pack would cost you, but it’s worth it. Besides, only ten of these Turbo S/E300 economy packs will be sold, so you’d better hurry. They’ll go quicker than the nice bread at the dollar store.

“We worked together to benchmark processes,” said Michael Amalfitano, president and CEO of Embraer Executive Jets. “The design was all about exclusivity, but always focusing on the customers.”

Common details between the two speed machines include big picture matchy matchy things like exterior colors and striping. The ones shown here share a two-tone silver of Jet Grey Metallic and Platinum Silver Metallic with a strip of Brilliant Chrome and Speed Blue. Obviously it’s not easy to get this level of paint detail on a Porsche 911, which is why these ten special cars will be hand-painted. The alloy wheels, much like those on the 2018 911 Turbo S Exclusive Edition, are painted with a color layer below the platinum silver metallic layer, then the top layer is laser removed to expose the Speed Blue underneath. It’s a pretty trick process. 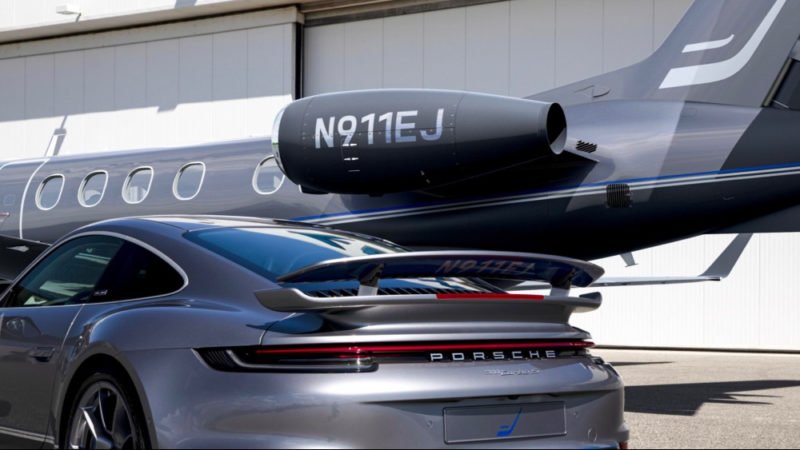 The air intake on the 911’s flanks are painted in chrome to match the unpainted leading edge of the aircraft’s turbine housings. Even the 911’s door sill trims feature “No Step” stencils, as on an aircraft wing. Inside you’ll find matching seats patterned after the 911’s stitching, with both the plane and the car showing off white upper seat material accented with matching Speed Blue accents and red seat belts. Both the Porsche’s steering wheel and the Embraer’s yoke feature the same unique color combo as well. And of course the plane’s tail number will be painted on the underside of the Porsche’s active aero wing (above). It’s all in the details. 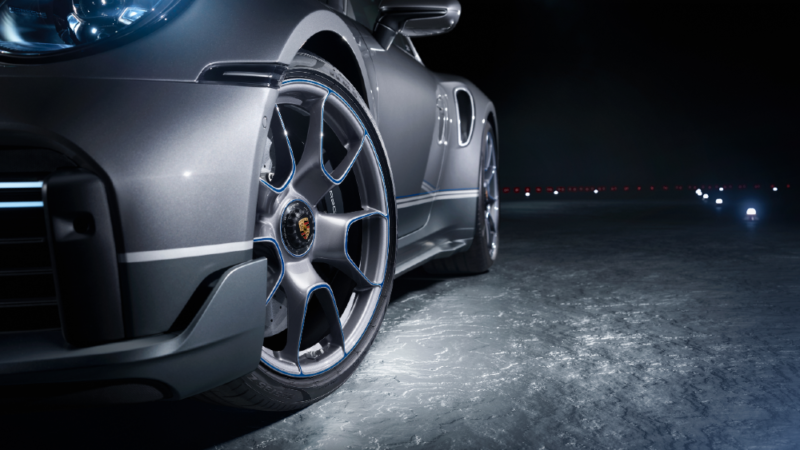 “This is the perfect marriage of car and jet,” said Jay Beever, vice president of Embraer Design Operations. “To further solidify this symbiotic partnership, the aircraft registration number appears on both the car’s rear wing and the sides of its key.”

If you buy this set, you’ll not only get the car and the plane, but a customized pilot’s bag, a pair of weekender bags, and a special edition Porsche Design 1919 Globe timer UTC titanium-case watch. A bargain at twice the price, I tell you! Order now, and your plane and car will be delivered in early 2021. Separately, of course, I don’t think the Porsche will fit inside the plane, which is honestly a shame. 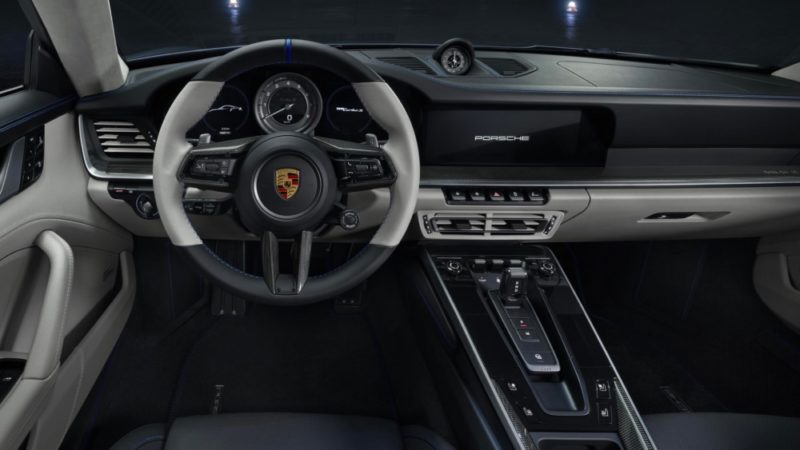