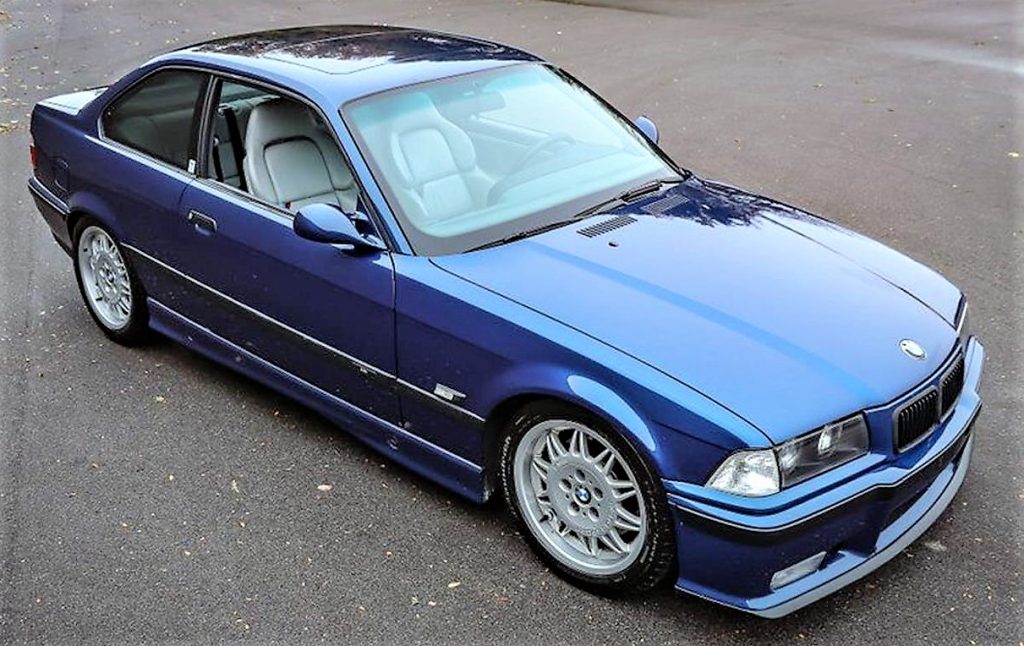 To call a car the “Ultimate Driving Machine” takes a sense of pride and confidence.  That’s exactly what prompted BMW to adopt the slogan as its marketing campaign beginning in the 1970s.

The competitive landscape was fierce during that era, with Mercedes-Benz developing its lineup of AMG performance models and Audi engineering its S/RS models.  BMW’s weapon was its M-branded lineup of vehicles designed specifically by the automaker’s in-house Motorsports division.

The Pick of the Day is an apparently well-kept 1995 BMW M3 listed by a Grand Rapids, Michigan, dealership on ClassicCars.com.  The car shows 127,000 miles on the odometer, but it looks like a vehicle with far fewer miles on it.

“The Avus Blue M3 offered here proves that, if one looks hard enough, excellent examples of this fabled sports sedan [sic] can still be found,” the dealer says in the ad.

Among the enhancements setting an E36 M3 apart from its lower-trim BMW siblings were updates to suspension and aerodynamics.  Aprons at the front and rear help channel air flow to minimize drag, and the stance was made more aggressive thanks to a 3-mm drop compared with traditional 3-series models.

The dealer indicates that this M3 has been slightly modified.  Within the last 4,000 miles, performance brake pads and lines were added, and the has a performance Fortune Auto suspension, an Autowerks rear strut brace and a DINAN exhaust system.

Cosmetically, the BMW wear its original paint job, the dealer says, and it looks good for being 25 years old.  The unmistakable tri-color M badging is present in various locations on the exterior and the interior.  Gray leather bucket seats are well-bolstered for maximum support in performance driving situations.

Under the hood, the E36 M3 is powered by a 3.0-liter straight-6 engine that was factory-rated at 240 horsepower when new.  Power is sent to the rear wheels via a six-speed manual transmission.  The seller calls the engine of this BMW the “centerpiece in a clean and complete engine bay.”

Indeed, the car looks just as good under the hood as it does on the exterior.  The seller acknowledges that the car has some surface rust on parts of the chassis, shown in the extensive photo gallery with the ad.

For $21,900, this M3 represents one of the better-kept, mostly stock examples still on the road today.  Does it deserve its title as the ultimate driving machine?  There’s only one way to find out.