The well-traveled racing star—formerly in IndyCars, V8 Supercars, and sports cars and now racing for Porsche in Formula E—takes us through a scenic alpine tour while highlighting the strengths of the Taycan and their motorsports background. On the test track and in Formula E, Simona de Silvestro pushes the 99X Electric to the limit. On the road, the Porsche works driver appreciates the innovations in the all-electric Taycan Turbo. On a trip into the mountains and her home town of Zurich, the “Iron Maiden” shares just how much driving pleasure the electric motor provides, and how much the Taycan is already a car of the future.

Though many would assume the philosophy at Porsche Design would be “form follows function,” in reality it is more along the lines of “form and function are equal.” To get timepieces that have both that cachet and supreme functionality, the watchmakers at Porsche Design Timepieces AG in Solothurn use original materials in the style of the legendary 911. Each piece is custom-built: custom online configuration, with skillful fingers and the highest precision. This gives each watch that unrivaled mixture of usability and impeccable design that’s seen in every 911. 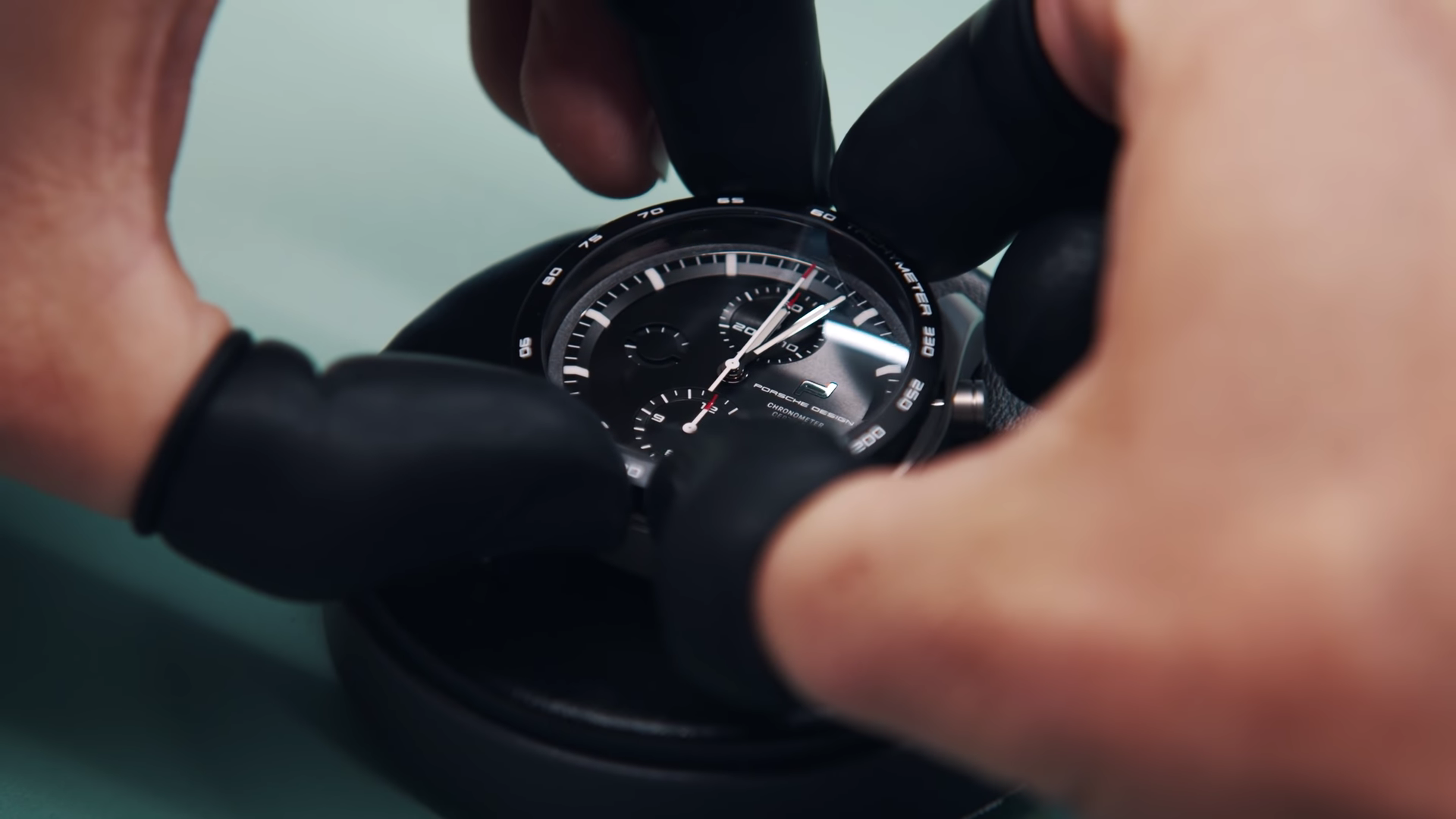 A Trip Down Memory Lane with Toblerone

A striking livery, a distinctive shape, and an unforgettable noise. This Toblerone-sponsored 911 RSR roared across Europe in 1973-1974, and performed incredibly well considering it was run by a smallish privateer team. The striking body with flared fenders and the sleek rear spoiler still characterize the Carrera today. The appealing design of the Swiss racer from Porsche Club Romand is now back on the racetrack in the hands of an enthusiastic collector who isn’t letting this icon collect dust in the corner of some garage—even a climate-controlled one.

The post Formula E Racer De Silvestro Takes on the Taycan, Watches, and a Toblerone-Sponsored 911 RSR In This Issue Of 9:11 Magazine appeared first on FLATSIXES.