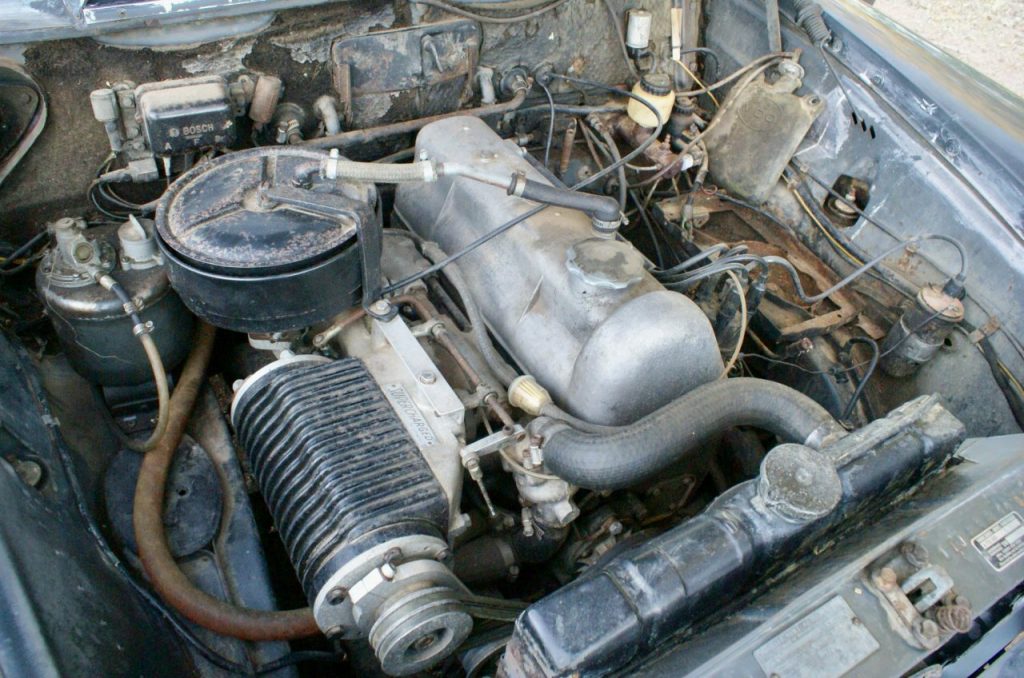 In post-war America, New York car dealer Max Hoffman served as the first importer of Mercedes-Benz automobiles. But in the late 1950s and early ‘60s, the German automaker was selling its products in the United States through Studebaker-Packard dealerships. That was the situation until 1965, when Mercedes-Benz USA was established.

Among the Mercedes sold during the Studebaker era was the 190 SL roadster, an entry-level sports car that, like the original Chevrolet Corvette, was sportier in looks than in performance, thanks in large part to a 1.9-liter 4-cylinder engine rated at slightly more than 100 horsepower.

Ah, but those innovative Studebaker dealers had a solution, the installation of a Judson supercharger, a power-boosting accessory that increases air pressure within the engine, thus allowing for more fuel to be burned and more power to be made.

“This supercharger is rare in itself,” reports the car’s private seller in Phoenix, Arizona. So rare, the seller wonders if this might be the only sedan from that era equipped with such a power booster?

“The car is in very good shape,” the seller notes, “no rust, very clean body, interior, and exterior.

“The car keeps the original owner touches, with the backseat red separation drape and red flowers, the trunk rack, the black painted top, and the fog lights.”

The seller explains that the car was acquired after its original owner died and the family put the car into storage.

“The car has not been driven since the early 2000’s, when the original owner passed,” the seller reports. “The family, and then myself, stored it in very good condition, but some minor imperfections appeared over these years (negligible for a regular person).”

Because Judson superchargers are so rare these days,  the seller notes, that “I bought the car with the intention to put back the factory carburetor setup and sell the supercharger, but I realized that this car, as is, with the supercharger installed and untouched, is a treasure for a 190SL owner, or for a person that wants to keep this extremely rare (possibly unique) 190C setup as is. So, I decided it is more appropriate to sell – would be almost a sacrilege otherwise.”

The seller adds that in addition to the original hubcaps and an extra set of belts, including one for the supercharger, “I have the factory carburetor setup, with the manifolds and air filter,” as well as the supercharger installation manual.

Though not mentioned in the advertisement, 190Cs were equipped with 4-speed manual transmissions.

The car with its supercharger is offered for $11,900. To view this listing on ClassicCars.com, see Pick of the Day.

The post Pick of the Day: This 1962 Mercedes sedan has Judson supercharger appeared first on ClassicCars.com Journal.