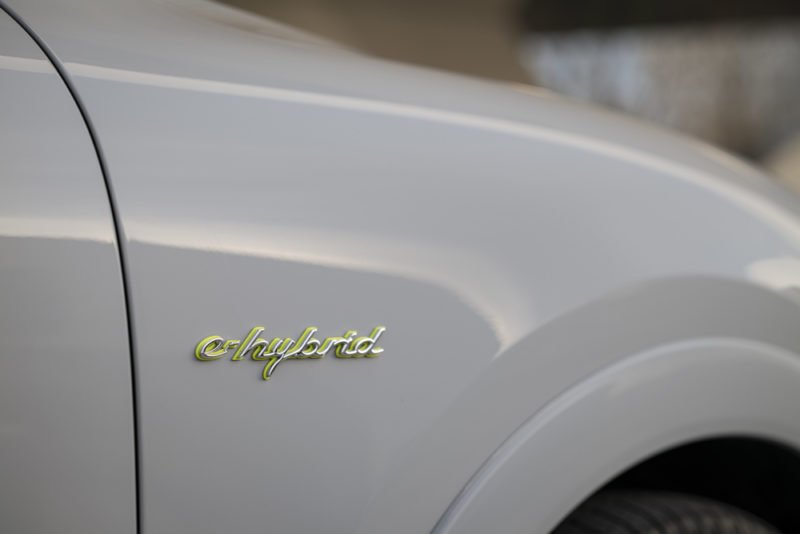 It may seem like a nominal increase, but Porsche has pumped up the battery size on its Cayenne hybrids from 14.1 kWh to 17.9 kWh. The new battery rack means both the Cayenne E-Hybrid and Cayenne Turbo S E-Hybrid models get a corresponding electric range increase of 30 percent. This is a little less important for American Cayenne buyers, but the increase in range qualifies European Cayennes for “E” license plates, and a reduced company car tax in Germany.

While the EPA hasn’t tested the new Cayenne hybrids for fuel economy and EV range yet, Porsche claims the Cayenne E-Hybrid now covers 56 km (34 miles) on the NEDC cycle and 48 km (29 miles) on the WLTP cycle. The EPA rating of the 2019 model with its 14.1 kWh battery was just 18 miles, so if you add 30% to that, you’ll get an idea of what the new EPA numbers should be. Let’s call it 23 or 24 miles. That’s not so bad, considering most Americans could do their full daily commute, at least one-way, without burning a single drop of gasoline.

Neither model receives any kind of power enhancements, as the electric powertrain still delivers the same 136 horsepower and 295 lb-ft of torque. The electric motor is integrated directly into the Porsche’s eight-speed Tiptronic S automatic transmission. In the Cayenne E-Hybrid, you’ll get a 3-liter turbo V6 with a combined 455 system horsepower, but if you upgrade to the Cayenne Turbo S E-Hybrid it comes with a massive 670 system horsepower.

Another change with the new battery module is a change to the controller. In E-Charge mode, where the internal combustion engine switches on to charge the battery, the strategy has changed a bit. Instead of charging the battery all the way to 100 percent, E-Charge mode has been reduced to just 80 percent charge. Not only is this better for battery longevity, it’s a more effective and efficient use of your gasoline. When you click over to Sport or Sport Plus modes, however, charging is limited to “a minimum level to provide sufficient boost options for a sporty driving style”. Sounds interesting, I’d love a chance to test out this bad boy.

What do you think? Are you ready for a hybrid Cayenne?