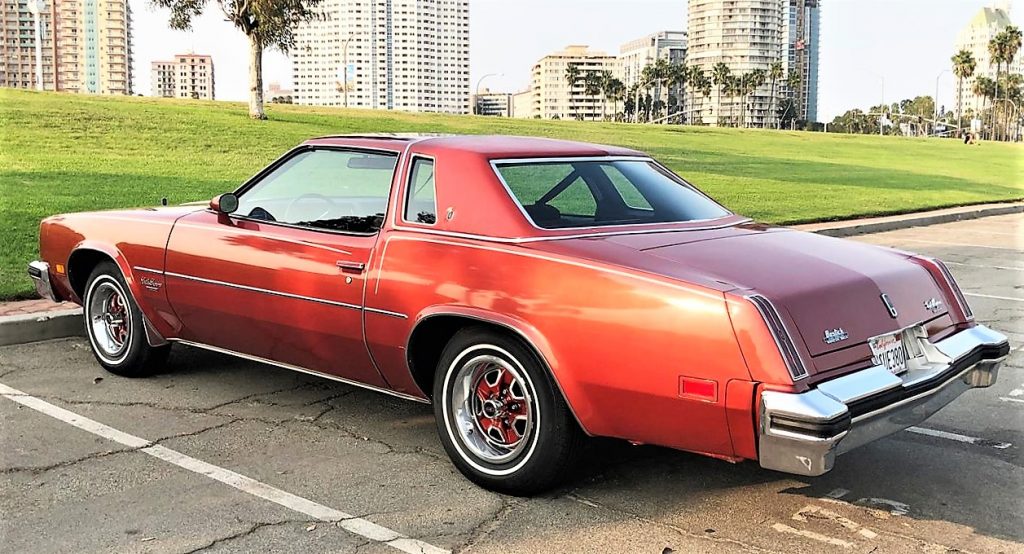 The mid-1970s was a doleful time for the domestic automakers, losing market share and struggling with the new normal of emissions regs and pricey fuel.  One bright spot, however, was the Oldsmobile Cutlass Supreme, which managed to be one of the top-selling cars of the era.

The Pick of the Day is a 1976 Oldsmobile Cutlass Supreme Brougham, a low-mileage, two-owner, mostly original survivor in “near showroom condition,” according to the Long Beach, California, private seller advertising the Olds on ClassicCars.com.

The photos with the ad show an immaculately clean 54-year-old Oldsmobile coupe that the seller says has been driven fewer than 58,000 miles.

“Original owner was driving about 20 miles every other month for years,” the seller says. “Pampered all its life, never saw bad weather!  The car was always parked on a lift and covered while inside. Since I had it, it continues to be pampered!”

The Cutlass Supreme was a premium car, loaded with upgraded features and in this Brougham trim, lots of luxury extras, exemplified by the Oxblood Red-velour seats that were the height of style in the disco days.

The original AM/FM 8-track audio system is not working, the seller adds, but was “replaced with a year-correct AM/FM 1976 radio.”

The body, interior and underside of this Oldsmobile look spotless, although the seller advises there are a few faded areas on the original paint, while adding that the dashboard and vinyl landau roof are crack-free. The original, unused spare tire is still in the pristine-looking trunk.

“This car starts, shifts and drives like it should. Everything works, runs and drives like you just drove it off the showroom floor in 1976! It is a car you could drive coast-to-coast and never worry about breakdowns or issues.”

“A lot of this extra work was done only because she’s an old girl,” the seller notes.

The time-warp Oldsmobile cruiser is priced at $16,995.