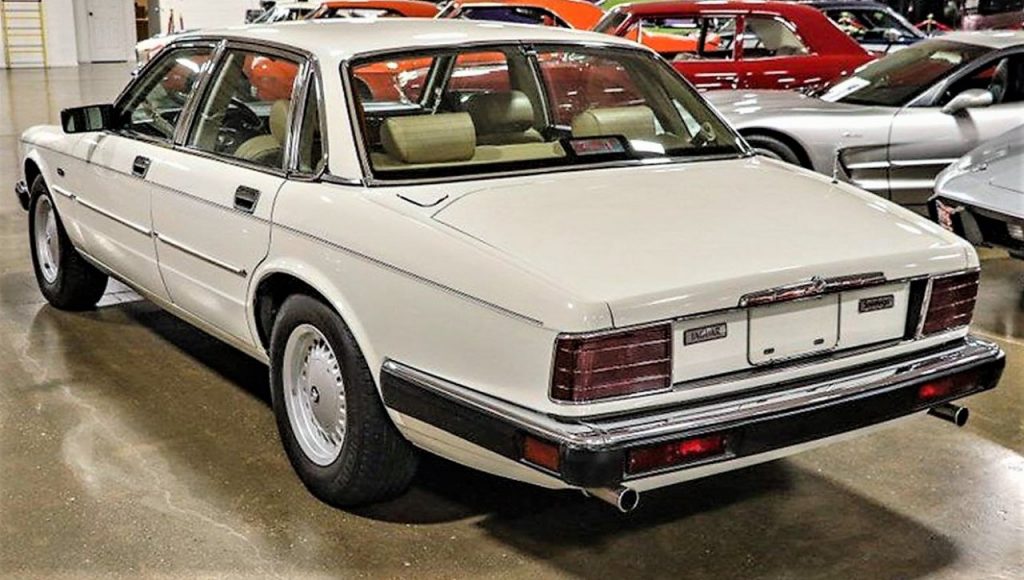 Sir William Lyons, the founder of Jaguar, was involved with every Jaguar built from the SS series, through the XK120 and the E-Type. What was the last Jaguar design he had anything to do with?

The correct answer is the XJ40 version of the XJ6, such as the Pick of the Day, a 1991 Jaguar XJ6 Sovereign sedan.

The XJ40 model was the much-needed update of the venerable Jaguar sports sedan. The British car was the most-modern car Jaguar had built, combining modern features and the new AJ6 Jaguar 4.0-liter inline-6 engine with new bodywork and suspension. Unlike earlier updated versions of the XJ6, this was a clean-slate rework of the car.

The Grand Rapids, Michigan, dealer advertising the XJ6 on ClassicCars.com describes it as well-cared for and with relatively low-mileage, pointing out that the white paint shows high luster with an absence of sun fading or dulling from improper care, and the chrome is shiny, although there is a slight haze in the headlight lenses.

The tan-leather upholstery and rich burled wood trim are in excellent condition, the dealer notes, and the doors close with a satisfying thunk. All of the car’s original equipment is present and functional, including the factory audio system, sunroof and automatic shoulder belts, the ad says.

For years, this fourth generation of the XJ6 was overlooked by many due to its more squared-off European look. It did not help that the next-generation XJ6 returned to the traditional XK6 headlight treatment.

Interestingly, though, in the past few years, these cars have started to gather a more serious following. Due to their being among the least expensive older Jaguar models, many have been driven into the ground, making finding one this nice quite difficult.

There is also the fact that these were some of the best put-together Jaguars in the history of the company, and did much to improve Jaguar’s reputation for reliability.

The asking price of this nice example is an incredibly reasonable $13,500, or less than any current compact sedan costs new.