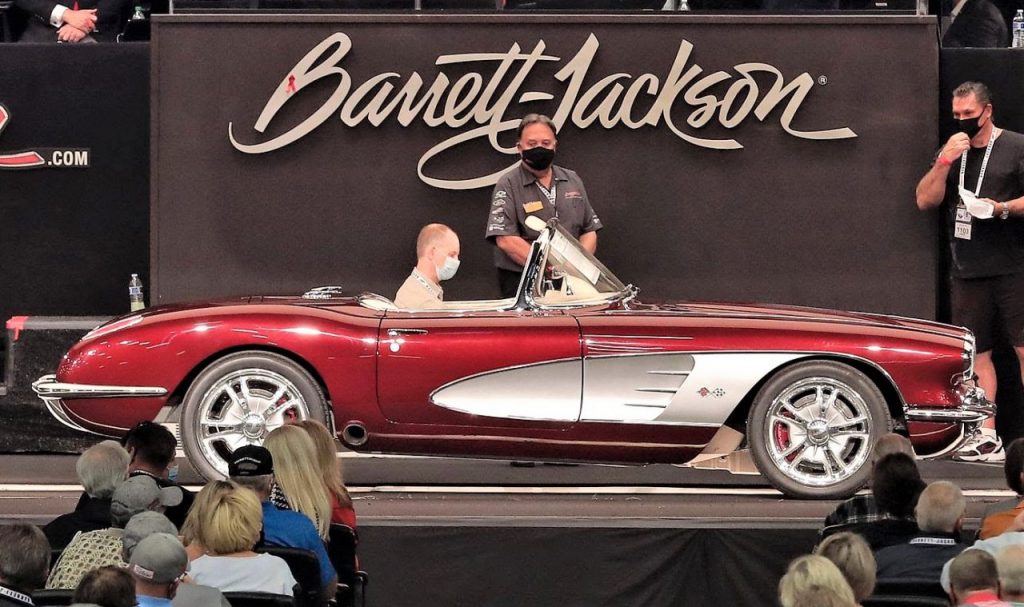 The Fall Auction at WestWorld was added to Barrett-Jackson’s annual schedule to make up for the cancellations of annual sales held in Uncasville, Connecticut; Palm Beach, Florida; and Las Vegas.

Breaking down the numbers at the Fall Auction, 442 vehicles sold for a total of $23.5 million, three charity vehicles went for $845,000 and 349 pieces of automobilia sold for $634,000, according to a Barrett-Jackson news release.

The highest selling car of the auction, and the only 7-figure sale, was a 2018 Ford GT coupe in sinister black that went for $1.21 million (all results include auction fees).  That not only topped the Barrett-Jackson results but set an auction sales record for that model.

While the auction was live, attendance was limited to sellers, consigners and invited guests due to pandemic restrictions.  Much of the bidding and spectating was conducted online and by phone, with the auction broadcast live on the FYI and History cable TV channels plus uninterrupted streaming on Barrett-Jackson’s website.

“The feedback from our attendees was overwhelmingly positive,” Craig Jackson, company chairman and chief executive, said in the release. “Our guests were sincerely appreciative of the efforts we took to put health and safety at the forefront during this auction.

“Working closely with the City of Scottsdale and officials from WestWorld, we demonstrated that we could host live events and maintain the highest standards of safety. We’re excited to carry this excitement into our January 2021 Scottsdale Auction.”

“We applaud the great lengths Barrett-Jackson took to follow local, state and federal health and safety protocols and guidelines during the auction,” Scottsdale Mayor Jim Lane said. “They’ve demonstrated how an in-person event can be successfully managed.”

One of the highlights of the auction was the appearance on the block of rally driver and acclaimed hoonigan Ken Block to help boost the charity sale of his 2016 Ford Focus RS RX, which sold for $200,000 to benefit Team Rubicon.

Charity sales are a signature feature of Barrett-Jackson auctions, which over the years has raised in excess of $127 million for more than 170 organizations nationwide.

Auction president Steve Davis, the man with the dark shades who’s a regular at the Barrett-Jackson podium, expressed excitement at being back in the live-auction business.

“It was such a joy to be back on that auction block and watch enthusiastic bidders light up when their dream car crossed the stage,” Davis said. “We proved that it’s not only possible to produce a live event where guests feel safe, but that the collector car community remains vibrant and the market is resilient and healthy.”

The top-10 (actually, 11 because of ties) highest-selling cars (not including charity sales) are:

The post Barrett-Jackson is back, with live auction reaching nearly $25 million appeared first on ClassicCars.com Journal.