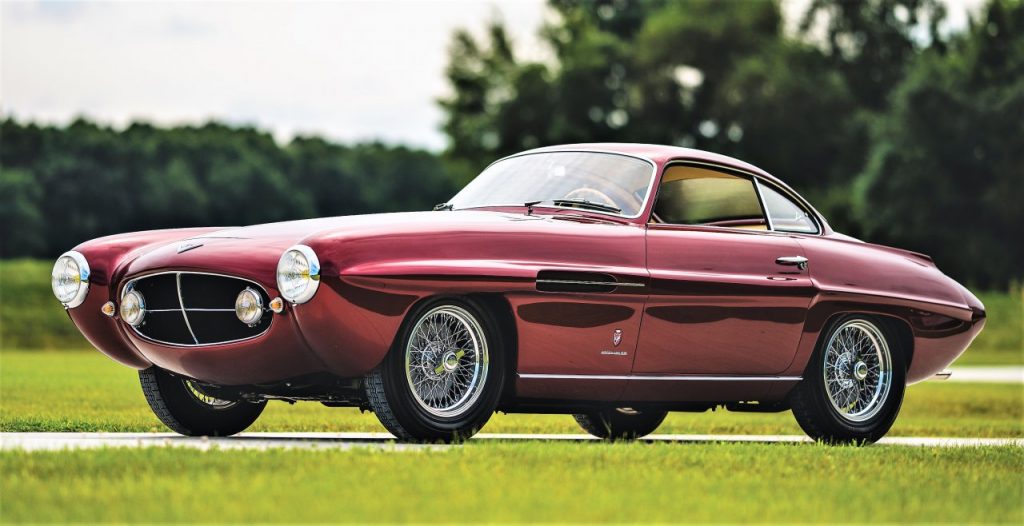 The entire collection of more 240 special cars, 30 motorcycles, collectibles and other vehicles formerly owned by disgraced Elkhart, Indiana, businessman Najeeb Khan was sold by RM Sotheby’s in a two-day bankruptcy auction that totaled $44,385,420 (all results include auction fees).

Many rare and valuable collector cars – eight of which each sold for more than $1 million – were among the items auctioned on behalf of trustees of U.S. Bankruptcy Court, with more than 2,500 in-person and remote bidders from 53 countries participating in the high-profile event, according to RM Sotheby’s.  Nearly all of the vehicles and other items were offered without reserves.

The auction, which had been scheduled for May but postponed because of COVID-19 concerns, was held on-site where Khan’s vehicles were stored.  The pre-auction estimated value of the entire collection had been $36 million.

The more-than $44 million result places the sale as the fifth-highest single-owner collector car auction in history, led by the 1980s disposal of more than 1,400 vehicles from the William Harrah collection in Reno, Nevada, which exceeded $100 million. The results from the recent Elkhart auction exceed those from the 2015 sale of the vast Ron Pratte collection.

“We are extremely pleased with the results, especially considering the complexities and challenges of executing such a high-profile auction with multiple constituents in the current market environment,” Kenneth Ahn, president and chief executive of RM Sotheby’s, said in a news release. “The Elkhart Collection auction was also another case study for the power of ‘no reserve’ collection auctions, with many of the lots seeing incredible results.”

The highest auction seller in Elkhart was a 1952 Ferrari 225 S Berlinetta by Vignale with strong competition history that hit $2.81 million. A 1953 Fiat 8V Supersonic by Ghia was the second highest at $2.04 million.

Three of the 10 top selling cars were so-called continuation cars built in recent years by Jaguar, which endeavored to produce precise modern replicas of rare and famous models of the past.  This auction represented the first-known resale of Jaguar continuations, thus helping to establish their values as collector cars.

“This was a truly unique collection representing exceptional quality, and we had nearly 75 percent of bidders participating over the phone or internet placing thousands of bids, with more than half of all bidders new to our company,” Donnie Gould, car specialist for RM Sotheby’s, said in the release. “Overall, the results were exceptional proving that the market for high-quality collector cars is alive and well across all price points.”

The Top 10 highest-seller cars at the Elkhart auction were:

RM Sotheby’s is currently conducting a single-car Online Only charitable auction of a new 2021 Ferrari Roma, one of the earliest production examples to be delivered to North America, with proceeds benefiting the Save the Children fund.  Bidding continues through October 29.

RM Sotheby’s 14th annual London sale with be held on the Online Only auction platform with bidding from October 26-31 on a wide array of collector cars and a handful of memorabilia items.