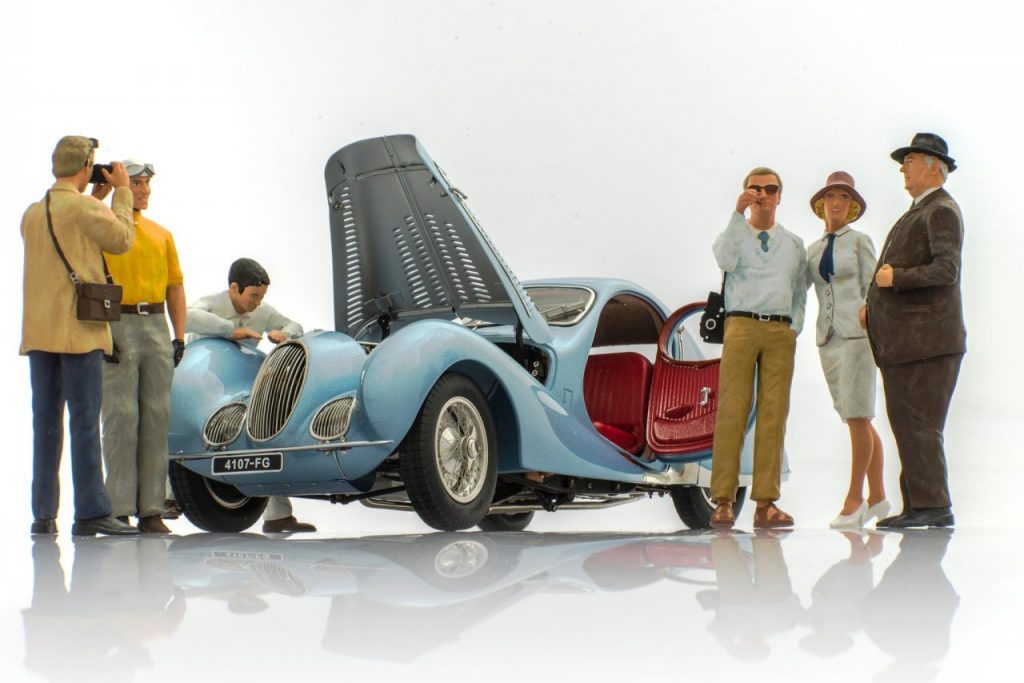 Yes, I’m bummed. Our own Andy Reid and his Belgian photographer sidekick Dirk de Jager did not win the top prize in the Historic Motoring Awards special “Lockdown Initiative 2020” category.

Each year for the past decade, Octane magazine has sponsored and an international panel of judges has voted on the Historic Motoring Awards. This year, because of the shock the coronavirus pandemic had on the collector car hobby, a new category was added.

Long before that category was announced, Reid and de Jager had responded to the pandemic by creating the Isolation Island Concours d’Elegance, an online replacement for the car shows and concours that were being canceled, but this time featuring scale-model cars owned by a variety of collectors from around the globe. Entering one of your model cars in the competition included making a donation to the charity of your choice.

The Isolation Island Concours has been a global success, with real concours judges selecting the winners in the various categories every week or two.

For their part, Andy said he and Dirk were honored just to be among the eight finalists in the category.

Note also that they launched this ongoing series of online showcases way back in early April. My recollection is that it was the first such event designed to fill the void created by the pandemic.

However, winning the Historic Motoring Award in the category was REVS-Limiter, a Facebook community and charity fund-raiser launched in May by British car designer-turned-reverend Adam Gompertz.

Also nominated for the award was the Petersen Car Week, the Los Angeles museum’s online substitute for the virus-canceled Monterey Car Week. It didn’t win either, although the Petersen Automotive Museum was selected as the museum/collection of the year, ahead of the likes of the Mercedes-Benz Museum and the Sammy Miller Motorcycle Museum. Miller did receive the personal achievement award.

McKeel Hagerty, head of the family-owned Hagerty insurance, valuation and drivers’ club company, was accorded the Classic Car Ambassador of the Year award and in what has to be viewed as a fitting tribute, Lady Susie Moss, widow of the late Stirling Moss, received the Lifetime Achievement Award.

Other individuals recognized included Billy Strutt of P&A Wood as Apprentice of the Year, Darren Turner with the Vantage Award, Richard Mille as Industry Supporter of the Year, and freelance writer Charlotte Vowden as the hobby’s Rising Star.

Car of the Year honors went to the 1955/56 Land Rover Series I Station Wagon from the Oxford-Cambridge expedition, Bespoke Car of the year was the Eagle Lightweight GT, and a Vauxhall 30-98 revived by Piers Trevelyan was selected as Restoration of the Year.

Artcurial Motorcars won the Specialist of the Year and Weekend Heroes II by Tony Andriaensens was Publication of the Year (selected ahead of the likes of Pete Lyons’ Shadow, the Magnificant Machines of a May of Mystery.

So that’s the list of winners. And in my book, Andy and Dirk also are winners, even if they don’t have a trophy to show for it. They actually have something much better, expressions of gratitude from car and model collectors around the world, grateful for having a place to take part in the hobby in a pandemic-restricted world.

The post British bias? Andy and Dirk should have won for their Isolation Island concours appeared first on ClassicCars.com Journal.