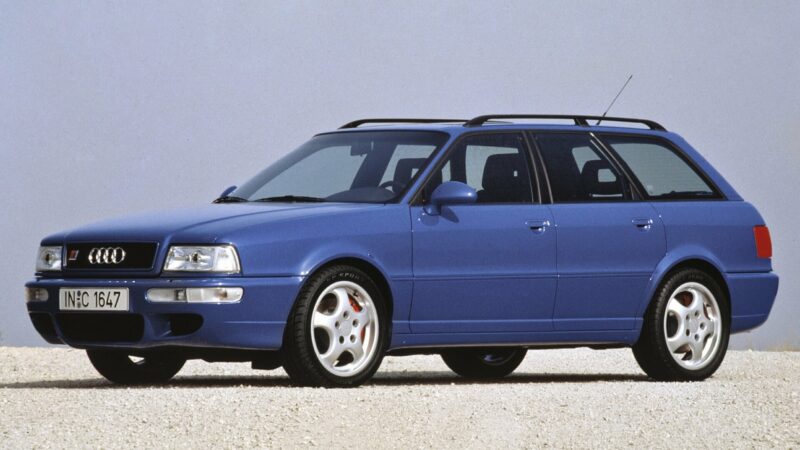 The Audi Ur Quattro is known as the most important Audi of all time, as it cemented the brand as a genuine performance brand. However, I’d argue that there’s another car that’s equally as important for the same reason — the Audi RS2 Avant.

While the Ur Quattro proved that Audi could make performance cars, it was the Audi RS2 Avant that brought us the ‘RS’ brand of cars that are so well-known today. It also created the blueprint for fast Audi wagons that’s still so desirable more than 25 years later.


The Audi RS2 Avant is an interesting car because, while it did bring the world the Audi ‘RS’ brand, the car was actually mostly built by Porsche. Its 2.2 liter turbocharged five-cylinder engine was tuned by Porsche, it had brakes from a Porsche, wheels from a Porsche, suspension tuning by Porsche and even some Porsche body bits, such as lights and side mirrors. It was even built by Porsche, as Audi at the time simply didn’t have the capacity to build such a car. Good thing for intra-VW Group partnerships.

What’s interesting is that the Audi RS2 Avant is still a very quick car. Its Porsche-tuned turbo-five made just over 300 horsepower and was actually capable of 0-60 mph in under five seconds. Back in 1994, that was seriously quick for a wagon. In fact, to 30 mph, it would keep pace with a Porsche 911, thanks to its short gearing, turbocharged torque and, most importantly, Quattro all-wheel drive grip.

The Audi R2 Avant is one of the coolest cars to ever wear the four rings, even if it doesn’t feel particularly revolutionary to drive today. It’s still an incredibly cool car that fans still love and deservedly so.