The Audi e-tron has a surprising amount of competition, as the mid-size electric SUV segment is a relatively hot one. Most of its competition comes from premium brands; Mercedes-Benz, BMW and Tesla. However, there’s a new all-electric competitor that doesn’t come from a premium brand. In fact, it comes from an extremely unexpected brand — GMC — and it brings back an iconic name. It’s the Hummer EV.

For the 2021 model year, GMC is bringing the Hummer back but it’s unlike any Hummer that’s ever been before. Not only is it entirely electric but it’s also not a military-style vehicle. Admittedly, neither was the Hummer H2, which was just a Tahoe in fake combat boots, but the original Hummer was a proper military truck turned road-ready. This is not that. This is purely an all-electric passenger vehicle but it’s one that looks extremely promising.

Powering the Hummer EV is a trio of electric motors; two at the rear axle and one at the front; which combine to make 1,000 horsepower and 1,000 lb-ft of wheel torque (GMC claims 11,500 lb-ft but Engineering Explained did the math to learn that figure is not wheel torque). All of that power allows the electric Hummer to get from 0-60 mph in around three seconds, according to GMC.

More important than 0-60 mph times, the Hummer EV is designed to be an extremely capable off-roader. Through the use of its three electric motors, it can “lock” the “differentials”. Of course, it actually doesn’t have any locking differentials but it can real-time torque-vector using its electric motors. With two electric motors out back, it can effectively “lock” the rear axle by applying an exactly equal amount of torque to each rear wheel. It can also adjust to wheelspin and apply the exact amount of torque necessary to either rear wheel to get the car out of a jam.

The most talked about feature for the Hummer EV is its Crab Walk mode, in which the rear-wheel steering can actually position the rear wheels the same as the front wheels at slow speeds. That allows it to sort of shimmy sideways, like a crab, to get it through tricky situations. 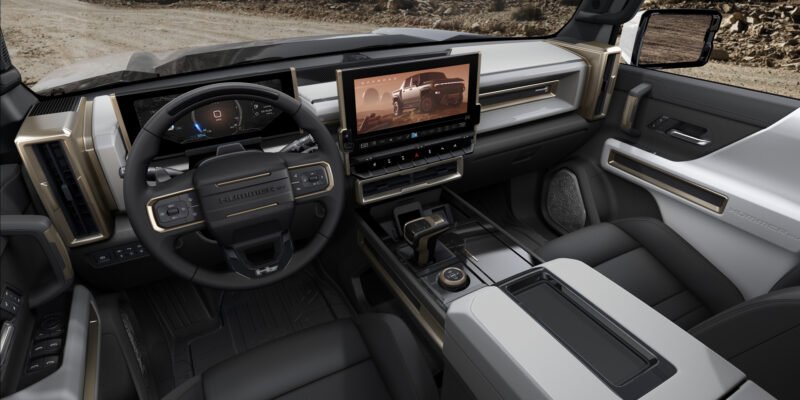 Another great new feature of the Hummer EV is its ability to remove its four separate roof panels. That allows for some open-top off-roading and seems like an extremely attractive feature.

At launch, the battery of the Hummer EV will be capable of 350 miles of range, while also having 800-volt charging capabilites and the ability to charge at speeds of 350 kW. That would let it charge 100 miles in ten minutes. Though, 350 kW charging stations are limited at best.

It all sounds like a compelling package, wrapped in a body that reminds me of the old Lamborghini LM002 in the best of ways. The only real issue is its price. To start, the Hummer EV will cost $112,595 which is nearly $40,000 more than the Audi e-tron. Admittedly, it has far more range and far more power, along with the removable roof, crab mode and three electric motors. So it’s likely worth a six-figure price tag but it’s still a huge amount. 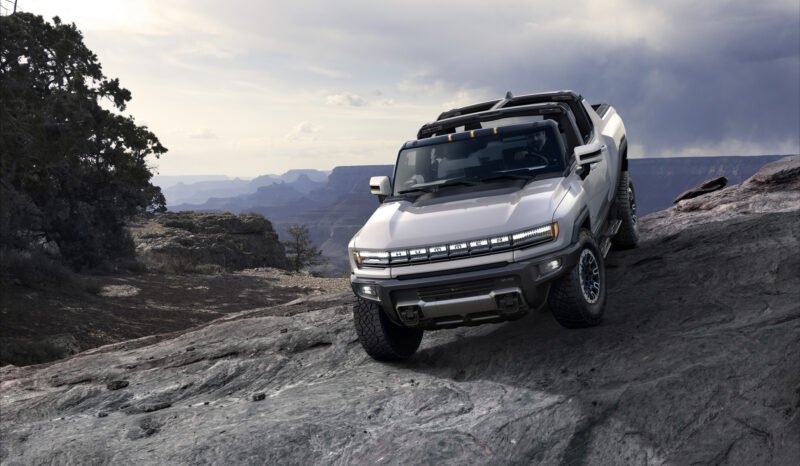 More, less expensive models will come in the future, with the cheapest one starting at $79,995, putting it squarely in the range of the e-tron. That’s going to be trouble for Audi. The Hummer EV, even a lesser model with less power and range, will likely be more attractive to a lot of American buyers than the e-tron. Not only does it have more of a novelty for being a Hummer but it looks great, has a cool cabin, a removable roof and genuine off-road cred.

If I’m Audi, I’m looking at the Hummer EV nervously. Just like the Audi RS6 Avant, with its high price tag, sold hot right out of the gate because if its hype, the same is going to happen with the Hummer. So Audi, along with the rest of the industry, should take notice.