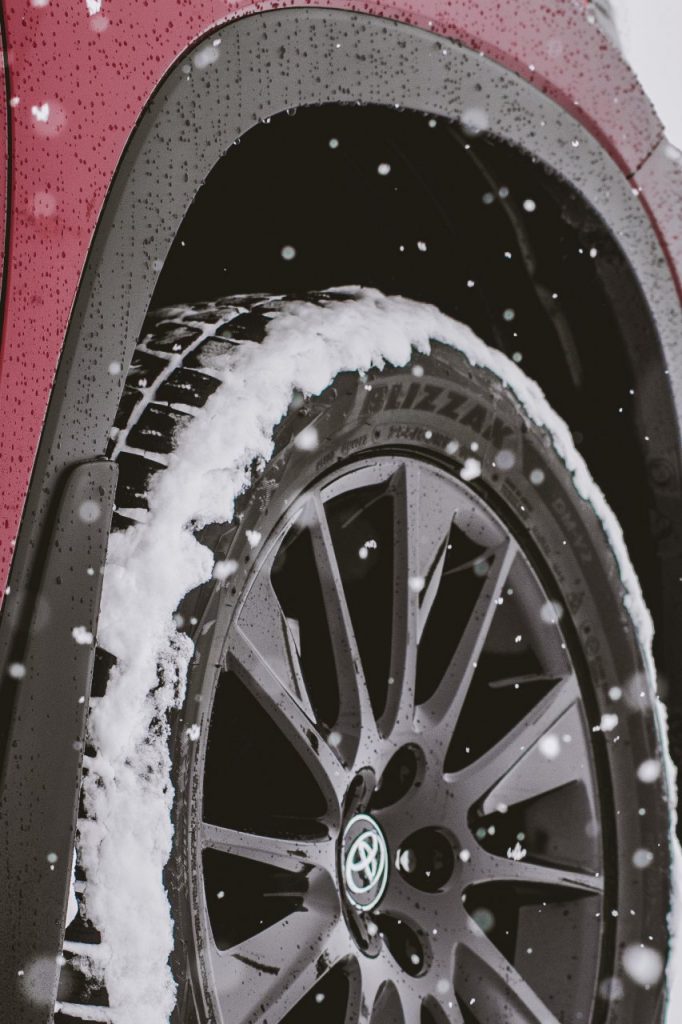 I could almost hear Will Robbins smiling at the other end of our telephone conversation. I’d just shared the story of how a set of Bridgestone Blizzak winter tires had transformed a Mazda Miata from a device of danger that had just spun on an icy interstate into an automotive snowmobile.

He said he’s heard similar stories from dozens of people.

“A lot of tire stuff is really subtle,” said the senior product manager for Bridgestone’s Blizzak winter tire line, “but you never get the ‘aha’ moment like you do when they drive on all-season or summer tires and then put Blizzaks on their vehicle.”

Or as Matt Edmonds, an executive with TireRack.com, a major national tire retailer with an extensive website of tire tests and customer feedback, notes, four-wheel or all-wheel drive may get you moving on snow and ice, but it won’t necessarily help you turn or stop. But specialized winter tires will.

Of those tires, Robbins admits that Blizzak has a majority share of the market.

However, he adds, “We have a big target on our back and a lot of competitors have products that are very close to the Blizzak level of performance.”

By the way, the winter tire market has come a long way since the days when your father put a pair of “snow” tires on the back wheels of your family sedan or station wagon. Those tires likely had tread more suited for providing traction in the snow, but that was about it.

Today, winter tires not only have specialized tread patterns for digging through snow but sipes that provide an escape for ice turned to water from the pressure of the vehicle’s weight and from changes in temperature. Modern winter tires also are produced with compounding designed for cold weather.

“Summer tires are great for track day,” Robbins explains. “The compound is sticky and soft and deals with all that heat. But it gets hard and brittle in the cold. Winter compounds are designed for the cold environment, even on dry pavement.”

Forty degrees and below is where winter tires excel, he said. However, he suggests that “when you can see your breath,” it’s time to put the Blizzaks on your vehicle.

Oh, and you put them on all four wheels, not just those that put power to the pavement.

Noting that the overall performance of winter tires has improved through the years, Robbins explained that instead of a pair of tires designed to improve grip in snow, “today’s winter tires have such different traction levels that you need all the axles to be balanced for proper performance.”

Yes, it means buying an extra set of tires for your vehicle, but there are a couple of benefits to consider beyond enhanced safety in winter. For one thing, changing tires means you’re not putting as many miles on your warmer-weather tires so you’re not replacing them as soon.

For another, you can drive year around in the same vehicle rather than having to acquire a second vehicle with 4-wheel-drive or as was popular in some locations, a “winter rat” – an inexpensive second car purchased in the fall, driven through the winter and then abandoned in the spring, if not when it stalled out or became buried during a major winter snowstorm.

But what about studs or chains for driving in the winter?

“Chains are a useful tool for what they’re designed to do, for emergency situations,” Robbins explained. “The downside is, if not used correctly, chains can do more harm than good,” damaging both road surface and tires.

In fact, it was damage caused by studded tires and chains in Japan that led to the development of the Blizzak winter tires. Metal chains were banned in Japan in the 1980, so Bridgestone set out to develop winter tires that worked just as well, and thus the Blizzak line.

Typically in the tire world, the newest tires are the best as tire companies work to leap-frog each other. Robbins notes that the Blizzak development team doesn’t “sit on the success,” but is continually working to improve the product and its cold-weather performance.

WS90 for cars and minivans

LM001/LM-32 for high-performance sedans and coupes

“I don’t know a person who has regretted the purchase,” Robbins said, adding that people typically go from considering Blizzaks to trying them to “Wow! This is amazing!”

One way to have the experience before you buy a set is the Bridgestone Winter Driving School in Steamboat Springs, Colorado. The school has been in operation for more than 30 years. It opens when the weather gets cold enough, offers a variety of classes taught by experienced professionals — many with experience in rallying — and uses a variety of Toyota vehicles.

For more information, visit the Blizzak and winter school websites.

The post Winter’s coming: Are your tires ready for snow and ice? appeared first on ClassicCars.com Journal.