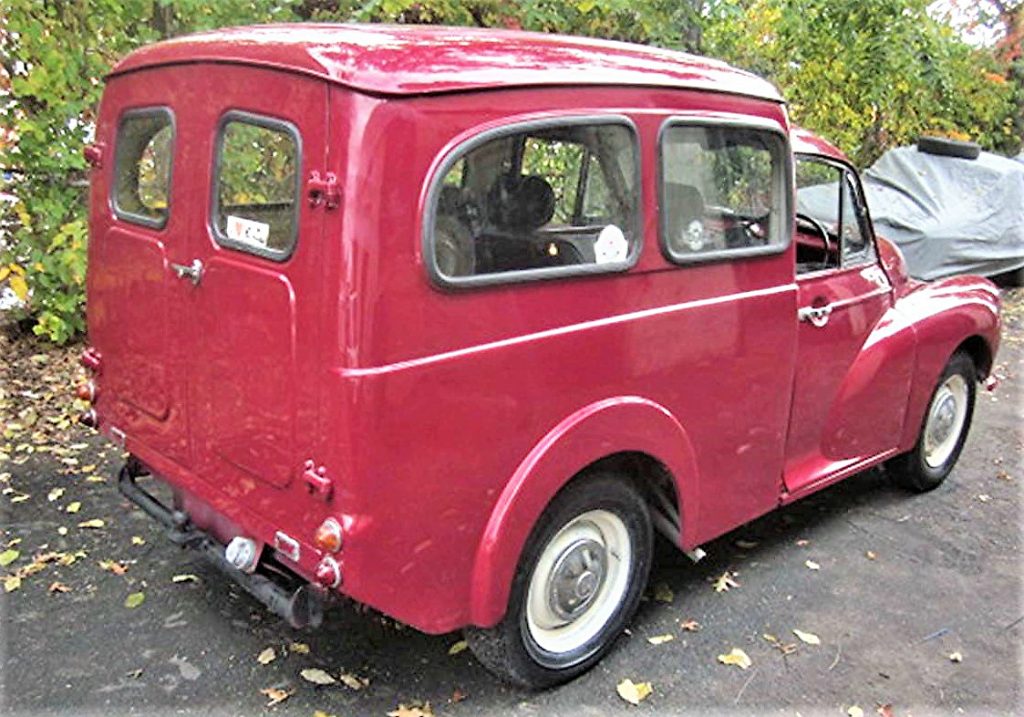 Vintage Morris Minor vans and pickups are cute and appealing, and much less common in the US than Minor sedans, convertibles or Traveler woodie wagons.

The Pick of the Day is a true rarity, a 1968 Morris Minor panel van with side windows, a model that apparently was produced only in New Zealand, according to the Stratford, Connecticut, dealer advertising the wee truck on ClassicCars.com.

Morris Minors were once the mainstay basic vehicles in the UK, the Alec Issigonis design hitting all the right notes for British buyers, long before the brilliant engineer created the iconic Mini. Though it had a conventional layout of front-mounted engine and rear-wheel drive, the Minor was the British equivalent of the Volkswagen Beetle in Germany, Fiat 500 in Italy and Citroen 2CV in France.

The Minor van was created for business and deliveries, and this one despite its attractive window treatment is still simply a van rather than a station wagon because there is no rear seat, just a loading surface.  And being from New Zealand, its steering wheel is on the right ride.

“As rare as they these cars are in the USA, this car is far rarer, being factory fitted with twin side windows on each side of the rear bodywork,” the seller says in the ad.

The seller claims to “have searched through publications on Morris Minors, and the only mention of a panel van with windows states that it was done experimentally by BMC (the British Motor Corp.), but due to putting the car in a higher tax bracket, the idea was dropped.

“Have written to Morris Minor clubs and specialists in England, Ireland, Australia, New Zealand, and throughout the US, and what I learned was this special body was built when these cars were assembled in New Zealand. Which is from where the last owner told us he imported this panel van. All of which ties in with the New Zealand inspection and club stickers on the windows.”

The Minor is in very good condition, the dealer adds, with solid floors and body, and an “excellent 1,100cc engine” that the dealer believes had earlier been rebuilt.  The seller added a new water pump and aluminum radiator, and the wiring harness appears to also have been replaced.

“Runs well, no smoke, performance seems equal to my own 1,100cc Morris Minor Traveler, and we just repainted the car in beautiful BMC Damask (a deep reddish wine color),” the seller adds.

The asking price for this unusual piece from the island of New Zealand is $18,900.

The post Pick of the Day: 1968 Morris Minor panel van, but with windows appeared first on ClassicCars.com Journal.