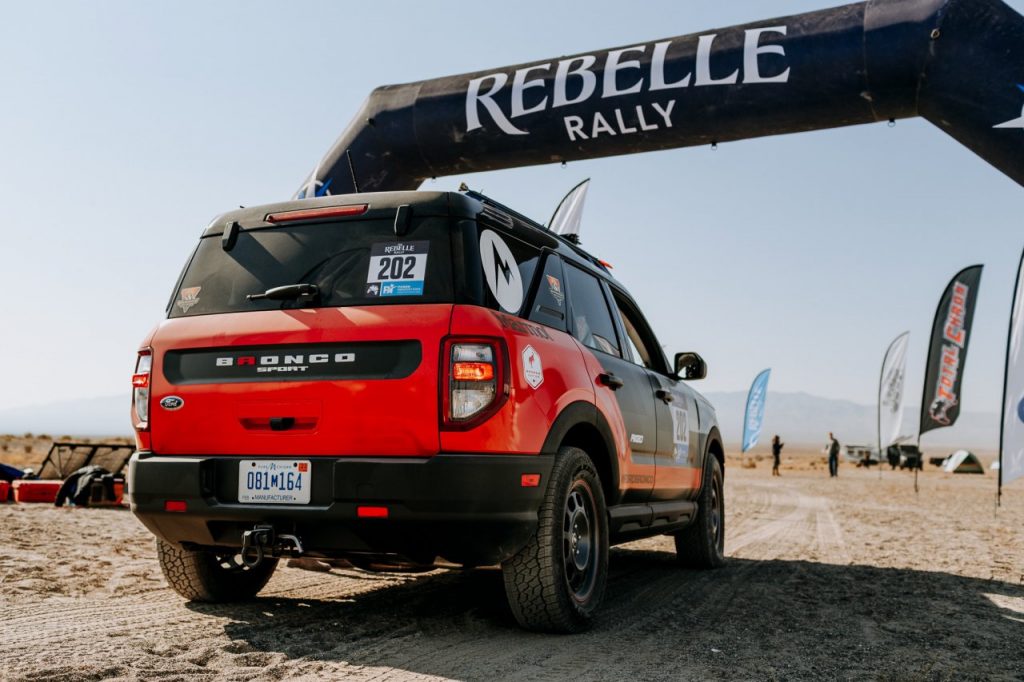 So, we were confused when we saw news from Ford that the spanking-new and not-yet-available at Ford dealerships 2021 Bronco had posted a victory this past weekend in the “grueling Rebelle Rally.”

Enjoying this latest shot across the bow in the delightful Bronco vs. Wrangler off-pavement duel, our first thought was, “How did Jeep do?” So we checked the rally website and were surprised to find no mention of a single new Bronco — let alone the three that Ford said it had entered — on the results list.

Turns out that the rally, which is open only to female contestants, has two classes — 4×4 and X-Cross. We were looking at the 4×4 Class which, by the way, was won by a 2020 Lexus LX570 driven by Rachelle Croft and Taylor Pawley.

We went down the results, and even checked the entry list with all 30 contestants, and the only Bronco we found was a 1969 model. There were, however, several Jeeps, including a 2020 Gladiators, Rubicons and a JLU, 2018 Wrangler Rubicons, 2018 Rubicon, 2006 Wrangler, etc.

Finally, we clicked over and found the X-Cross results. This class drew six entries, a 2020 Kia Telluride, 2020 Mitsubishi Outlander PHEV, a 2014 Volkwagen Touareg, and the trio of new Broncos. One of the Broncos won, driven by Shelby Hall, granddaughter of famed off-road racer Rod Hall, and Penny Dale. The other two finished 5th and 6th.

Now in its 5th year, the Rebelle Rally is billed as the first all-women’s off-highway navigational rally raid in the United States. The recent 2020 rally began near Lake Tahoe, traveled through Nevada and California, and ended 1,200 miles later on the Imperial sand dunes in Southern California.

GPS is not allowed; competitors find their way by compass and map navigation as they travel from checkpoint to checkpoint along the route.