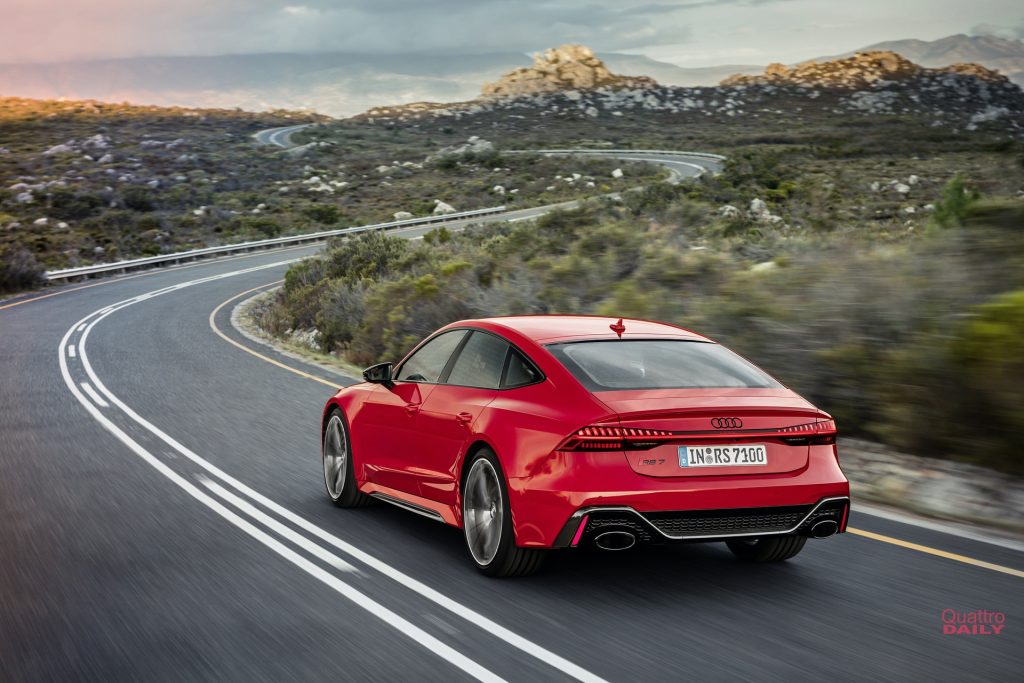 The Audi RS7 Sportback isn’t the only sleek, power four-door car in its class. In fact, there are a couple, both of which from Audi’s main competitors; the BMW M8 Gran Coupe and the Mercedes-AMG GT 4-Door. However, the RS7 Sportback might be the best looking of the trio, as it’s an absolute stunner. So, too, is the M8 Gran Coupe but the RS7 might have the edge, as this new video from Auditography proves.

Seen here in Tango Red, the Audi RS7 Sportback absolutely drops jaws. Even the standard Audi A7, on which the RS7 is based, is a stunner, with its slick sportback design, muscular wheel arches and sharp body lines. The RS7 just takes it to a new level, thanks to its lower ride height, more aggressive air intakes, black accents and massive wheels.

Oddly, the interior is a bit humdrum for the segment. Not that it’s bad, because it isn’t, but it just doesn’t have the same visual flair as you’d find in, say, something from Mercedes-Benz at this price point. Still, the materials are wonderful and the tech is slick.

Under the hood is a 4.0 liter twin-turbocharged V8 with 591 horsepower and 590 lb-ft of torque. So it’s seriously quick. However, being that the car in this video is a Euro-model, it’s fitted with the EU’s new regulatory particulate filters, which dampen the noise from its exhaust. So when standing still, it has a soft rev-limiter of 4,000 rpm, meaning you can’t rev it up at a stop light to intimidate other motorists. Also, while driving, it has a muted sound. It still sounds good but just not as good as you’d expect a 4.0 liter V8 to sound.

Thankfully, here in America, we don’t have such particulate filters, so our Audi engines sound a bit bitter. Though, they do emit more emissions…