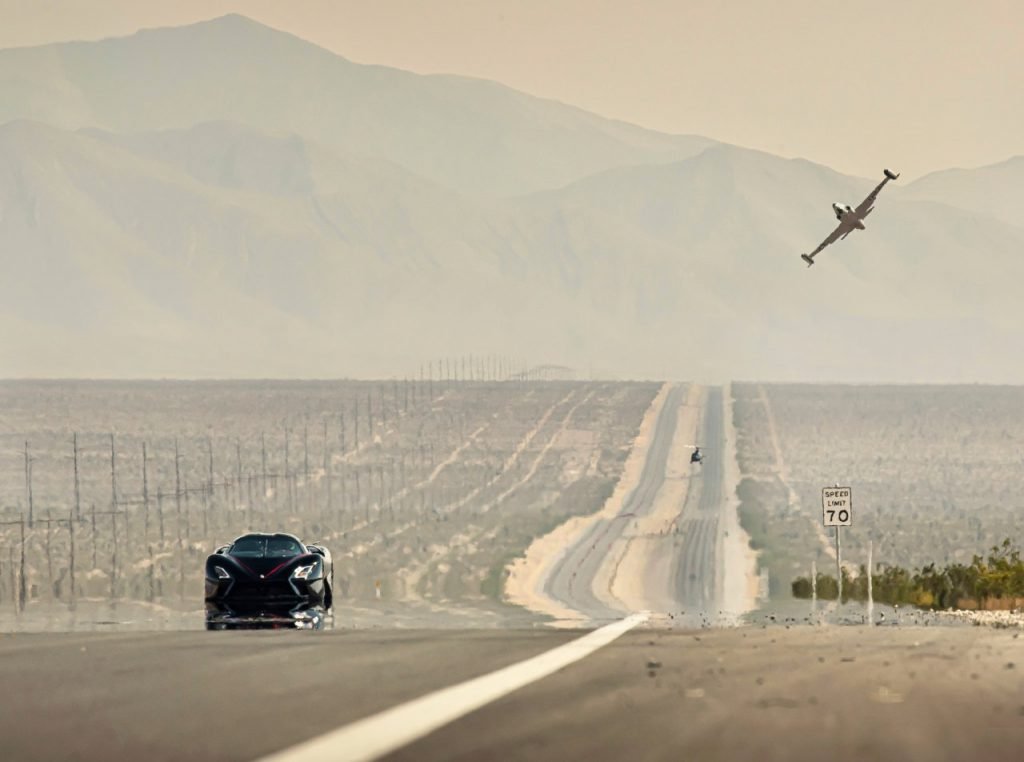 “In accordance with record criteria, the Tuatara traveled in opposite directions, clocking its speeds within one hour, to break the world record for ‘Fastest Production Vehicle’,” SSC North America said in its announcement, apparently delayed to coincide with coverage by the Top Gear television show.

“Officials were on site to verify all world-record criteria was met — including review of Dewetron GPS measurements, which tracked the speed runs using an average of 15 satellites — and to confirm the new record,” SSC North America added.

“It’s been 10 years since we held this record with our first car, the Ultimate Aero, and the Tuatara is leagues ahead,” SSC North America chief executive Jerod Shelby was quoted in the news release.

Shelby established his company as Shelby Super Cars, but later changed the name to avoid any confusion with the unrelated Carroll Shelby or the car companies that trace to him.

“We came pretty close to meeting the theoretical numbers,” Jerod Shelby added, “which is astonishing to do in a real-world setting on a public road. America’s new claim to victory in the ‘land-based space race’ is going to be tough to beat.”

“There was definitely more in there,” Webb added. “And with better conditions, I know we could have gone faster. As I approached 331 mph, the Tuatara climbed almost 20 mph within the last five seconds. It was still pulling well.

“As I told Jerod, the car wasn’t running out of steam yet. The crosswinds are all that prevented us from realizing the car’s limit.”

The record was set on a close section of public highway between Las Vegas and Pahrump, Nevada.

The SSC Tuatara’s sleek bodywork was designed by Jason Castriota of Castriota Design and its twin-turbocharged engine, which develops maximum power on E85 ethanol fuel, and 1,350 horsepower on 91 octane unleaded, comes from Tom Nelson of Nelson Racing Engines.

Shelby shares his feelings on the culmination of passion, engineering, and intuitive thinking on the day of the speed run by saying, “We validate our engineering by building a car capable of going 330 mph.

“We validate our passion by accomplishing this, despite years of setbacks and challenges. And we validate our values by making sure Oliver’s safety was the first and foremost important goal of the day.”

“We see ourselves as a piece of history that we hope inspires others to break their own boundaries. The only way we got to where we are today is by breaking our own. Accomplishing a feat of engineering that pushes the limits of a road-legal car by a margin this large is both exciting and inconceivable, even to me.

“We are entering a time where we are no longer faced by the limit of machines, but by the human factor.”