This weekend’s 10-hour endurance event at Road Atlanta in Braselton, Georgia finally fell in Porsche’s direction. After an entire season worth of horrible, no-good, very bad luck, Porsche managed to persevere in one of the most important races of this very weird 2020 season and pull off the GTLM class victory. Considering last weekend saw both cars knocked out of the race in the first 20 minutes, that Porsche was able to turn the rebuild of the cars around in a week and make them strong enough to win is testament to the team’s greatness. It’s a shame the 911 RSRs will be leaving the IMSA paddock next season.

Despite Porsche’s victory, this race was not without its turbulence, as the team was on track for a first-and-third double podium finish until the third placed #912 car of Laurens Vanthoor, Earl Bamber, and Mathieu Jaminet became entangled with a GTD-classed Lexus which found both cars hard into the wall, dropping them off of the podium. Further shemozzle saw the winning car tipped into a spin through collision, fortunately with minimum damage and the car was able to continue on and recover to take that victory. 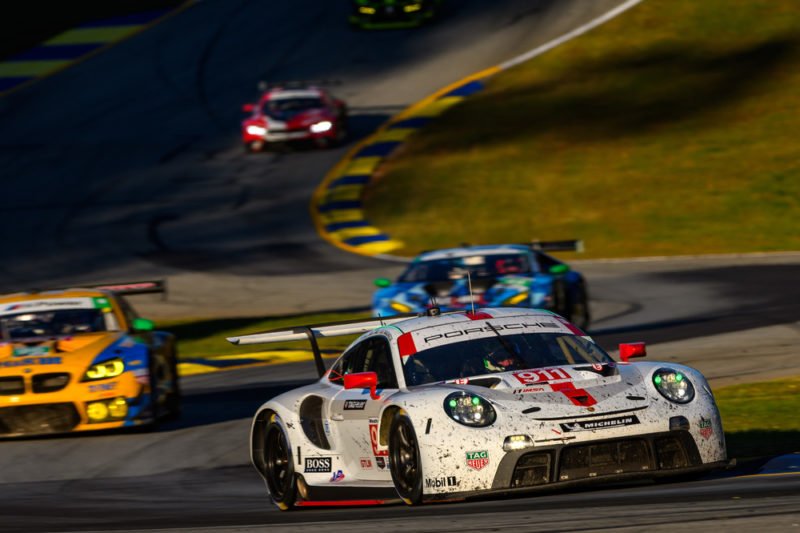 Both of the team 911 RSRs were fighting for the overall victory for the entire race, staying in touch with the front of the class, though rarely leading. The six-car class saw tough competition from Corvette and BMW. Laurens Vanthoor in the #912 managed to turn the fastest lap of the race, but the car was handed a frankly undeserved drive-through penalty for side-to-side contact while battling a GTLM class competitor. That allowed the #911 car of Fred Makowiecki, Nick Tandy, and Matt Campbell into the position of attack from the Porsche camp, keeping in touch with the leading BMW in the final stint. When that BMW was forced into an unscheduled pit stop half an hour from the end, Mako pressed forward into the lead and held it until the end. 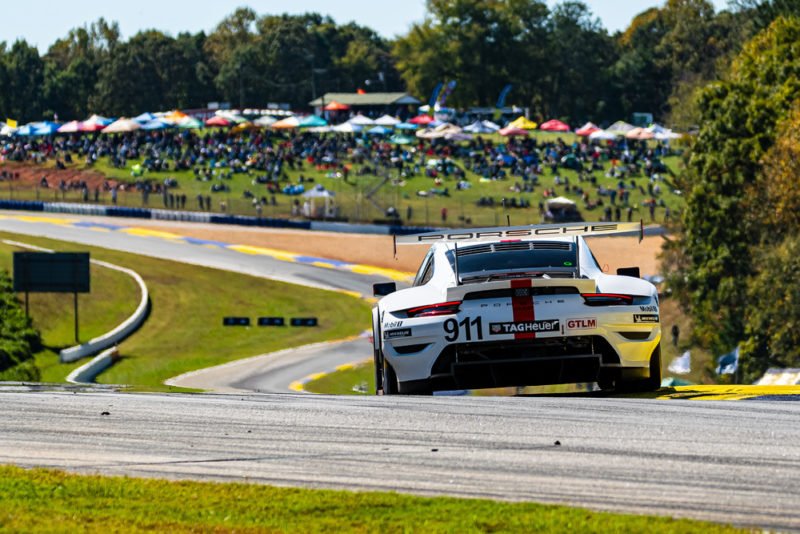 When the leading prototypes took each other out with 12 minutes remaining in the race, there was a short full course yellow. On the restart of the race Mako got away well at the front, but Vanthoor did not fare quite so well. Trying to make a perhaps desperate pass around a slower classed Lexus, Vanthoor made contact with the track curbing, which tipped him back into the Lexus and shoved both of them into the wall at the esses. This brought out another yellow flag segment with four minutes remaining in the 10 hour race, which would finish under yellow, securing Porsche’s victory. 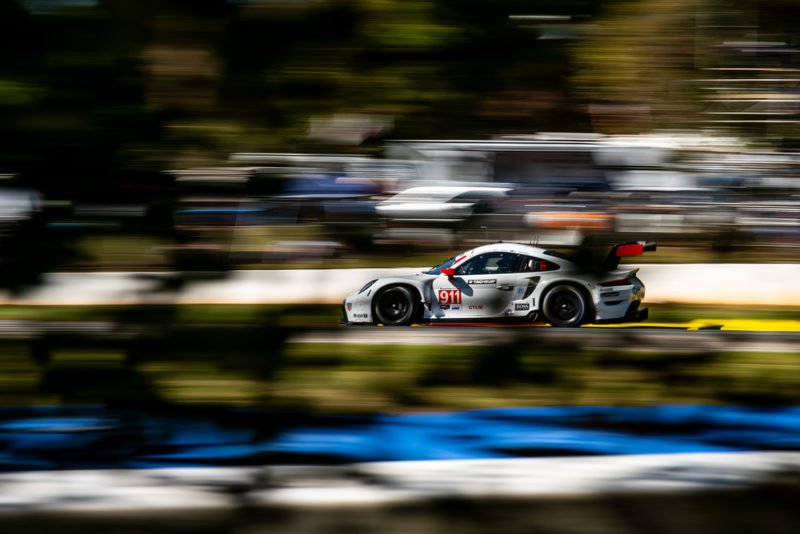 In spite of the damage, Vanthoor did manage to bring the #912 car home across the line, but lost two laps in the process. Four GTLM class cars finished on the lead lap, meaning the second Porsche could do no better than fifth.

Pascal Zurlinden (Director Factory Motorsport): “What a fantastic result for the team. We’ve suffered many setbacks during this IMSA season. This victory at ‘Petit Le Mans’ is the reward for all the hard work that everyone in the team has done. That includes both the team here in the USA and our Weissach squad.”

Steffen Höllwarth (Head of Operations IMSA Championship): “The monkey’s finally off our back. Those were some tough and intense ten hours with ups and downs. We had to deal with some minor setbacks, but we didn’t let it ruffle our feathers and were in the right place at the right time in the end. I’m thrilled for the boys. Unfortunately, in the fight for GTLM victory, the number 912 car was involved in an accident while lapping a GTD vehicle, otherwise we could have brought home an even better result. Still, a huge compliment to the whole team. Today we benefited from the necessary racing luck several times, which has evaded us in the past. We’re happy with this victory and we’re looking forward to the last two races of the season.” 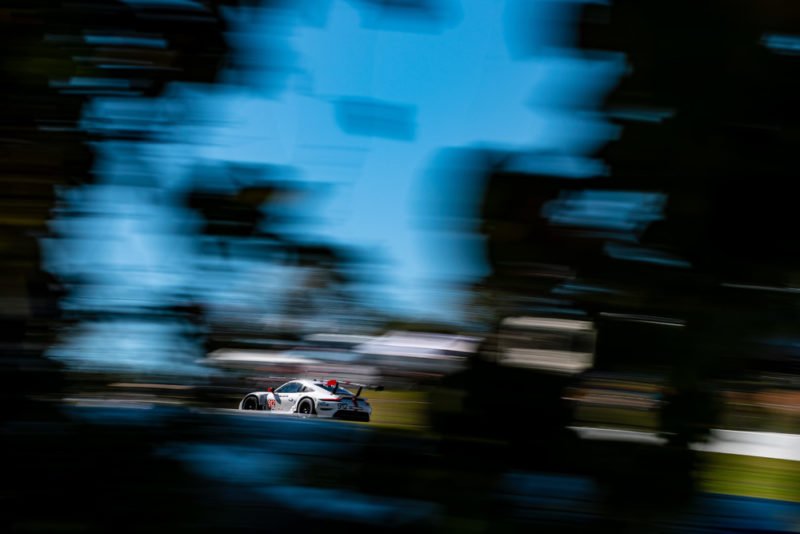 Nick Tandy (Porsche 911 RSR #911): “Petit Le Mans was extremely exciting, especially towards the end. We ran a risky strategy to maintain contact with the leaders. There were one or two incidents early on in the race, but the last few hours ran perfectly. After the problems that we’ve had this year, we would’ve been happy with a podium finish. To see Fred actually cross the finish line in first place was a very emotional moment.”

Laurens Vanthoor (Porsche 911 RSR #912): “I’m disappointed. We lost about 15 seconds at the final pit stop when we were hampered by another vehicle. After the last safety car phase we were running third and we had only three laps to go. After I quickly squeezed past a Corvette, I wanted to overtake a GTD car. After pulling level with the car, the other driver suddenly turned in. Our cars touched and we both spun. It was a risk, of course, because ultimately I wanted to win. I think if I faced a similar racing situation, I’d make the same decision. But it simply didn’t work.” 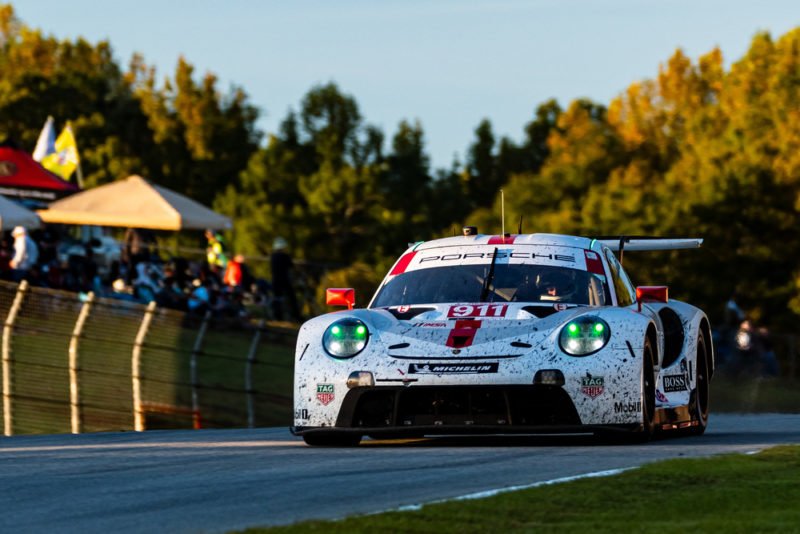