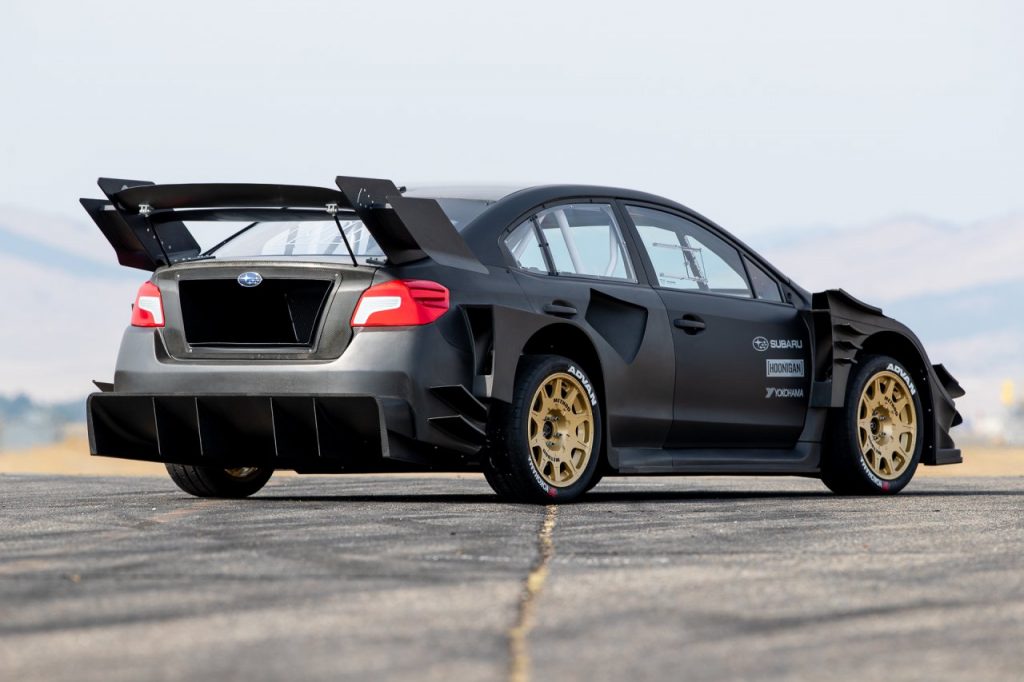 You may remember back in 2008 when a Gymkhana video of Ken Block driving a 2-year-old Subaru Impreza WRX STI through a series of obstacles and a variety of stunts on an empty airfield went viral.

Earlier this year, Subaru and Hoonigan announced that Block would pass the torch to rallycross racer Travis Pastrana. This week, Subaru Motorsports USA and Hoonigan debuted a new video (below) featuring Pastrana’s first drive in the new Gymkhana Subaru.

Pastrana brings with him a reputation for starring in rally, rallycross, supercross, freestyle motorcross, stunt-driving and even NASCAR racing experience, but this would be his first outing in the gymkhana-series.

Like Block’s earlier video, Pastrana met the radical new car, built by Vermont SportsCar, at an airfield, this one in Montana.

“When we brought Subaru back to Gymkhana, we knew we had to build something outrageous,” said William Stokes, Subaru of America motorsports manager. “Travis always wants to push the limits, so we knew from the outset we weren’t going to do this with a rally or rallycross car. This was an opportunity for us to redefine what an STI could be, and the results speak for themselves.”

“This STI is unbelievable,” Pastrana said. “We’ve never had the opportunity to do this before, to build a car with no restrictions.

“Engine, suspension, aero — everything is unlimited, clean sheet. It’s crazy fast, easy to control and get sideways and it was perfect out of the box in testing. Gymkhana is a new challenge for me but I want to raise the bar, and this is the car to do it.”

So, apparently, will the Yokohama tires on which the car rides.

For higher speeds and extreme control, Pastrana and Scotto opted for the Avan A052. However, they also realized that for lower-speed runs with the visual appeal of tire smoke, the Apex was the right tire for photography and video.

Speaking of which, you can see the test session — and the tire smoke — in the video.