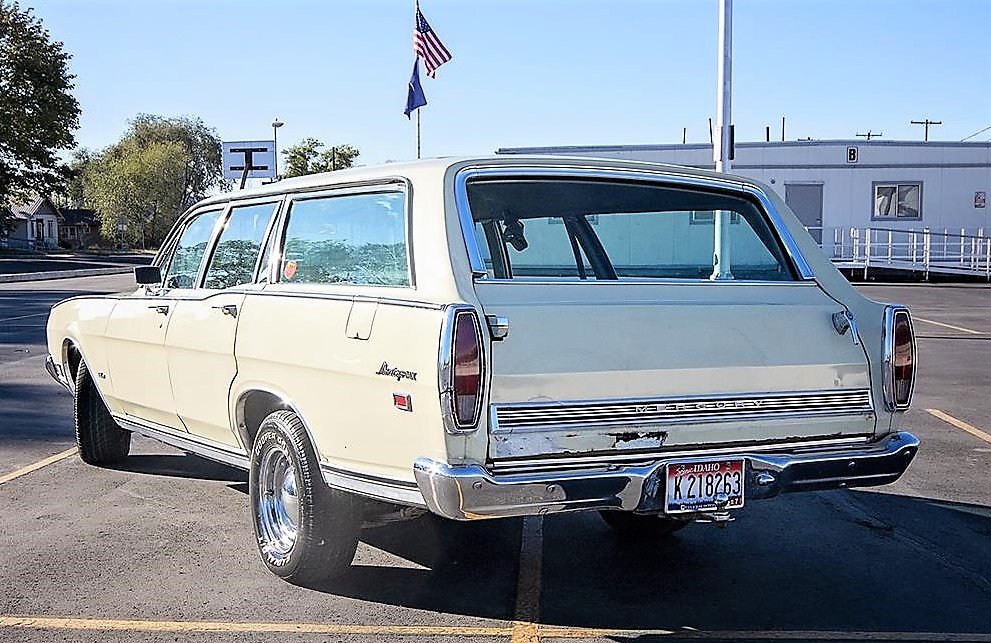 Sources vary about the average length of time people that keep their vehicles.  According to Autolist, that duration is about six years (roughly the same term length of a new-car loan).  Just like anything else in life, people like to change things up and enjoy fresh aesthetics, new feature content, or different driving experiences throughout their driving careers.

But one family in Twin Falls, Idaho, has kept their 1969 Mercury for more than 50 years.

The Pick of the Day is a 1969 Mercury Montego MX station wagon advertised on ClassicCars.com by a private seller whose parents bought it new.

“My parents purchased this station wagon brand new in the fall of 1969,” the Twin Falls, Idaho, seller says.  “Yes, I was the child in the third row facing backwards.”

The listing contains photos from the family album, including a shot of the Mercury’s original owner proudly posing with the car when it was new.

The Mercury Montego name dates to model year 1968 when it was rolled out as a four-door sedan, two-door hardtop, four-door station wagon and two-door convertible.  The Montego shared underpinnings with the Ford Torino and pulled its name from Montego Bay, Jamaica.  The name evokes thoughts of the classic Beach Boys song “Kokomo,” with the lyrics “Key Largo, Montego, baby why don’t we go.”

Retained in this Montego is its original 351cid V8 engine.  In fact, according to the seller, most of the Mercury is original to its 1969 build, including the paint and much of the upholstery.  There are a couple of mechanical and cosmetic issues to address, the seller says, including an inoperative power rear window and some rust on the tailgate, although the seller is including a replacement gate in the sale.  The photo gallery that accompanies the listing also shows some rust in the rear quarters.

The good news is that the Mercury is said to be well-sorted mechanically, and the sale includes an invoice for work performed between July and September 2020.  The seller states that the car runs great.  The odometer shows about 81,000 miles.

We aren’t sure why the seller is parting ways with this family heirloom after such longstanding ownership, but hopefully it goes to another loving home.  The asking price is $14,000.