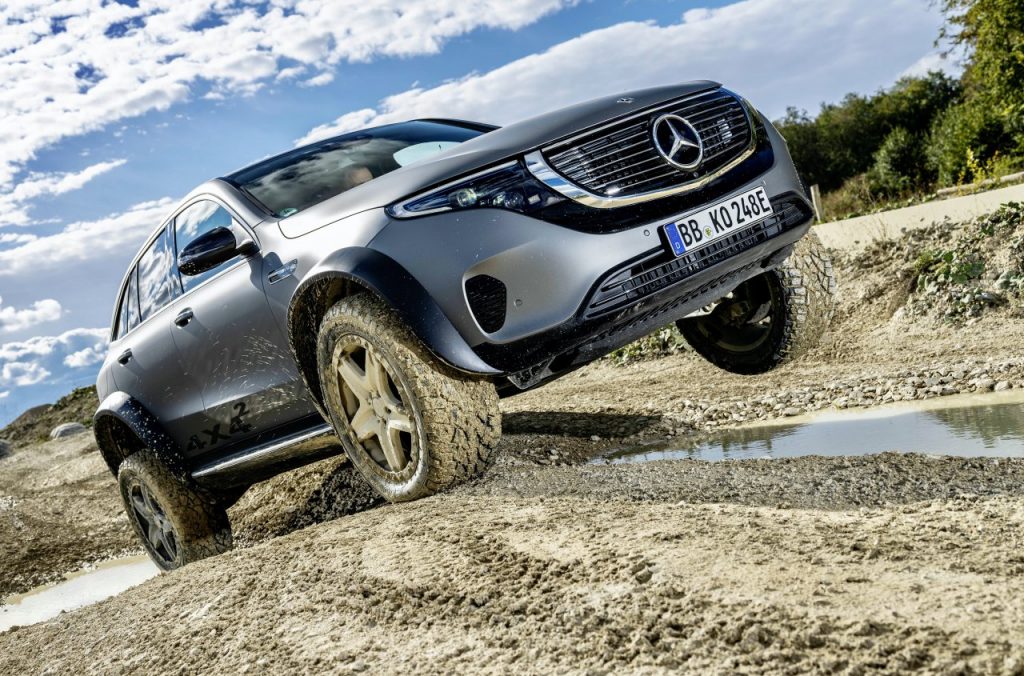 A few years ago, I had a neighbor who had outfitted his Jeep Cherokee for very serious off-roading, the most challenging terrain he could find in the Arizona desert and mountains.

In fact, he’d made that vehicle so stout that when it was struck one day by an errant city bus, it was the larger vehicle that sustained the most damage.

But there was one thing my neighbor couldn’t do to his off-roader that he wished he could, and that was to make it electric powered so he could explore the wilderness in silence.

Fast forward a couple of decades and news comes from Germany that the EQC 4×4², the latest concept vehicle from Mercedes-Benz, is just what my neighbor wanted — a battery-powered, go-anywhere 4×4.

“The EQC 4×4² shows that electrification at Mercedes-Benz already goes farther than the road network,” according to the news release from Daimler, which notes that the concept vehicle was developed off the EQC 400 4Matic model, although unlike my neighbor, silence wasn’t necessarily Mercedes’ goal.

“The technical highlights include the multi-link portal axles as well as the production of a powerful sound in the interior and exterior,” Daimler reports. “The headlamps turn into ‘ampspeakers,’ because they also function as a loudspeaker at the same time.” Say what? Why?

The release notes that, “The EQC 4×4² is an electric car of extremes. Mercedes-Benz wishes to test the limits with this vehicle, and show that e-mobility is not just urban but also conceivable off-road.”

“The EQC 4×4² shows how enjoyable sustainable mobility can be,” said Jurgen Eberle, chief development engineer for the project. “This is where electromobility high-tech and an intriguing customer experience are transferred to the mountains.”

The concept vehicle has more ground clearance than a G-Class SUV. Approach and departure angles are 31.8 and 33 degrees, respectively, again greater than the G-Class.