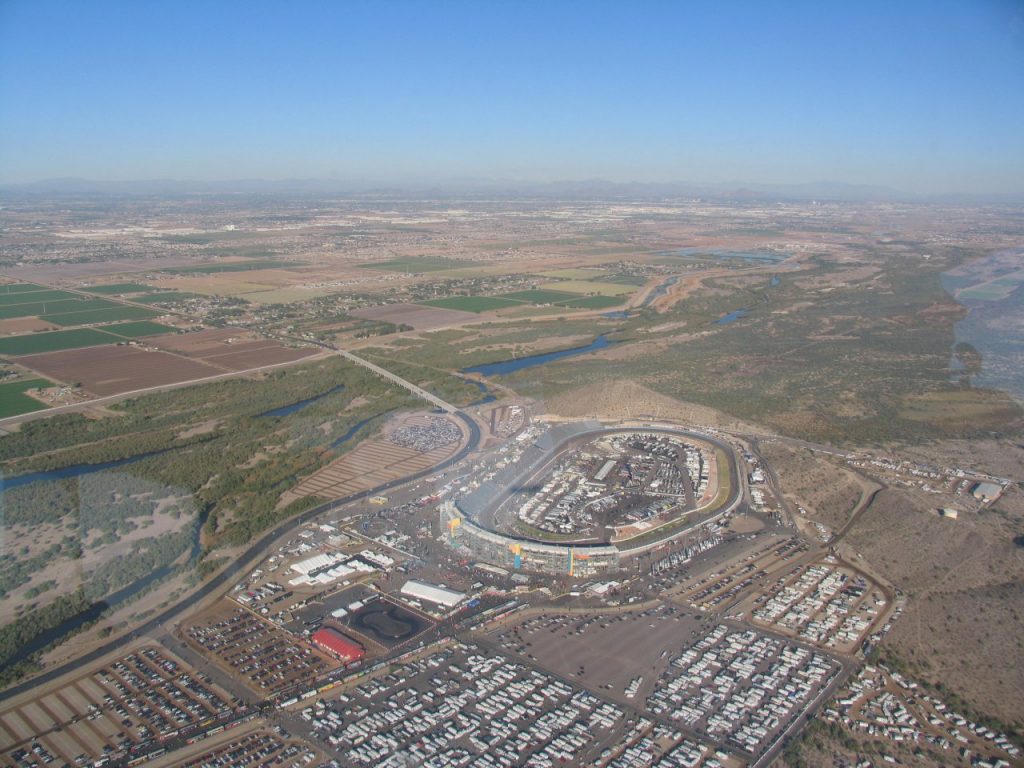 Although it almost always carries a pair of pilots, it really takes only one such expert to fly the Goodyear Blimp. But it takes a ground crew of around 20 people to get the airship ready for its flight, and then safely back to the ground again.

I discovered the above when I was invited to ride along on a flight in 2010, when the Spirit of America was visiting, quite fittingly, Goodyear, Arizona, a community founded by the rubber company, not to grow rubber, but cotton.

During World War I, the German Navy prevented the shipping of the Egyptian cotton used to produce strong fibers for American tire production, so Goodyear launched Southwest Cotton and bought 16,000 acres of desert to grow and produce its own fibers.

During World War II, the U.S. military built an airport and test facility. After the war, as many as 5,000 airplanes were mothballed at what later would become a general-aviation center.

The airport also serves as a temporary base for Goodyear blimps when they are the Phoenix area to provide aerial camera service for auto races, golf tournaments, football games, etc.

Technically, blimps are airships, and the nautical connection becomes clear when you ride along. There are mooring lines used to keep the gondola passenger compartment hovering just above the ground during takeoff and landing and our pilot, Captain Kristen Davis, noted that piloting a blimp compares much more to piloting a very large boat than either an airplane or helicopter.

And like stepping into a boat from a docket, you take that first step carefully because, while held by ropes, the blimp is not stationary but moving up and down as it seeks to go skyward. Fortunately, the Godyear ground crew is ready to prevent any misstep.

The blimp/ship rides on an ocean of air, not water, and that air has to be relatively calm for the flight to take place. Each of the Spirit’s two engines could propel it to a speed of 25 mph. For safety, the blimps were grounded if the wind exceeds that rate. (Since then, Goodyear also has launched a new fleet of larger, more Zeppelin-like airships capable of at top speed of more than 70 mph.)

Spirit carried enough fuel for 30 hours of flight. While there was room for seven people aboard, there was no bathroom, though there was a tube the (male) pilots could use for relief during long-duration flights.

Our flight, part of a promotional fund-raising tour for the Support Our Troops program, lasted 50 minutes. The captain used an elevator wheel that resembled a ship’s steering wheel, but not to steer, which is  by rudder pedals, but to lift the vessel into the air. Temperature and air pressure affect the helium, so the ship is built with two large, internal ballonets that can take or expel air to maintain the vehicle’s internal pressure and shape.

As in a helicopter, there’s little sensation of moving, it’s more as if the ground simply retracts from beneath us as we ascend to around 1,500 feet.

Yes, the view is amazing!

Yes, I’d be eager for another ride!

The post Welcome aboard: We ride aloft in the Goodyear blimp appeared first on ClassicCars.com Journal.