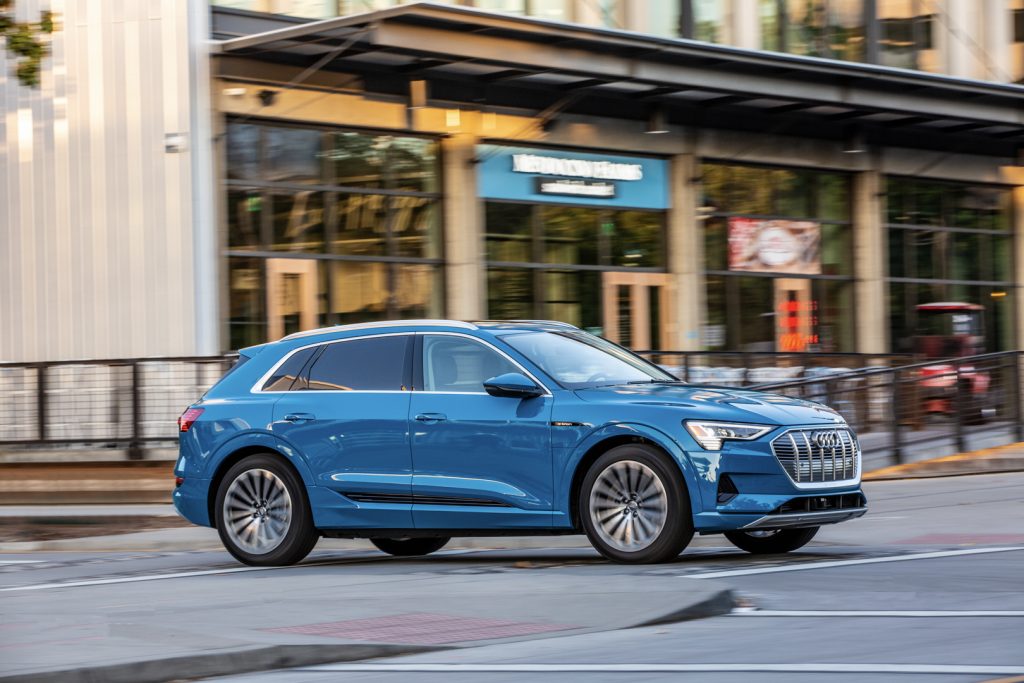 The Audi e-tron is a good overall car but it does have some issues. Its biggest issue is likely its price. Most customers could likely overlook its lack of impressive range if it were a much cheaper car. But at almost $80,000, the e-tron is just too expensive for most EV enthusiasts, especially when it lacks the range of similarly-priced Teslas. However, if you’re willing to take the chance on buying a used electric car, the e-tron can already be had with a heavy discount.

Just a quick search on Cars.com shows that Audi e-trons can be had with little to no mileage in the low $50,000-range. I even found one with just over 900 miles on it for just over $56,000.  And these aren’t cars from shady used car lots, sold by salesman with creepy handlebar mustaches and compulsive crotch itches. No, these are certified pre-owned cars from certified Audi dealers.

So why are they so cheap? Electric cars tend to depreciate far worse than internal combustion engine cars, due to the fear of battery degradation and lack of longevity. So seeing an EV drop $20,000-$30,000 in just a year or two isn’t surprising. With that sort of depreciation, the Audi e-tron all of the sudden looks like a great deal as well.

Part of the reason for the e-tron’s high cost is its high level of luxury. At its nearly $80,000 price point when new, it still impresses with its level of comfort, build quality, material quality and overall luxury. It has both new-school luxury (snazzy designs and clever tech) as well as old-school luxury (cushy ride and quiet cabin). So at just over $50,000, the e-tron is just about the best luxury SUV you can buy. It just so happens to be electric. 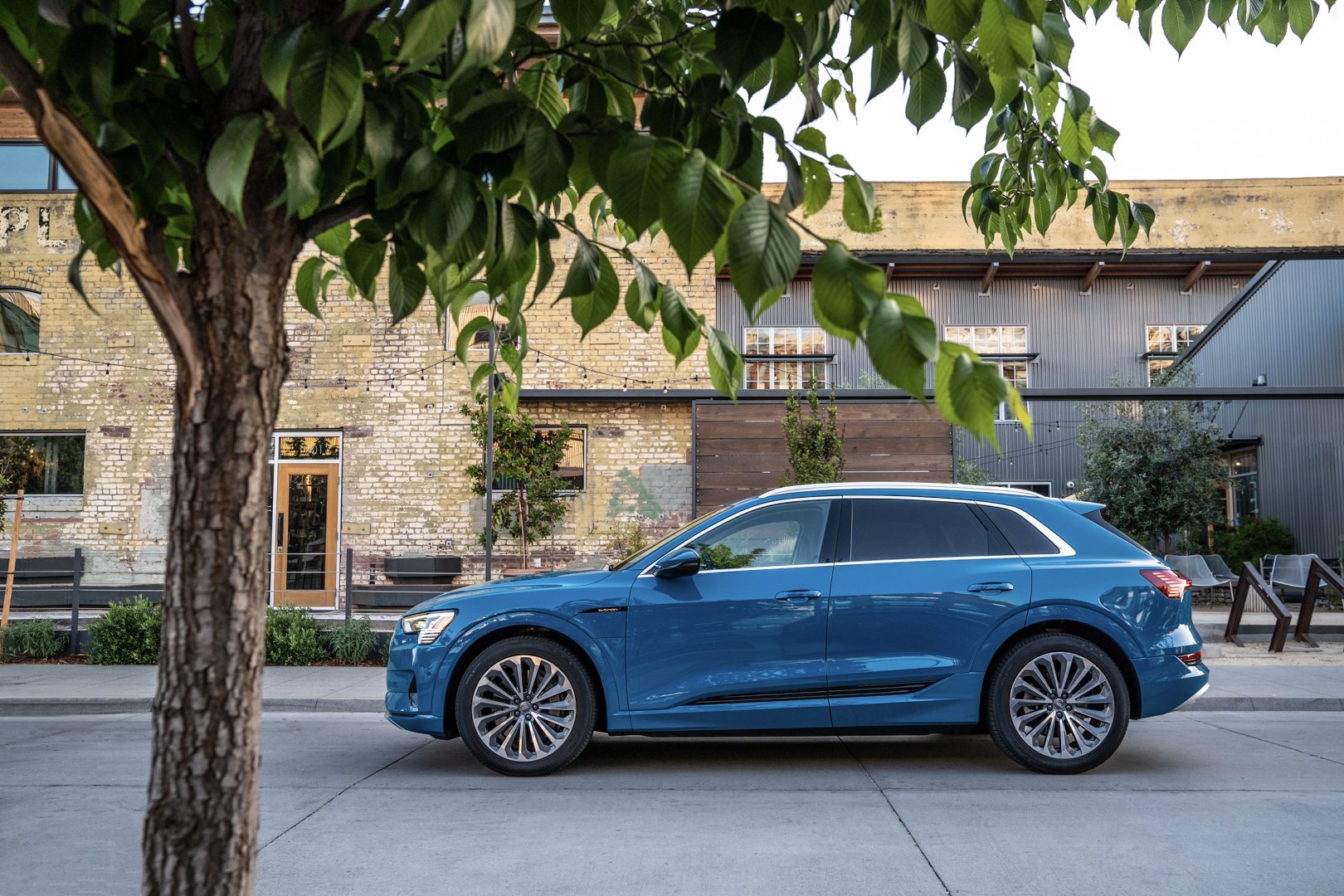 Admittedly, that’s still a lot of money to spend on a used luxury car that’s likely going to continue to depreciate even further. Due to being pre-owned, these e-trons can’t be leased. Therefor, their next buyers have to factor depreciation into their purchase. Which does put quite the damper on the low price of these electric SUVs.

However, if you’re willing to eat that depreciation cost, and the e-tron is still bought within warranty (which it will be, as these used e-trons aren’t old enough, nor driven enough, to lost their factory warranties), then it actually could be quite the purchase. For $50,000-ish, you’d be getting a supremely luxurious Audi SUV with an all-electric powertain and over 200 miles of range. That can’t be said about any other new car on the market. 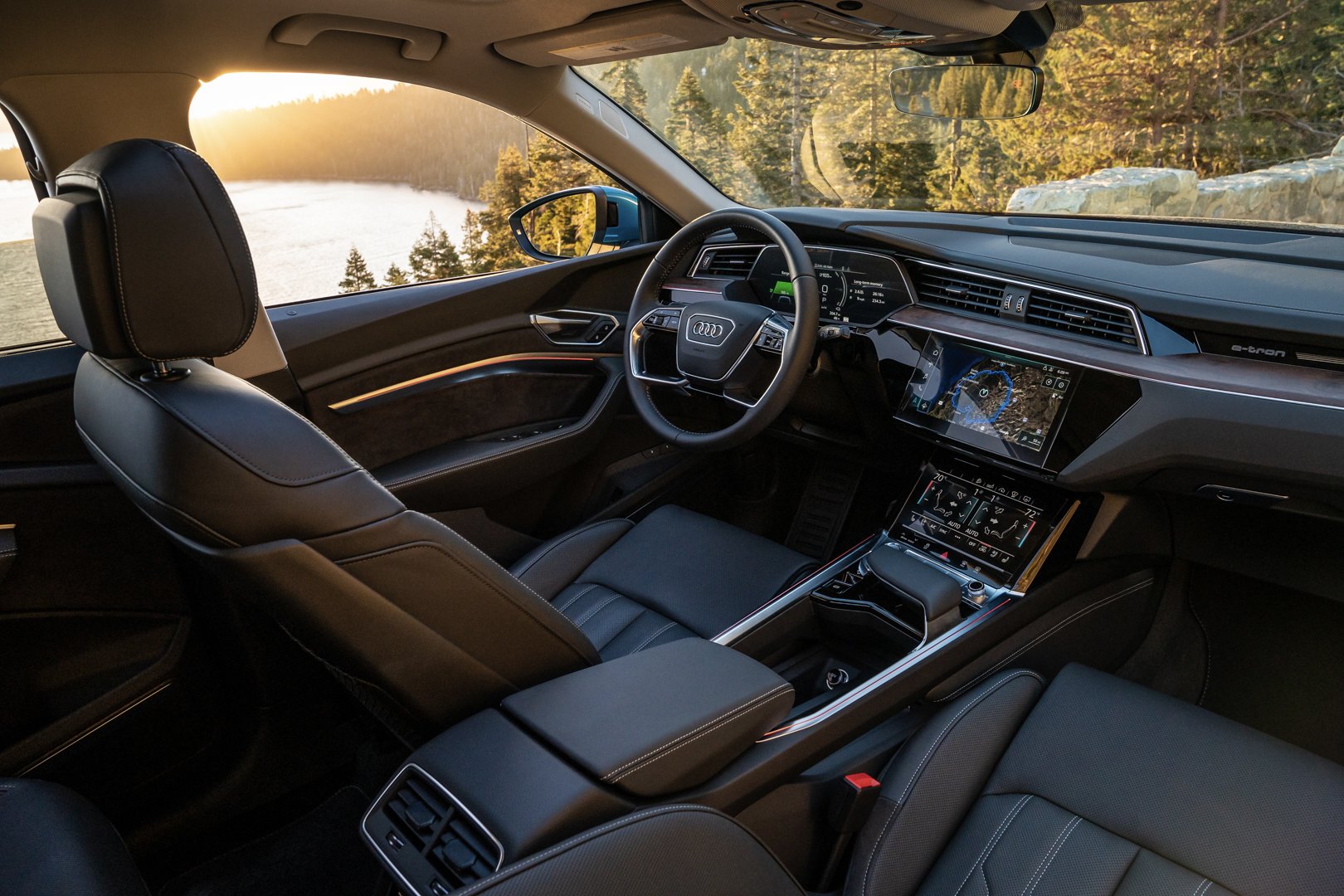 Obviously, there are other great used electric car deals on the market, such as the Tesla Model X. However, I’d trust Audi’s longevity and durability over Tesla’s any day of the week and twice on Sunday. So if I were in the market for a used electric car, the Audi e-tron would be a tough one to ignore.

Editor’s Note: For some great info on the pros and cons of buying a used electric car, check this video out from Engineering Explained.

The post You Can Already Get Big Used Discounts on the Audi e-tron appeared first on QuattroDaily.