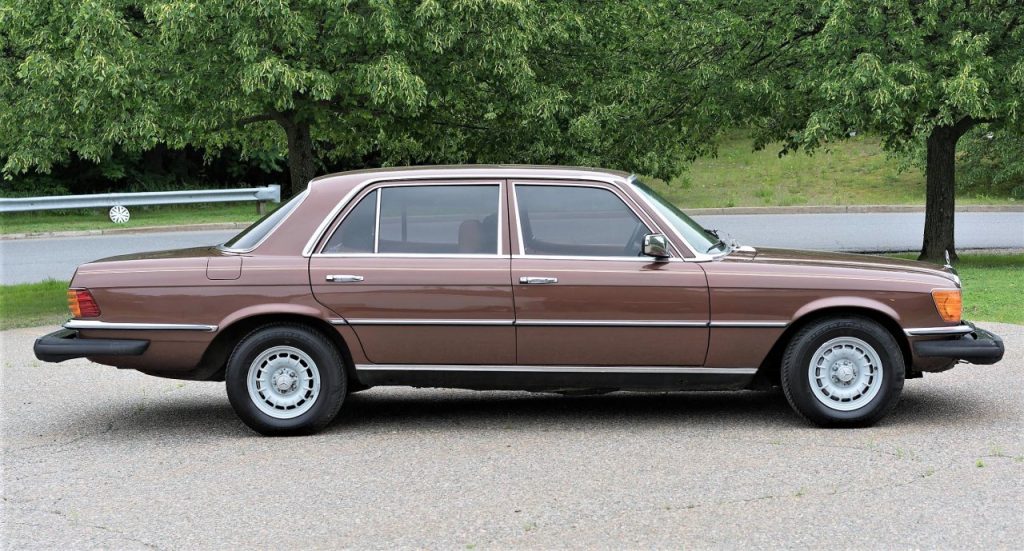 The Mercedes-Benz S-Class is made up of pinnacle automobiles. It has always represented the top-of-the line models from a company that tries to consistently build the best cars in the world.

The first Mercedes model that was officially labeled an S-Class was the W116 sedan introduced in 1972. The W116 was so well-engineered and well-built that in 1977, David E. Davis in a road test for Car and Driver magazine called it, “the best Mercedes-Benz automobile ever sold.”

The handling of a 6.9 is also incredible for the era and still quite surprising. These 210-inch-long cars turn more like a sports car that the heavy long-wheelbase sedans that they are.

This Mercedes 6.9 is being advertised on ClassicCars.com by its private owner in Essex, Vermont, and while not perfect, it is a great example of a driver-condition classic that will be even better if the next owner is willing to attend to a few issues.

The owner describes the car as finished in its original color of Milan Brown Metallic over a tan leather interior. The leather and carpets appear to be in good shape and the only interior flaw of note is that the wood strip around the AC controls needs to be refinished.

The car runs, drives and stops as it should, the seller says, adding that the suspension is in great shape with a recent overhaul that included all new accumulators and tires that are about two years old. The car is originally from Florida and has been stored indoors, the seller adds. The paint looks good with a few small rust bubbles starting on the rear left side trunk well that might be from a plugged drain.

The car includes all books, toolkit and factory first aid kit, according to the seller, who lists the mileage as 160,000.

These 6.9 Mercedes S class cars have been on the rise in value during the past few years. The Hagerty Price Guide lists the value of a No. 3 condition example, which is what this car represents, as being worth $24,400. This car has a modest asking price of $11,500 for an apparently nice car that can be brought up to the next level with a small bit of rust repair.