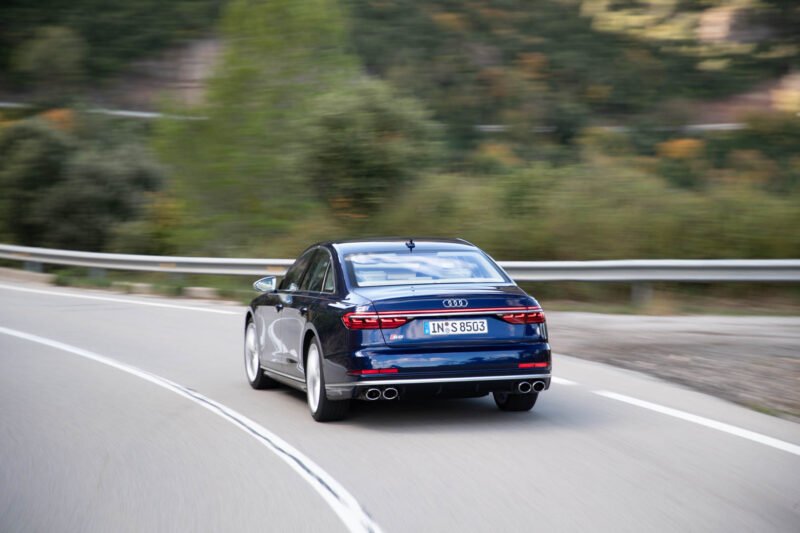 This new Audi S8 could quite possibly be the best one yet. Sure, its engine isn’t as exotic as the 5.2 liter V10 in the D3 S8, nor is is at perfectly styled as the original D2 S8. However, its combination of comfort, straight-line performance and effortless ability is arguably the best, as evidenced by the new video from Lovecars.

As per usual with Lovecars videos, co-hosts Tiff Needell and Paul Woodman both review the new Audi S8 from its looks to its performance.

Inside the Audi S8, you’re met with an incredibly luxurious, high-tech cabin that packs as any luxury features as one could hope for. Sure, its entirely-touchscreen infotainment system can be frustrating for some enthusiasts but overall the tech is impressive.

What’s even more impressive is just how fast and capable it is. Thanks to its 4.0 liter twin-turbocharged V8, the new Audi S8 makes 563 horsepower and 590 lb-ft of torque. That helps it hit 60 mph in the low three-second range. So it’s rocket ship-quick, all while coddling its passengers in the lap of luxury.

However, it’s not bad laterally, either. In this review, they take the Audi S8 to the track, with Woodman behind the wheel and Needell, being the former racing driver he is, giving driving advice from the passengers seat. On track, the S8 is a surprisingly capable machine. Of course, it’s no sports car, as it weighs more than two tons, but it’s still shockingly fun and will actually surprise a few genuine sports car drivers as it passes them.

Obviously, the Audi S8 isn’t the most thrilling of driver’s cars. However, the fact that it can deliver supercar-levels of speed along with luxury car levels of comfort in a practical, handsome package makes it one of the best all-around cars in its price range.

The post VIDEO: 2021 Audi S8 gets reviews by Lovecars appeared first on QuattroDaily.