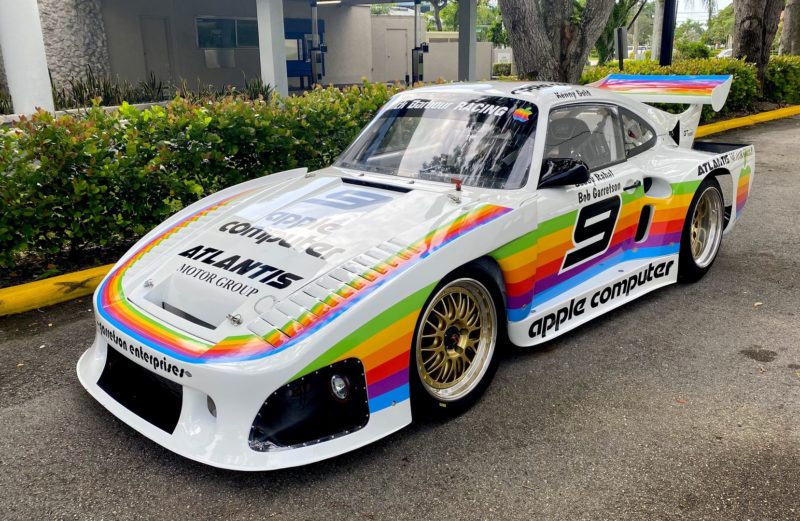 My good god in heaven above, this has to be among the most bonkers Porsches anyone has ever built for any purpose anywhere in the world. Who in their right mind looked at the raucous all-consuming speed demon that was the 935 and thought to themselves that what it really needed was an injection of more performance? This pretty accurate homage to the 935 “Apple Car” has been fitted with a fire breathing 3.8-liter twin-turbocharged GT2-derived engine making over 700 horsepower! Not only that, but the car has been massaged in every manner to make it stronger, better, faster than anything that could have been churned out by Kremer in the late 1970s.

One thing that Kremer couldn’t have done? Source and install the entire double-wishbone rear suspension from a late 1990s Porsche 993. That doesn’t sound like an easy job, what with the grafting in of suspension mounts and whatnot, but apparently it was done to an extremely exacting specification and makes for a more stable and compliant race car. Who would have thought? The 18 inch center-lock rolling stock is a bit big for a 935 body, but it’s needed to fit over the massive Brembo big brake kit that stops the car much faster than any top-spec race brake system would have in the malaise era. Clearly this thing is positively a weapon.

And to top it all off, it was built on a 1969 911 chassis, so someone went totally hog-wild on an old track car and turned it into perhaps the most monstrous thing you could possibly show up with to your PCA track weekend.

Here’s the full spec from the listing:

The car is listed on eBay right now with a Buy It Now price of $299,000. While that surely is a whole lot of money, you couldn’t touch a real Kremer/Dick Barbour 935 for less than seven figures. So if you want a 935 that you can actually use on track without feeling bad about “ruining” an old race car, here’s your opportunity. And if you don’t buy it, I will have to sneak my way out to Boca Raton, Florida and perform an Oceans’ 11-style heist to make sure this rad jammer ends up coming home with me, because there’s no way I can afford three hundred grand to buy it the legal way.

The post Someone Buy This Porsche 935 Tribute So I Don’t Have To Stage A Heist appeared first on FLATSIXES.