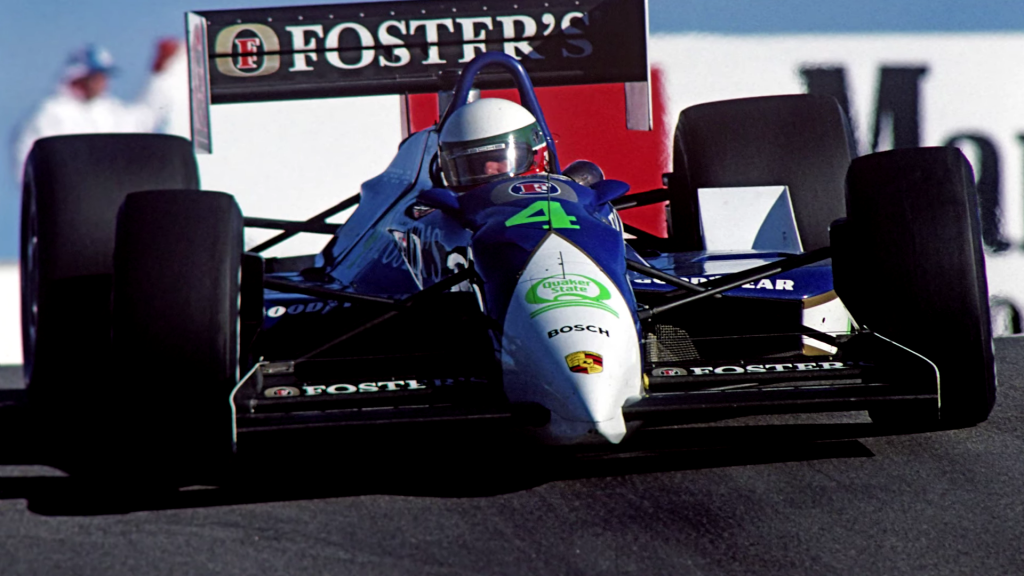 We all wonder what it would’ve been like to drive those frightening, simplistic, unrestrained monsters from the golden era of motorsport, but not often to we get to see rare gems like the March-Porsche 90P driven with a first-person view. Cockpit-mounted cameras were in short supply back then, so when an in-cockpit clip of Patrick Long testing Porsche’s oft-forgotten CART rocket around Laguna Seca appears in your YouTube sidebar, you click the link at least three times.

This continuation of Project 2708 brought Formula 1 technology to late-eighties Indycar/CART. Its 90° V8 displaced 2.6 liters and borrowed the venerable Bosch Motronic fuel system which helped the Porsche-powered McLaren MP4-2/3 win so many races in Formula 1. This V8 was said to be a near-copy of the McLaren’s Porsche-TAG TTE P01 V6, albeit with two extra cylinders added. Long but strong, this powerplant produced more than 800 horsepower with a single turbocharger stuffing its cylinders stuffed full of compressed air. 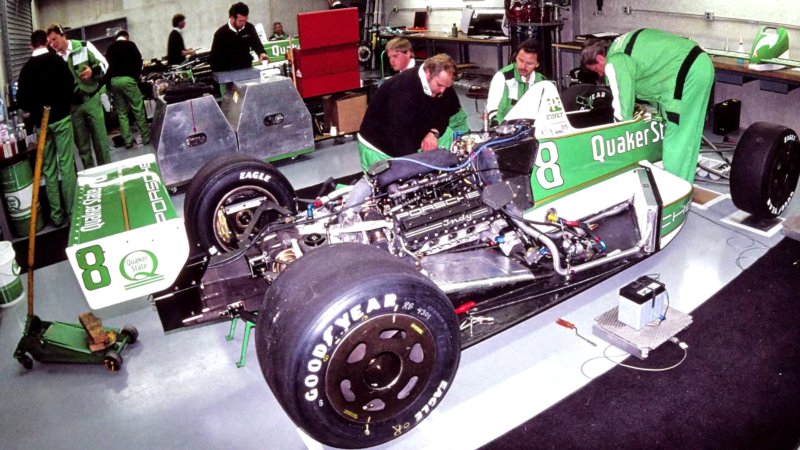 Though the 2708 engine was large, it was still well incorporated in the chassis.

Its ability to sip when others gulped gave this Indycar-specific engine a definite advantage over the rivals’ at the time. In 1989, it powered the March 89P and its driver Teo Fabi to one win at Mid-Ohio, two pole positions, and eight top-five finishes from just fifteen starts. Unfortunately, this successful streak and superior technology didn’t sit well with CART’s officials and, likely for political reasons, the March-Porsche team would not enjoy similar success the following season. 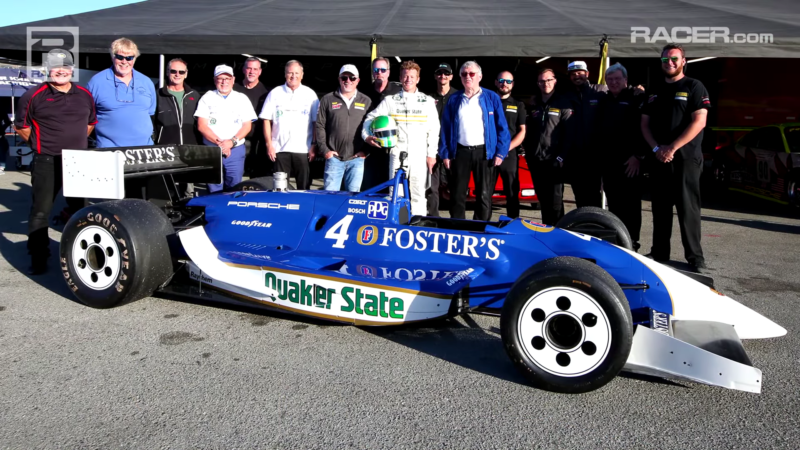 The team secured Foster’s Lager sponsorship for the 1990 season.

In 1990, the team was dogged with a couple major setbacks. Al Holbert’s death had left some of the Porsche officials questioning the value of the March-Porsche program. Also, the new March 90P chassis’ potential was ruined by a last-minute ban; claiming the all-carbon chassis was not safe enough. Funnily, later crash tests proved the chassis to be both lighter and safer than a conventional aluminum tub. 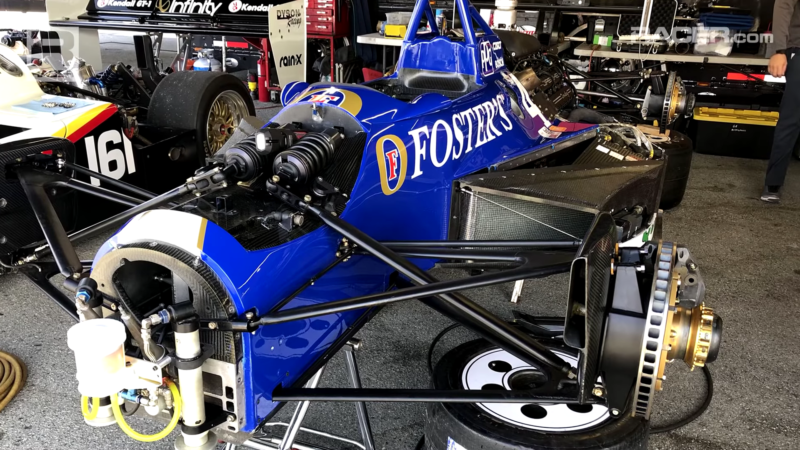 The team returned after several months spent sleeping beside the drawing board with an overweight, half-aluminum, half-carbon tub that simply couldn’t cut the mustard. In thirty-two starts, Teo Fabi could only manage four top-fives, one podium, and one pole position. Pity.

Through the footage below, we can vicariously experience the challenge of driving something so simple, yet still quite refined. As Long remarked, the spool made rotating the car through The Corkscrew and Turn 11 a challenge, but the onboard shows that same spool helped put major horsepower to the pavement. Strap in with Long and enjoy the sights and sounds of a car too advanced for the bigwigs to accept.

The post Porsche’s Indycar Is As Awesome Today As It Was 28 Years Ago appeared first on FLATSIXES.